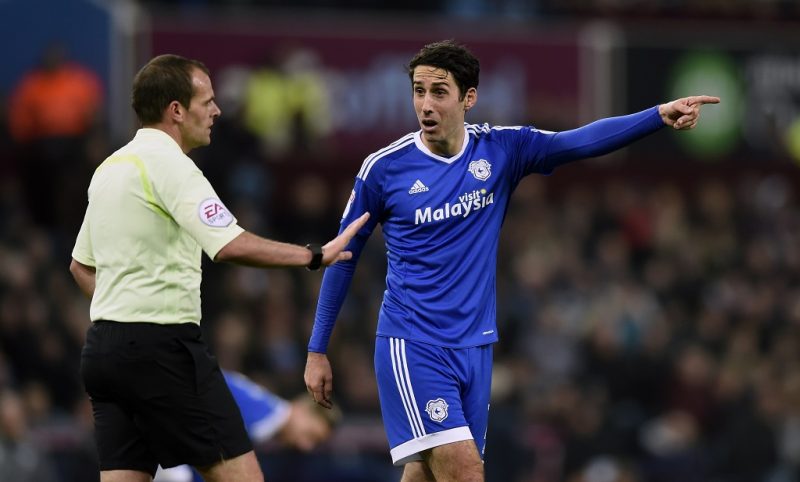 The future of Cardiff City stalwart Peter Whittingham has been cast into doubt after boss Neil Warnock revealed contract talks with the midfielder had reached a stalemate.

Former Aston Villa midfielder Whittingham joined the Bluebirds in 2007 after short loan stints at Burnley and Derby, and has gone on to make over 400 appearances in the Welsh capital.

However, with his current contract due to expire at the end of the season, it remains to be seen if the the 32-year-old will improve those already impressive stats.

Speaking to Wales Online, Warnock said: “We had discussions and couldn’t quite reach an agreement.”

Whittingham has become somewhat of a fringe player at the Cardiff City Stadium since Warnock was appointed at the end of last year, with the experienced manager favouring Aron Gunnarsson and Joe Ralls in midfield.

And as well as dropping out of the regular starting eleven, the strict new Financial Fair Play rules are a reason for the midfielder’s unclear future as the club’s hierarchy try and trim the budget.

“We had a FFP meeting and we should hear about that next week.” said Warnock.

“We’ve looked at players out of contract, those on loan and we should know more about the figures in the next 10 days.”

“We’ve spoken to Peter about a compromised contract and until I know the figures I don’t know what we can offer.”