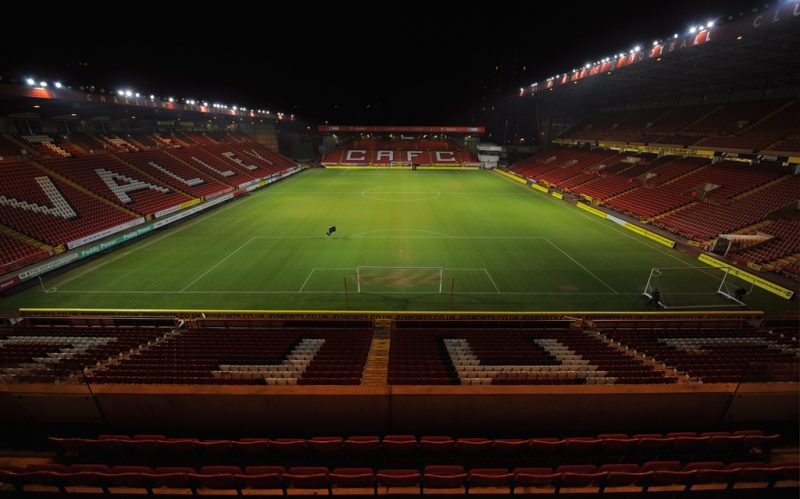 A Charlton Athletic protest group has called on fans to delay purchasing their season tickets for next season following recent rumours that owner Roland Duchatelet was open to selling the League One club.

A large number of Addicks supporters have adopted CARD’s stance of boycotting matchdays in protest over Duchatelet’s ownership, to the detriment of the club’s attendance figures which are on average 5,700 lower than they were two seasons ago.

But recent revelations that takeover advisor Ronny Rosenthal, the former Liverpool and Tottenham Hotspur forward, was taken for a tour around The Valley by chief executive Katrien Meire has been cause for optimism among the Charlton fanbase.

A CARD statement read: “Last summer the club lost 40 per cent of its season-ticket holders and many who did buy later felt they had been tricked by false promises of a promotion challenging squad.

“We welcome the prospect of new ownership, but it is important any buyer understands that the current board of Duchatelet, chief executive Katrien Meire and former chairman Richard Murray is toxic. There is no case for continuity.

“Our passion is Charlton, not protesting, so CARD will end when Duchatelet goes, but like others we are keen to put our energies into supporting new ownership and a new management team in repairing the damage of the last three years.”

A succession of managerial hirings and firings and the side’s relegation from the Championship into League One has created a toxic rift between the boardroom and the fans, who have held protests themed on fake funerals to throwing toy pigs onto the pitch during the team’s league clash with Coventry City last October.

Buoyed by takeover speculation, CARD did advise caution in buying or renewing seasons tickets as they await concrete evidence of a prospective buyer.

“It is obviously for each supporter to make their own decision, but we would strongly encourage anyone inclined to renew to wait for developments.

Charlton have given supporters every incentive to come and watch their team by freezing the price of their cheapest season ticket at £175 – the second cheapest in the EFL this season – with an average price across the board of £370.

While the club has also taken the measure to close four of The Valley’s seating blocks to home fans in order to bring spectators closer together and boost the stadium’s atmosphere.

The south-east London outfit mark the 25th year of their return to The Valley next season.