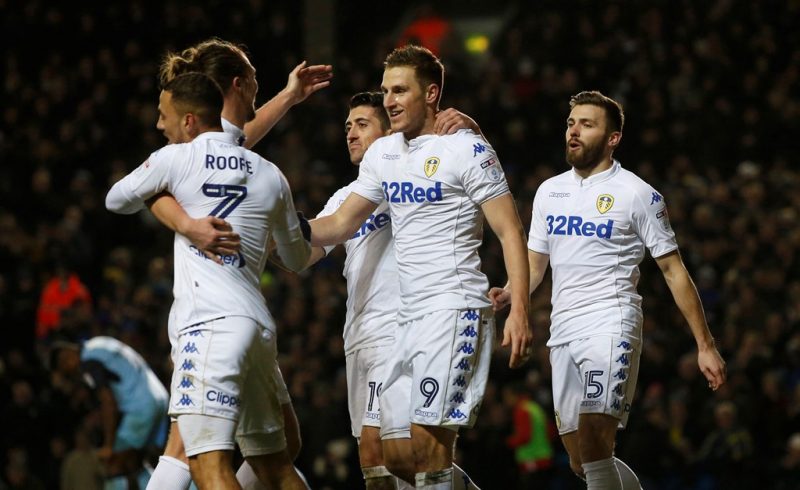 It might only be March, but as the EFL season reaches another typically thrilling finale, the Player of the Season candidates for all three divisions have been announced.

With eight games to go in the Championship, and seven in both League One and Two, there is still a lot of football to be played, but while teams, players and fans continue to focus on how their side is doing on the pitch, a panel from the Football League will cast their eyes over some of the best stars across the EFL.

In the second tier, Leeds United striker Chris Wood, Newcastle hit-man Dwight Gayle and Brighton talisman Anthony Knockaert have all been shortlisted for the prestigious award.

Wood has been absolutely integral to the work done at Elland Road this season, and while Garry Monk has done a fabulous job to transform Leeds from mid-table strugglers to promotion chasers, it wouldn’t have been possible without the New Zealand striker.

The Kiwi has been a battering ram at times this season, and has scored a brilliant 24 goals to lead the play-off charge in South Yorkshire and top the goalscoring charts – with him up-top, nobody will fancy playing Leeds in the play-offs. 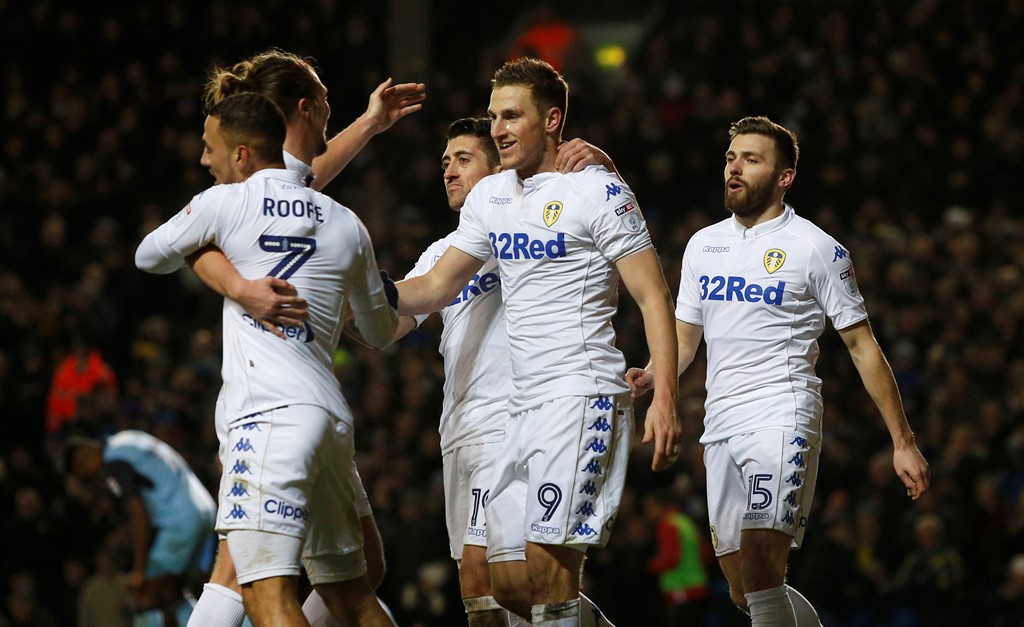 Chris Wood – the main to fire Leeds back to the Premier League? (Picture: Action Images via Reuters)

Only three goals behind Wood in the goalscoring chart is Gayle, a brilliant player at this level and someone who has settled into life at Newcastle seamlessly since arriving at the club last summer.

Despite having his campaign blighted with niggling injuries, the former Peterborough and Crystal Palace striker has been Rafa Benitez’s main man. The Spaniard has often said how important April will be to his side, so will be delighted Gayle is fit and firing for the run-in.

The mercurial French winger has been excellent all season for Chris Hughton’s Brighton, even in the face of personal tragedy when his Dad passed away in November, and has seemingly used that grief as a tool of inspiration as he looks to reach the Premier League.

With 13 goals, Knockaert is the topscoring midfielder in the division, and also has seven assists. His dazzling footwork and devastating end product will be vital in the coming weeks as the pressure mounts on the teams at the top.

Chris Wood, Dwight Gayle & Anthony Knockaert have been shortlisted for the @SkyBetChamp Player of the Season. Who deserves to win?

In League One, it is no surprise to see leaders Sheffield United with two candidates for Player of the Season, in the shape of leading scorer Billy Sharp and midfield maestro John Fleck, while Scunthorpe’s Josh Morris is also up for the award.

Sheffield United have been league leaders for the majority of the League One campaign, and Billy Sharp has played a big part in that as Chris Wilder looks to lead his boyhood club back into the Championship.

The 31-year-old striker has been in imperious form all season, firing home 26 goals to lead the goalscoring charts. To gain promotion with the club he so clearly loves would be a dream come true for Sharp, and the Player of the Season award would be the cherry on top. 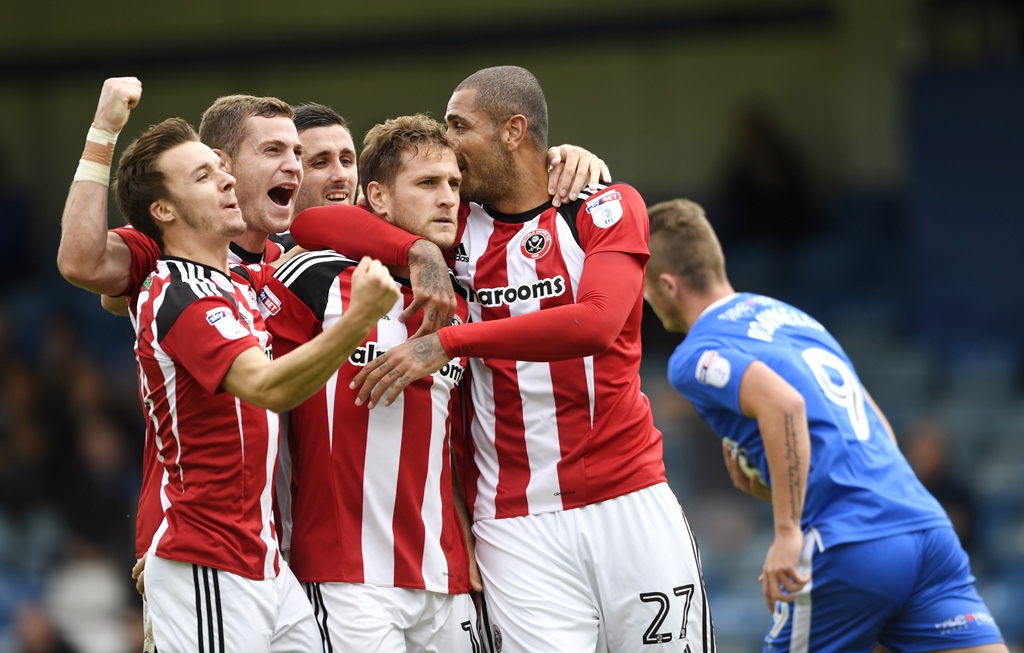 Billy Sharp has enjoyed an excellent season in front of goal. Will he be celebrating promotion with the Player of the Season award? (Picture: Action Images via Reuters)

Sharp might have stolen most of the headlines this season, but behind him, in the Blades midfield, John Fleck has been just as important to the success Wilder’s side have had so far this season.

Since joining from Coventy last summer, Fleck has been almost ever present for Sheffield United, making 36 appearances to become one of United’s main men. With 12 assists this season, Fleck’s form has been an essential reason as to why Wilder’s side are the division’s leading scorers.

After Scunthorpe’s excellent start to the season, many were tipping the Iron to win the league, but while that may not come to fruition, with the play-offs a likelier route to the Championship, Morris is well in contention to be crowned the best in the division.

Since arriving from Bradford, the left-winger has been excellent for Gary Alexander’s men. By the end of September, he already had 13 goals, better than any of his previous season’s in senior football, and was the leading scorer in Europe. Morris now has 19 goals, and will be key if the play-offs are the end of season destination for Scunny.

.@SUFC_tweets‘ Billy Sharp & John Fleck are up for the League One Player of the Season, as is @SUFCOfficial‘s Josh Morris. Who wins? ⬇️

Much like in League One, the Player of the Season candidates in the fourth tier are dominated by the league leaders. Darren Ferguson’s Doncaster are represented by captain James Coppinger and topscorer John Marquis. The other candidate is Luton forward Danny Hylton.

Despite a disappointing defeat to fellow title candidates Plymouth yesterday, Ferguson’s side are in a strong position to make an instant return to League One, and that would be some way to celebrate a memorable campaign for Coppinger.

The Doncaster stalwart is currently enjoying his 13th season at the Keepmoat Stadium, and in September, celebrated the amazing achievement of making 500 appearances for the club by scoring in a 5-1 win at Morecambe. In total, the 36-year-old has scored nine goals this season. 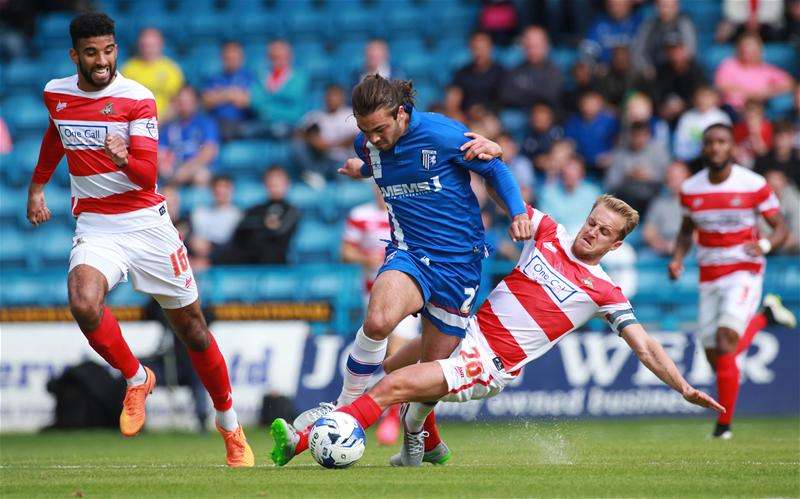 Coppinger’s table-topping teammate John Marquis has been excellent all season for Doncaster, and has seemingly thrived since arriving at the club permanently, after numerous loan spells at clubs such as Northampton and Portsmouth offered him no stability.

With 23 goals this season, the 24-year-old has been the spearhead of the Donny attack, and if the team do manage to get across the line and win promotion to League One, possibly as champions, Marquis will have played a huge part in that.

The 28-year-old striker has 19 goals and five assists so far this season, and is imperative to how Luton play. Manager Nathan Jones has sung Hylton’s praises all season long, calling him the best player in the division. Will the EFL panel agree?

In League Two, @drfc_official pair James Coppinger & John Marquis are up for Player of the Season, as is @LutonTown‘s Danny Hylton. Winner?