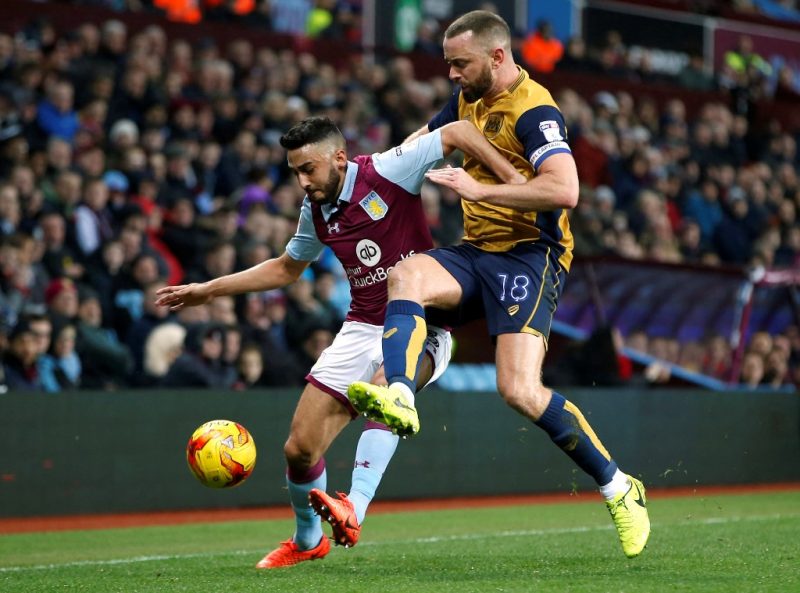 NEIL Taylor got rid of a lot of furniture last summer. Gave it away to charity. Now he’s at a club in the process of cleaning their house. Aston Villa may not be a charity case, but they are still in need of help.

Taylor moved from Swansea on transfer deadline day in a £5m deal that took Jordan Ayew to Wales.

He was part of a Swansea era in which the Swans grew Premier League feathers. The city beamed with pride at the stature of its football club.

“Swansea the football club lifted Swansea as a city. I think that is 100 per cent true,” says Taylor.

“From what I’ve seen in Swansea, it changed people’s lives. Not just the players, but the businesses, the industry and the fact that Swansea were now on the map because the Premier League is a global brand.

“You could almost guarantee the rest of the world didn’t know where Swansea was until they were a Premier League team. For sure, that changed everything.

“It makes you realise how big a task it is to stay in the Premier League, not just for you, but far wider than that.

“It’s the same here for Villa. As much as relegation had obviously affected this football club, I could still see the fans turning out, home and away, in a ridiculous amount of numbers, to be honest.

“That shows you how deep-rooted this football club is in the community.”

Swansea are going through now what Villa went through season after season, battling relegation, often not convincingly, and finally – if you like black humour – succeeding and going down to the Championship. 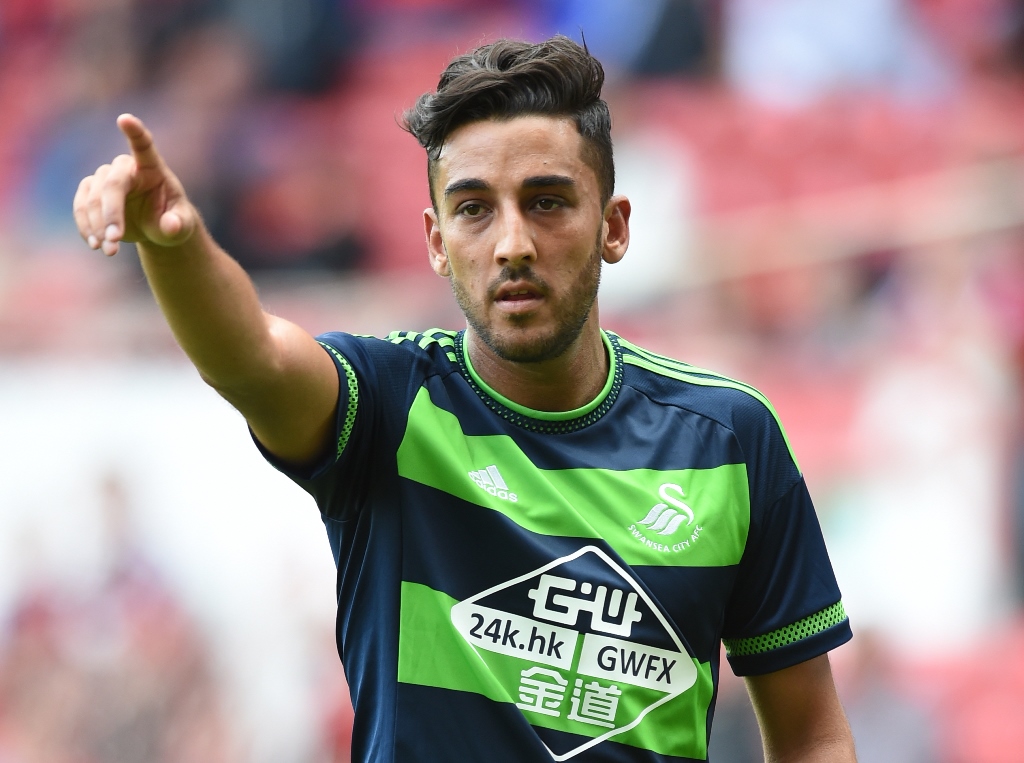 Villa got through a bus-full of managers in the process, Swansea are on their third this season, but look to have made a good choice – to Derby owner Mel Morris’ surprise maybe – in Paul Clement who has brought order, understanding, planning and knowledge to the job.

It was different under Clement’s predecessor Bob Bradley.

“Under Bob Bradley there were probably five changes every game,” says Taylor, talking about how it all ended for him at Swansea after seven seasons, during which promotion, the League Cup and Premier League recognition were all achieved.

“I was in and out with Bradley,” adds Taylor of the American’s 85-day reign.

“Everybody in the team seemed to be in and out. We didn’t have a settled team at all. Hence why we were bottom of the league at Christmas. So it wasn’t great.

“But I probably knew it was time to challenge myself. Maybe coming back from the European Championships with Wales last summer, I needed to get that fresh challenge again and go and try something and prove myself.

“When you have been somewhere for seven, eight years you can go a bit stale. That’s why I made the decision to go to Villa.”

Before Villa’s game yesterday at Wigan, Taylor had played seven, won four and lost three. But Villa had conceded only four goals, something that pleases him as a full-back.

“I’ve got to be honest, I’m old school in that I enjoy clean sheets as a defender. I’m probably a dying breed of full-back. Most of them now like to score and assist. I enjoy being part of a back four that keeps clean sheets.

“But it is about time I chipped in with a couple more goals.”

He’s only ever scored four, three for Wrexham in Non-League and one for Wales in a 3-0 win over Russia that left the Welsh top of their qualifying group on that exciting run to the Euro semi-finals. 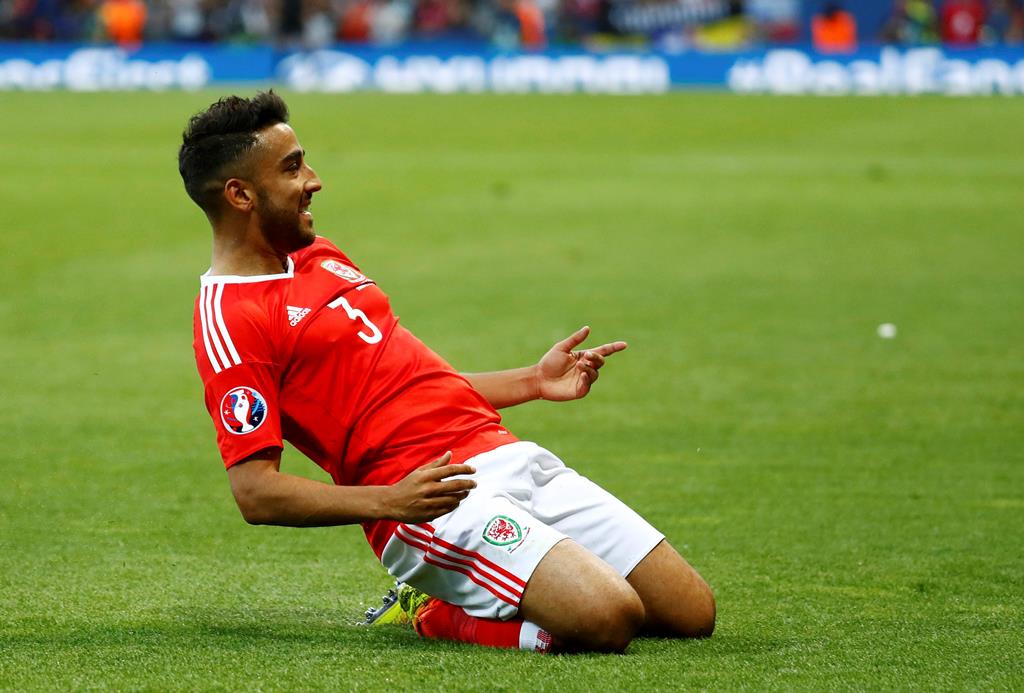 Big moment: Taylor scores for Wales against Russia at Euro 2016, and progressed through to the semi-finals in France (photo: Action Images)

“My last one for Wrexham was a volley at the back post against Grays. Not a bad finish in front of about 400 people. The other two were pretty much a tap-in.”

Taylor’s professional debut was for Wrexham against Villa – a 5-0 home thrashing in the League Cup of 2007-8 when Martin O’Neill had John Carew, Ashley Young and Stiliyan Petrov and the club was trying to become a powerhouse of the English game once more.

“That was an eye-opener,” he said. “Villa were a top-six club in the Premier League.  They had stars throughout the team. Our aim is to get the club back to that level. I get a special feel playing for Villa at Villa Park.

“You’d expect, when a team has dropped down to the Championship, you’d lose a lot of fans but they haven’t here.

“There is just one bit of the top tier of the main stand that’s closed. The rest is filled every game.

“Only teams like Newcastle and Villa can do that. I’ve been nicely surprised. If we were top two or three in the Championship, that top tier would be open and full.

“That’s why I’ve come here because I want to be part of those games and those days when the fans are in, the ground’s full and rocking.

“It’s why I signed. It was a hard decision. I still had a couple of years left on my contract.

“I didn’t have to make any quick decisions. I am uprooting my family and my kids at school, so it is not something you take lightly.

“But, at the age of 28, I wanted to try something new. As a player you only play for a certain amount of time and I wanted to come and play for what I think is a very big club. I think we have found our feet now as a group of players. We have to make sure we finish this season strongly, ready for going into the next.

“You could see the club was on its way out of the Premier League last season. But the club has made a bold decision and decided  ‘you know what, we are going to rip the roots out of the club and start again’.

“Playing for Aston Villa in this league brings its pressure. But that’s what you want. It’s what everyone is crying out for, it’s what every football club wants, to be at that level where everybody envies them.

“So, when you do get it, you can’t complain. And we’ve got it. So you have to embrace it.

“Steve Bruce, the manager, has spoken about it a lot, having players here that can handle playing at Villa Park because every game is a big game. 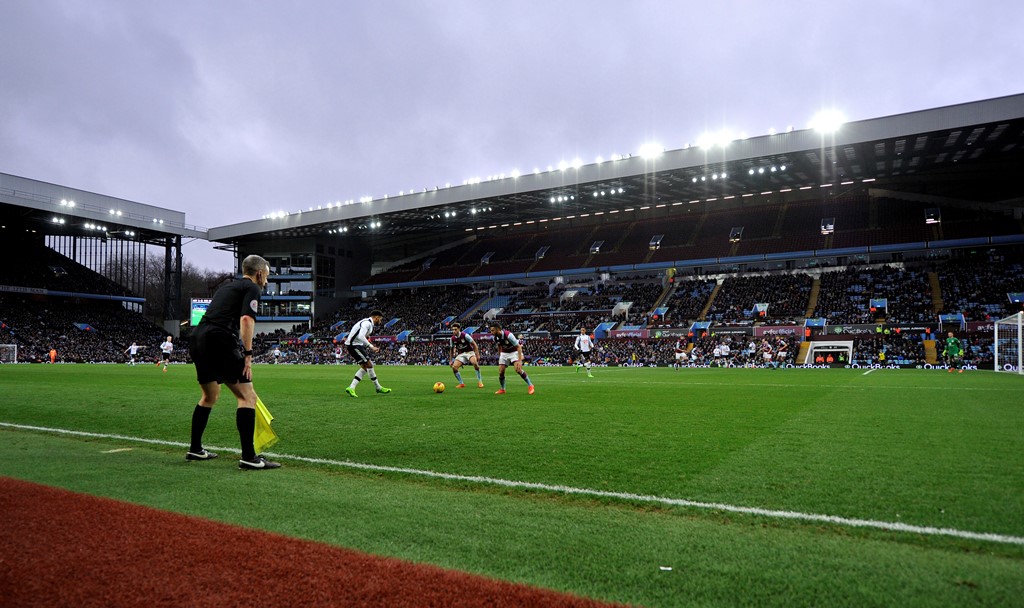 “I have noticed everyone playing Aston Villa goes up that per cent.”

When Taylor was playing for Swansea, they were dubbed Barcelona in disguise because of their style. What can Villa become?

“Whatever the manager wants them to be,” said Taylor. “It starts with the top and works its way down.

“The manager’s job is to get the right team, the right formation to get out of this league.

“The reason the club employed Steve Bruce is because he’s an expert at that. There is no doubt that, under him, this club will get it right, it’s just in which time frame we are going to do it in.

“Since I’ve been here, I’ve played Newcastle, Huddersfield and Sheffield Wednesday and, for me, there’s definitely nothing for this club to fear.”