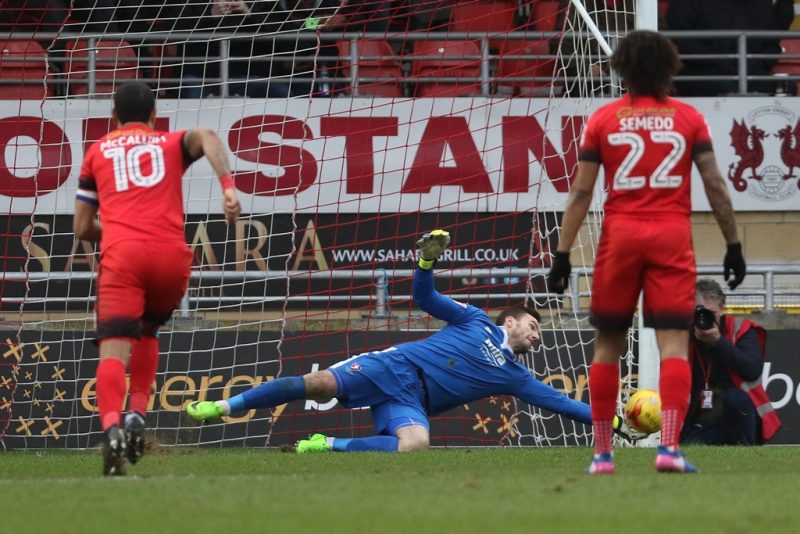 SCOTT Brown has spent a third of his life at Cheltenham – and, while he is loving his second spell with the Robins, the goalkeeper admits he has unfinished business with Wycombe Wanderers.

Brown returned to Cheltenham on loan in January having spent a decade with the club before leaving for Aberdeen in May 2014. He then signed for Wycombe in the summer.

The 31-year-old has certainly had an impact. When he joined, Cheltenham were in the League Two relegation zone, but he helped them to a 3-0 win over Accrington on his debut in mid-January and the Robins have been soaring ever since.

They headed into yesterday’s clash at Exeter in 18th place, seven points above the drop zone.,

Brown has more than played his part. He went into yesterday’s game off the back of four clean sheets, not to mention a penalty save and a man-of-the-match performance in a 1-0 win over fellow strugglers Leyton Orient last month.

But, as Brown laughs in the face of the old adage that you should never go back, the shot-stopper admits his future is still very much up in the air.

“I am 31 now and I have spent ten and a half years at Cheltenham,” he said.

“That’s a third of my life going to the training ground and doing the drive up and down the M5.

“The club feels like a second home to me and I am thankful to the gaffer (Gary Johnson), the lads and the fans who have all been great with me.

“I am enjoying my time at Cheltenham, but I am looking forward to going back to Wycombe next season.

“I never missed a single game through injury during my career and then, in my first game for Wycombe, I got injured and was out for 12 weeks.

“To be fair to Jamal Blackman, he came in and did well, which meant I had to go elsewhere.

“I am grateful to Wycombe for allowing me to go out and get games as they could have kept me on the bench.

“I have another year on my contract at Wycombe. Everyone at Cheltenham keeps asking me ‘could I stay?’ and I can’t say yes or no.

“At the moment, I am heading back to Wycombe and I’m really looking forward to it. I think the manager, Gareth Ainsworth, is second to none. He has done a brilliant job with the low budget he has.

“They looked after me while I was there and I can’t wait to get back. I have spoken to the gaffer and the goalkeeping coach, so we will see what happens.” There is plenty of football to be played between now and the end of the season, with Brown’s parent club still in with a shout of playing in League One next term.

That could have an effect on Brown’s future, not to mention that of Blackman, who has installed himself as the Chairboys’ No.1 while on loan from Chelsea this season.

But, for now, Brown is only focused on the task at hand as he bids to ensure Cheltenham avoid an immediate return to the National League. 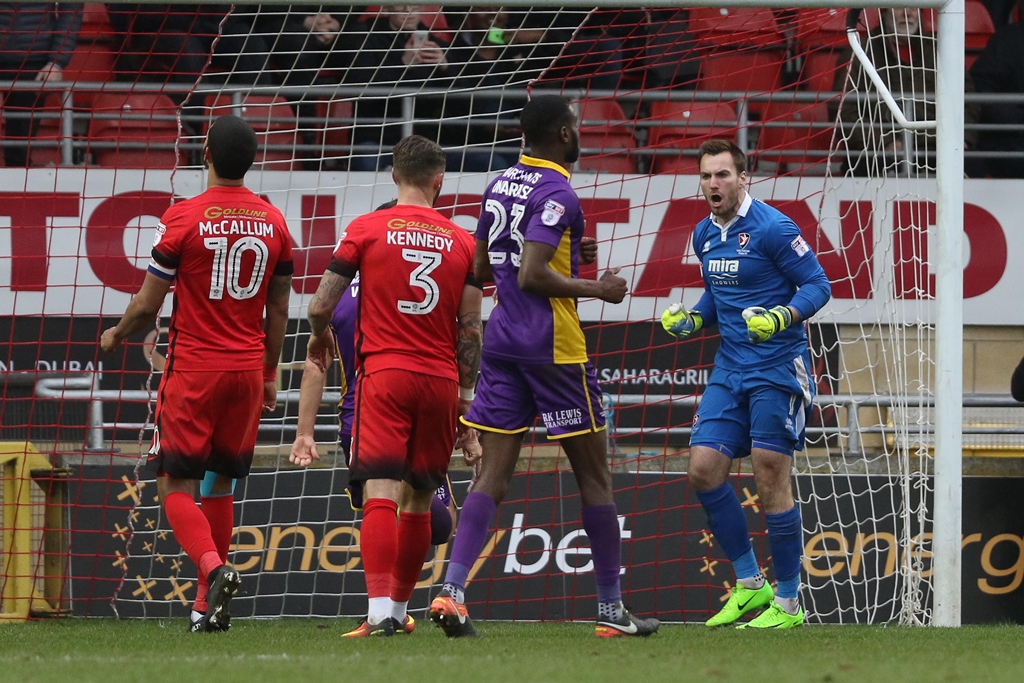 “Our recent run has been great, but we are not taking anything for granted as the ultimate aim is to stay in the Football League,” he added.

“The Leyton Orient game was great. We knew what a massive game it was.

“They could have been level with us if they had won, but a win would see us open up a six-point gap.

“So to help us do that with the penalty save was great.

“I have loved the games since I came back and, if you look at the form table of the last ten games or so, we would be sixth or seventh.

“We are playing well and just have to keep this up. I really want to make sure Cheltenham are playing in the Football League next season.”