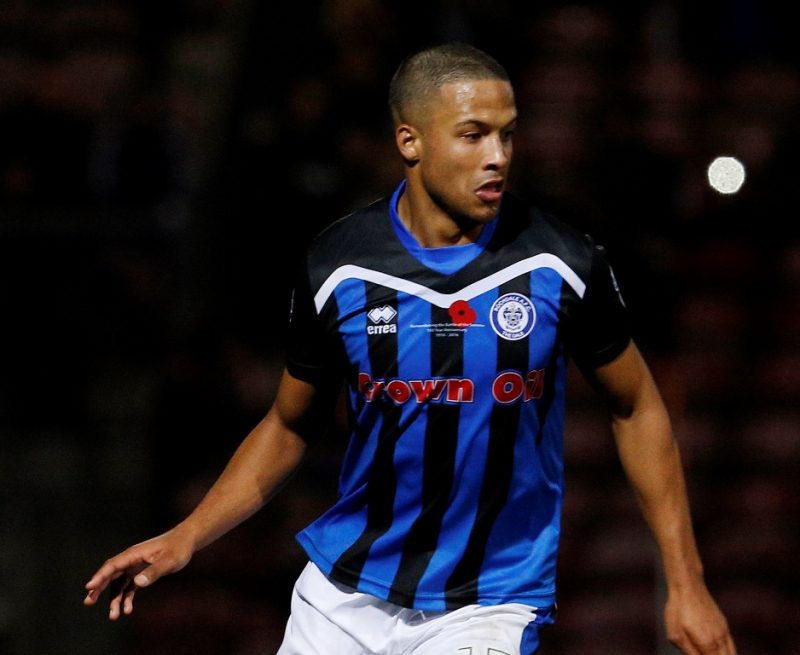 Rochdale midfielder Joe Thompson has released a moving statement following the confirmation by his club that he has been diagnosed with cancer for a second time.

The 28-year-old beat Lymphoma when he was first given the devastating news in October 2013, and upon its return after almost four years in remission the player published the following statement saying he would fight the hard fight again.

Hello to you all

It is with regret that I have to inform you that my cancer has returned.

That given I will fight this life hurdle with the same belief, courage and desire as my previous battle.

The support shown to me since I discovered my illness has returned has been immense.

I would like to thank my wife, Chantelle, who was my rock in my first encounter and will once again be by my side with the same encouragement, discipline and strength. Not to mention the love shown to me by both my wife and beautiful daughter Thailula-Lily who are both my motivations daily.

I would also like to thank the Manager and his Staff, there are no words to describe this group of people. They gave me an opportunity at the beginning of the season and I hope I have repaid their faith in me with what some say is the best form of my career. Also, to my teammates, this unique group of Players who all believe in each other and keep on over achieving.

To the board and the fans of my hometown Club which I am so honoured to have returned to and so proud to wear the shirt of, thank you for the warmth and support you shown me upon my return and continue to do so.

A big thank you to my Union too, the PFA, especially John Bramhall. Their support commenced within hours of my diagnosis and me and my family are extremely grateful.

I came back from a goal down before, not only to equalise, but to take the lead. This illness may have found an equaliser but the quest for me to get the winner starts today and I can assure you I will get the most important win of all time.

Thank you to you all.

Players and football fans helped to raise over £20,000 in aid of charity research into Leukaemia and Lymphoma as Thompson was treated with chemotherapy for six months and received the all-clear in June 2014.

Two months later in August Thompson was lining up for his club at the time Bury in their League Cup match against Bolton Wanderers.

Rochdale chairman Chris Dunphy stated earlier today (Thursday): “Joe is part of Team Rochdale and friend to all of us, and our thoughts are with him and his family.

“We will support Joe through this difficult time and will be with him every step of the way.

“He has the full support of everyone at the club and we will do everything we can to help him beat this horrible disease for a second time.

“We know he’s a fighter and I’ve no doubt he’ll fight this with the same bravery and courage as he did the last time.

“We wish him a full and speedy recovery.”

I Would like everyone to retweet this please and show that football sticks together. @JJL_Thompson you are in all of our thoughts ????⚽️????????

You can't keep a good man down! An inspiration to us all already. No doubt you'll come back stronger again bro. @JJL_Thompson ???????? pic.twitter.com/oWga5tp9fX