Home / Featured / Hurst’s constant stream of advice has given me my mojo back, says Shrews loanee Ladapo

Hurst’s constant stream of advice has given me my mojo back, says Shrews loanee Ladapo 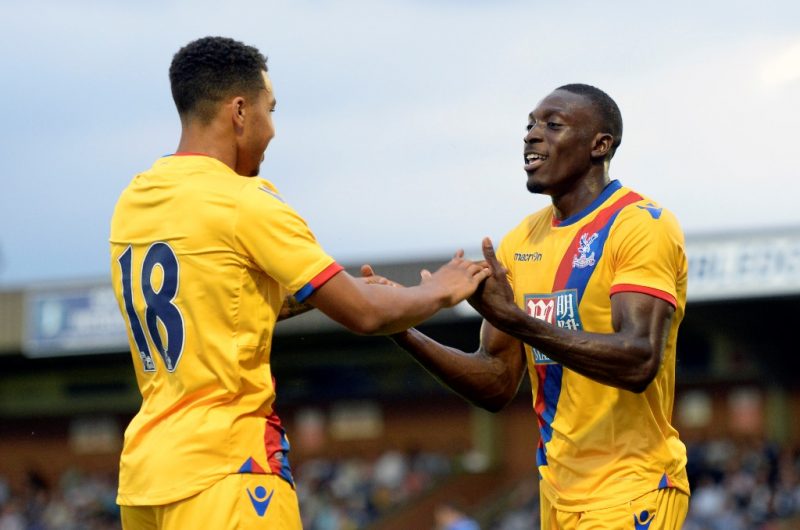 STRIKER Freddie Ladapo credits a simple bit of advice from Shrewsbury manager Paul Hurst for transforming his fortunes – “Stay in between the sticks.”

The 24-year-old Crystal Palace forward spent the first six months of the season on loan at Oldham  but netted just three times in 22 games.

However, since moving to Shropshire for a temporary spell last month, Ladapo has rediscovered his mojo – netting four goals in his first six games and helping the Shrews climb out of the League One relegation zone.

It has been a tough season so far for Town.

They propped up the table in the early weeks before new manager Paul Hurst started to turn things round.

They had won five of their last seven league matches heading into the weekend, while Hurst has also reignited Ladapo’s confidence and turned him into a regular goalscorer.

“Before my first game, the gaffer said to stay in between the sticks and the goals will come,” said Ladapo.

“So, now I do that. My all-round game has got a lot better. “My first touch is better and he is always giving me advice.

“Things are going well and that is down to the manager coming in.  “He has brought in a different mentality and got what he wants out of the team.

“I am finding myself in better positions here.

“My work-rate has always been good, but I am working hard to get into those positions to score goals and the chances are coming now.

“At Oldham I did not spend enough time doing the things I needed to in order to score goals.

“The work-rate was still there and I still got a couple early on, but it took a while to get used to the league.

“Now, I know what the league is about and I am getting the goals.

“At Oldham, it was a struggle.”

Ladapo’s career has been unusual, to say the least.  The Romford man started out at Colchester but dropped down to Non-League to prove he was good enough, before being given a chance by Palace last year.

He is yet to make his debut for the Premier League Eagles but is in contact with coach Mark Bright every week. And Ladapo believes he is proving to the club – and himself – that he is cut out for this level after two years at Kidderminster Harriers and Margate.

“When you go down to Non-League, you see how much of a struggle it is to get back,” added Ladapo.

“You always have hope and I told myself I really needed to focus. I believe whatever you put your mind to, you get rewards for.

“But I never expected to go from Non-League to Palace.

“I always thought I would make my way up to League Two and then League One.

“I did have offers to go there until Palace came calling and invited me for a trial. I didn’t believe it at first. I was getting calls from the National League and League Two and then Palace were on the other end. I thought someone was pulling my leg!

“It is still not easy to go on loan, make an impact and show yourself to the world. So, whatever I do at Shrewsbury is going to help me in my future sooner or later.

“It will get me into the Championship or the Premier League – that is what I hope.”

*This article originally featured in The FLP’s 26 February edition.