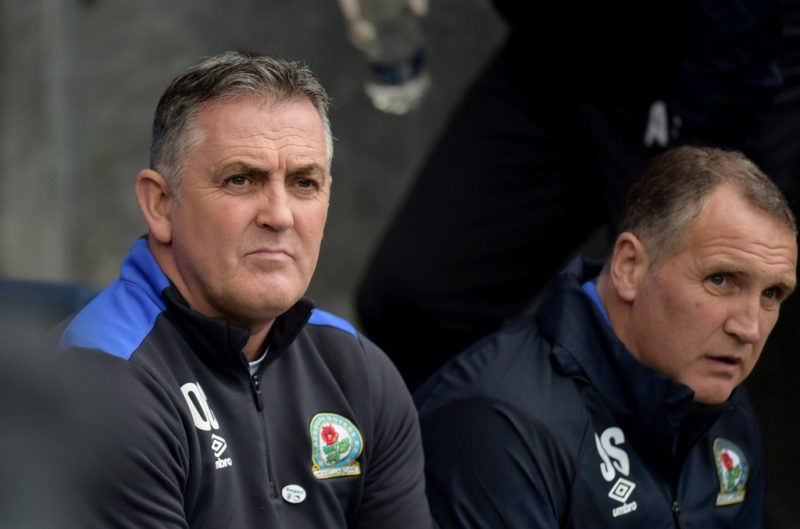 The 50-year-old Scot has been in charge of the Lancashire side since June last year, but won just 11 of his 37 games in charge and struggled to win over large sections of support due to his Burnley connections.

Fans have also been extremely vocal against their controversial owners Venky’s in the last few months, and this season has been marred by protests and boycotts that have overshadowed what has been going on on the pitch, making Coyle’s job increasingly difficult.

A statement on Blackburn’s website read: “The decision has been taken in order to give the club the best possible chance of climbing to a position of safety in the Championship in the remaining 15 games, which starts with the big trip to Burton Albion on Friday night.

“The club would like to place on record its thanks to Owen and his staff for all their efforts this season and we wish them well for the future.

“The search for a new manager will begin with immediate effect. No further comments will be made at this stage.”

Despite Blackburn’s lowly position and their awful run of form, the sacking of Coyle and his backroom staff comes as somewhat of a shock after the side had shown signs of improvement in recent weeks, most notably against Sheffield Wednesday in the league and Manchester United in the FA Cup.

Against the Owls, Blackburn were beaten 2-1 but were unlucky not to claim at least a point, while Jose Mourinho needed Paul Pogba and Zlatan Ibrahimovic at their best to avoid a replay against Coyle’s men.

Speaking after the United match, Coyle said: “We had to use that to move forward.

“If we put in the last two performances again on Friday and then the three games at home, we can capitalise on that.”

Sadly, Coyle won’t get the chance to capitalise, and it seems his former players will travel to the Pirelli Stadium without a full-time boss at the helm.