Home / Featured / Gambin: I can’t wait to get going with my new challenge but won’t forget my time at Barnet

Gambin: I can’t wait to get going with my new challenge but won’t forget my time at Barnet 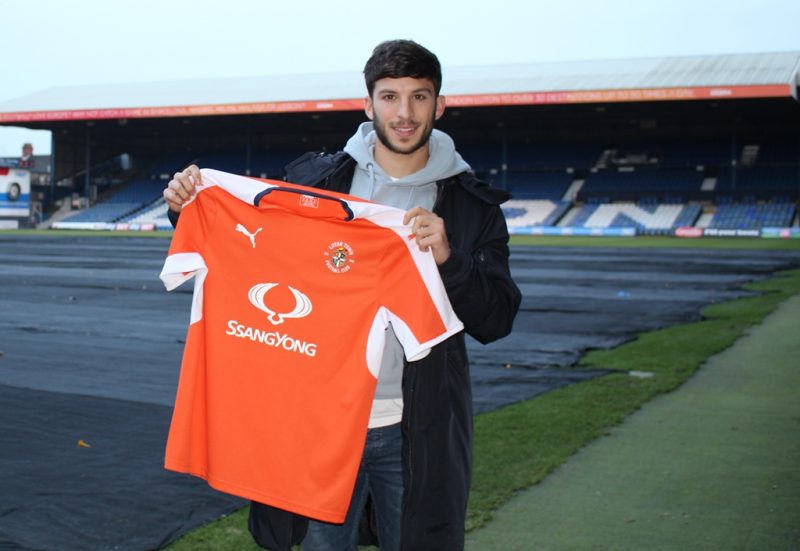 NIPPY winger Luke Gambin admits it was a wrench to leave his beloved Barnet – but the lure of Luton Town ultimately proved too strong.

The Sutton-born wide man came through the ranks at the Bees and went on to play more than 100 times for the club, helping them win promotion to the Football League in 2014-15 and then re-establish themselves in the division,.

The 23-year-old also earned international recognition with Malta while playing for Barnet. However, he now feels it’s time to take the next step in his career.

He said: “I was at Barnet a long time and really enjoyed it. The fans and the club were brilliant.

“I had a few different managers and Martin Allen left recently (to join Eastleigh), but I wouldn’t say his exit was the reason I left. I know the manager in charge now, Rossi Eames, and I got on well with him, but I wanted a fresh challenge and, when Luton came my way, it stuck out.

“I know the club well having played against them (indeed his last game for Barnet was a 3-1 defeat at Luton on New Year’s Eve) and playing at Kenilworth Road is brilliant. The atmosphere is great. It’s a massive club.”

While some will no doubt see Gambin’s move as a step sideways, bearing in mind Barnet and Luton are in the same division, the player is optimistic his new club will be playing at a higher level before long.

“They are in a great position and they’ve got great quality in the side,” said Gambin, who signed a two-and-a-half year deal, with the club having the option for a further year, for an undisclosed fee. “Anyone in those play-off positions should believe they have a chance.

“It would be brilliant to do it this season, but if it doesn’t work out, at least the club is moving in the right direction.”

Another draw for the 5ft 6ins winger was the chance to work with Hatters boss Nathan Jones, one of the most highly regarded young managers in the game.

“He’s very enthusiastic and knows what he’s talking about,” said Gambin. “The training has been brilliant so far, and the work off the pitch in terms of things like sports science has been very positive.

“I can’t wait to get going. I want to bring something extra to the team and help them.”

One date Gambin already has in his diary is Saturday, April 8 – when Luton visit his former club in what could be a vital League Two encounter.

“I played for Wimbledon as a schoolboy and then went to Barnet, joined the youth team and worked my way through. I played for the club at Underhill and The Hive.

“It’s going to be nice to go back and I’m sure it will feel a bit surreal.”