Home / Featured / Ward: I’ve not heard anything from Forest, but my focus is with Brewers

Ward: I’ve not heard anything from Forest, but my focus is with Brewers 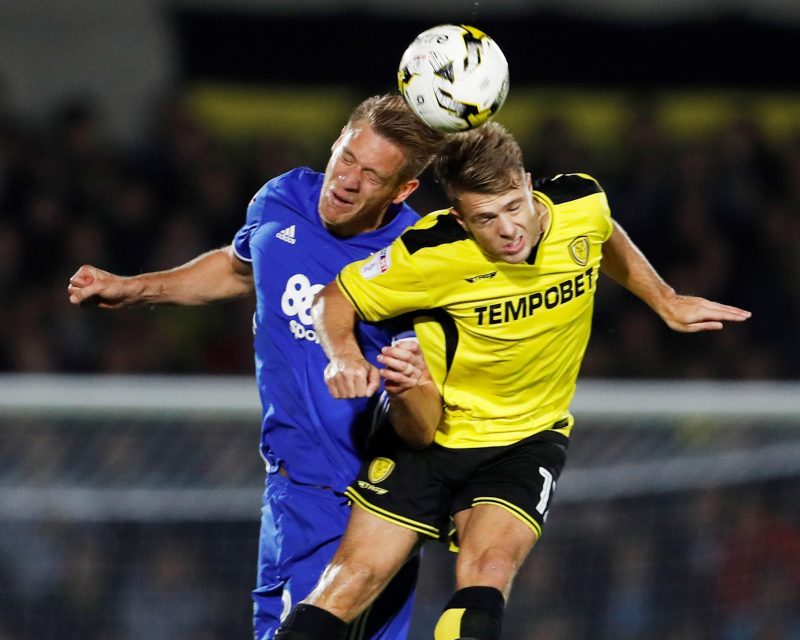 JAMIE Ward insists Burton Albion have what it takes to flourish in the Championship – something he is hell-bent on proving before the end of his season-long loan spell.

The forward went from the euphoria of representing Northern Ireland at Euro 2016 to realising that he wasn’t in new manager Philippe Montanier’s plans at Nottingham Forest.

While the two teams’ fortunes appear similar – with Forest just one place and a point better off than the Brewers in 20th – 30-year-old Ward has got his mojo back and has found the net four times in 17 games ahead of this weekend’s FA Cup clash at Premier League Watford.

While playing regular football is all well and good, Ward is the first to admit it isn’t the same unless you are winning, something the Brewers have done just once in their last 11 league outings.

That one victory came at fellow strugglers Rotherham at the beginning of December and was their first on the road this season.

And Ward is hopeful that that result, coupled with the fact Burton have lost their last six games by  a single goal, means his side will continue to prove they are Championship material.

“We have performed well,” he said. “It is always tough losing but it is especially tough when you lose by just one goal when you deserved more.

“In the run that we are on I think  Aston Villa wouldn’t have complained if we got a point, and neither would have Newcastle. We have been strong at home and the only team that  deserved to beat us there was Brighton, and even then if they hadn’t got the penalty I don’t think they would have scored as we had been strong all game.

“So we have been great at home and hopefully we turned a corner with that win at Rotherham. Hopefully we can kick on and pick up more points on the road.

“The performances have not been a problem all season, it is just getting that  bit of luck.

“This league is so tough and it takes it out of you mentally and physically. We are there physically but perhaps not quite mentally, but now we have that away win hopefully that will change.

“When I arrived at the club I didn’t think there was too much to worry about and I still think the same thing. As long as performances stay the same I am sure we can climb the table.”

Although the Brewers are in the midst of a six-game losing streak in the Championship, there was some personal joy for Ward when the Brewers took on Aston Villa on Boxing Day. 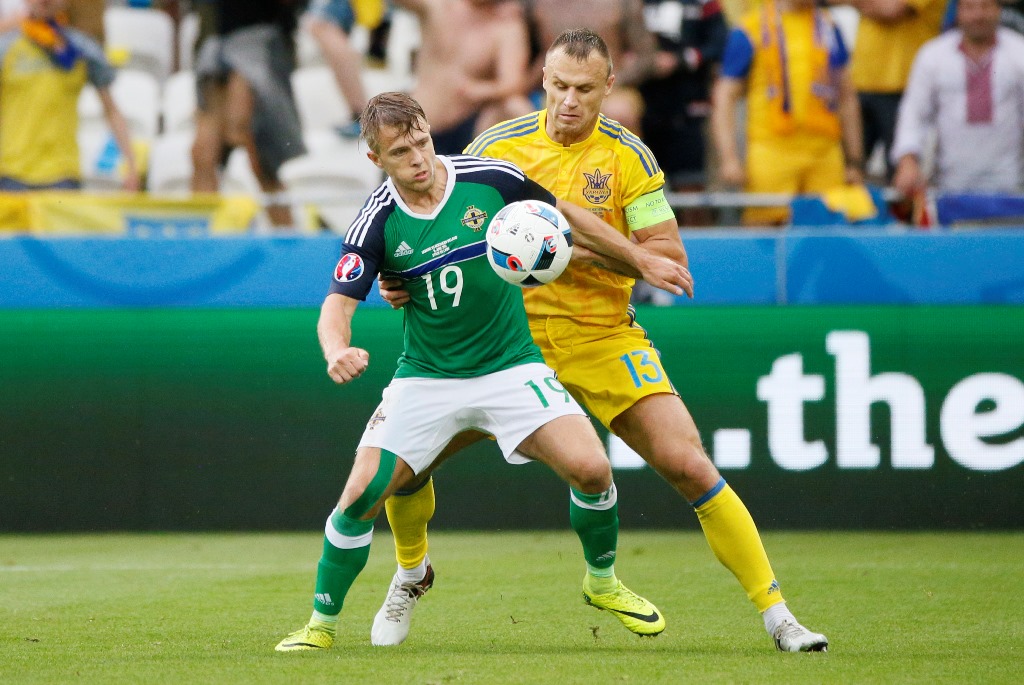 Back off: Ward playing for Northern Ireland at Euro 2016 (Photo: Action Images)

Birmingham-born Ward is a Villa fan and came through the club’s academy, captaining their reserve team and playing in the 2004 FA Youth Cup final defeat to Middlesbrough before being released two years later.

He reminded the club of his talents when he levelled proceedings with an acrobatic volley, though Villa went on to win the game 2-1 to sum up Burton’s season to date.

“The three points are the most important thing in any game, but especially for Burton as we are fighting to stay in this league.

“I would have rather we won 1-0 and someone else scored than the way it played out, but that is just the way it went.”

This team ethic is what has made Ward such a good fit at Burton, where he now watches on as his parent club Forest near an expected takeover.

That could have repercussions on Ward’s future, but he insists:

“My main focus is on Burton. I am very happy playing football again and scoring goals. I thought it was a good move at the time and it has turned out to be exactly that.

“It quickly became clear that I was not in the new manager’s plans at Forest and I wish him well and wish the club well. But I don’t think he knows his best team even now as he has chopped and changed so much.

“I have not heard anything from Forest but there is a lot of talk about a takeover that I have read in the papers, and who knows what will happen. There could be new owners or even a new manager at the club when my loan finishes at the end of the season.

“I have two-and-a-half years left on my Forest contract, but I am playing games, scoring goals and enjoying it at Burton – long may that continue.”