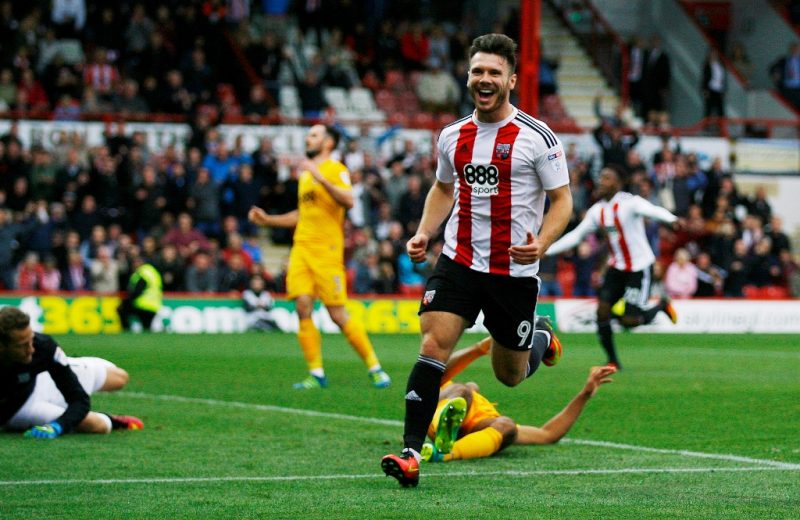 Brentford boss Dean Smith has told Radio London that in-demand frontman Scott Hogan will only leave the club if his valuation is met.

The 24-year striker has bounced back from two serious knee injuries to score an impressive 14 goals in 25 games for the Bees this season, and has attracted interest from other Championship clubs, including Reading, but most notably West Ham, of the Premier League.

The Hammers are desperate to add a striker to their ranks as they struggle to acclimatise to their new London City stadium, and have submitted at least two bids for Hogan, but Smith says his star striker won’t be going anywhere unless the club’s valuation of £15 million is met.

“There have been offers from clubs for him but we said all along he has a value to us,” Smith said.

“We want to keep him at the club if we can, unless the valuation is met by any clubs looking at him.”

Hogan has become a key figure at Griffin Park, having scored 21 goals in 35 games for Brentford since his arrival from Rochdale in the summer of 2014.

The promotion chasing Magpies are looking to stop a run of form that has seen them fall off the top off the Championship, but Smith thinks Hogan will only want to help extend it.

“I’ll see how he is on Friday morning as there has been a lot of speculation,” Smith said.

“He is a driven person and you can see that from his demeanour on the pitch.

“I fully expect him to want the opportunity to go and score a hat-trick against Newcastle and show people who may question his credentials for the Premier League that he can do it.”