Home / Latest News / FA Cup with Budwieser / Why shouldn’t we be able to repeat Bradford’s feat says Fry, as Posh head to Chelsea

Why shouldn’t we be able to repeat Bradford’s feat says Fry, as Posh head to Chelsea 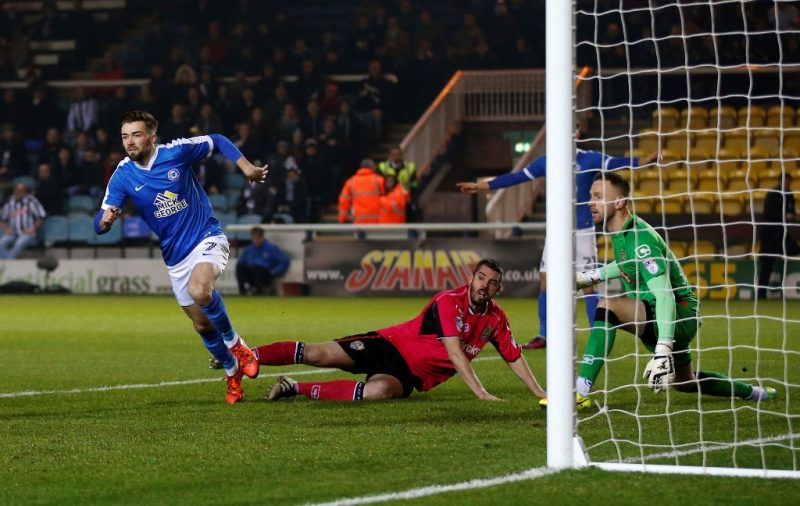 BARRY FRY has told Chelsea to be on their toes or risk a repeat of their Bradford City shock.

Peterborough United will go to Stamford Bridge in the New Year for what the director of football says is one of their biggest ever games after eventually getting past League Two Notts County.

From 2-0 down away to Jose Mourinho’s Premier League leaders, Bradford’s stunning 4-2 comeback against the near full-strength Blues in January 2015 is regarded by some as the biggest FA Cup upset of all time.

Chelsea, of course, again sit top of the lot– and the Posh are in the same division as brave Bradford were when they sent shockwaves through the game.

Fry, who burst into song when interviewed by BT Sport after sealing their passage through, says no-one should rule out another FA Cup epic in west London.

He told The FLP: “Why not? There are similarities there. I’m just delighted for the players, the fans and for the owner, Darragh McAnthony. This is his tenth year. He’s invested millions into this place and deserves a big day. They don’t come much bigger at the moment.

“All right, Chelsea are playing bloody well, but they were just as good when Bradford went there  two years ago. We’re probably playing better now than Bradford were, so we’re not going to the Bridge to keep the score down. If Chelsea don’t fancy it, these boys have it in them to get a result – make no mistake.”

Peterborough are likely to make £350,000 after getting through but that may not be enough to secure them the services of one of Non-League football’s most wanted.

Posh want Dover Athletic’s Ricky Miller, the National League’s 22-goal top scorer, but Fry said: “We’ve tried getting in contact with Dover, but they’re not returning our calls. It looks like they want to keep him to help get them in the play-offs. I can’t blame them, really. It’s probably not going to happen now.”