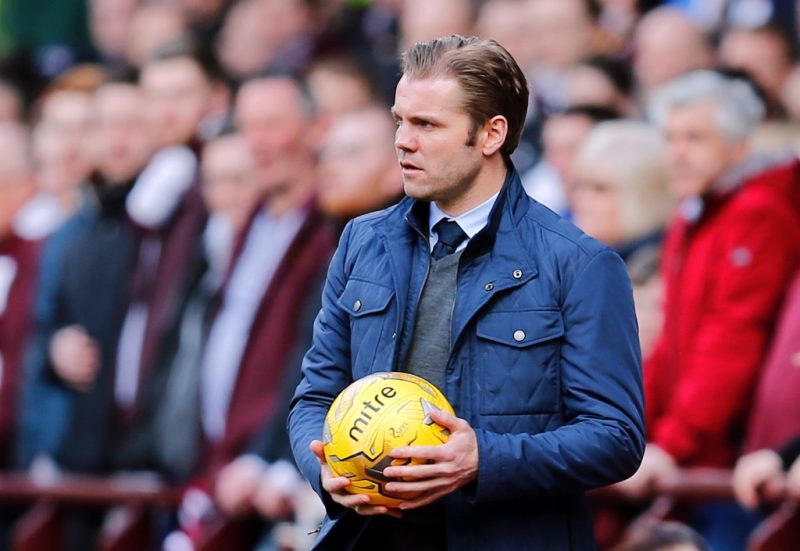 Hearts head coach Robbie Neilson is due to meet MK Dons officials this afternoon after travelling from Scotland to discuss the club’s vacant managerial role.

The 36-year-old is still expected to take charge of tomorrow’s game at Tynecastle against Rangers, and oversaw training this morning, but is said to be interested in the role in Milton Keynes.

The Dons are hunting for a new boss due to Karl Robinson leaving the club by ‘mutual consent’ in October, after over six years in charge, with the club in League One’s bottom three following their relegation from the Championship.

On Monday, a statement from MK Dons said: “The club respects that Hearts has an important fixture with Rangers in the Scottish Premiership on Wednesday evening.

“And, therefore, no further comment will be made until after that match.”

On Saturday, ahead of the Edinburgh side beating Motherwell 3-0, Hearts owner Ann Budge said Neilson had the support of the board despite a four game winless run, but also piled on the pressure by saying she would be disappointed if the side finished outside of the top three.

Hearts have since released a statement after MK Dons’ interest emerged, saying: “Robbie is aware of the approach, but he remains fully focused on the immediate task at hand, which is, of course, Rangers at home on Wednesday.

“No further comment or statement will be made by the club until after this match.”

Neilson enjoyed a respectable career as a player, making 200 appearances for Hearts before crossing the border to England, where he enjoyed short spells at both Leicester and Brentford.

The former right-back also earned one Scotland cap, before eventually taking over as head coach at Hearts in 2014.

Is he the man to lead MK Dons back towards the top of League One?