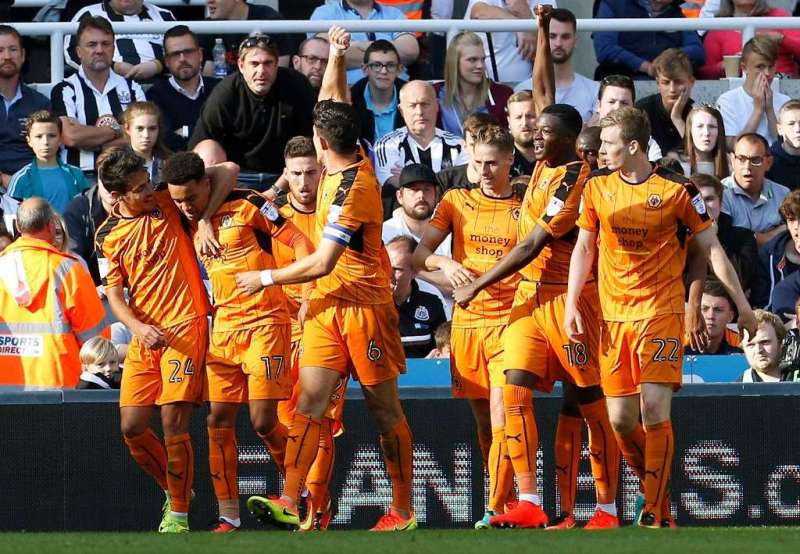 After a summer off, and many of us not knowing what to do with our Saturday afternoons, as we enter Autumn it now well and truly feels like football is finally back with us. Of course, it all kicked off properly over a month ago, but it always seems like a strange first few weeks, with the transfer window still open and the shenanigans that go with it still rife.

However, now that’s closed and teams are settling, it feels like we are back into the swing of things and the games are coming thick and fast, with plenty of talking points. Here, we look at five things we learned during the weekend’s enthralling EFL action..

It was a Devon Derby that had more spice than usual, with former Plymouth striker Reuben Reid joining Exeter in the week, but Argyle didn’t let that distract them with a fabulous first half-hour ensuring their position at the top of League Two remained intact.

Early goals from Graham Carey and Arnold Anita, in front of a boisterous away end, proved to be the difference in a typically feisty encounter that the Pilgrims dominated for lengthy spells, and overshadowed Reid’s much anticipated debut when he was introduced as a second half substitute. 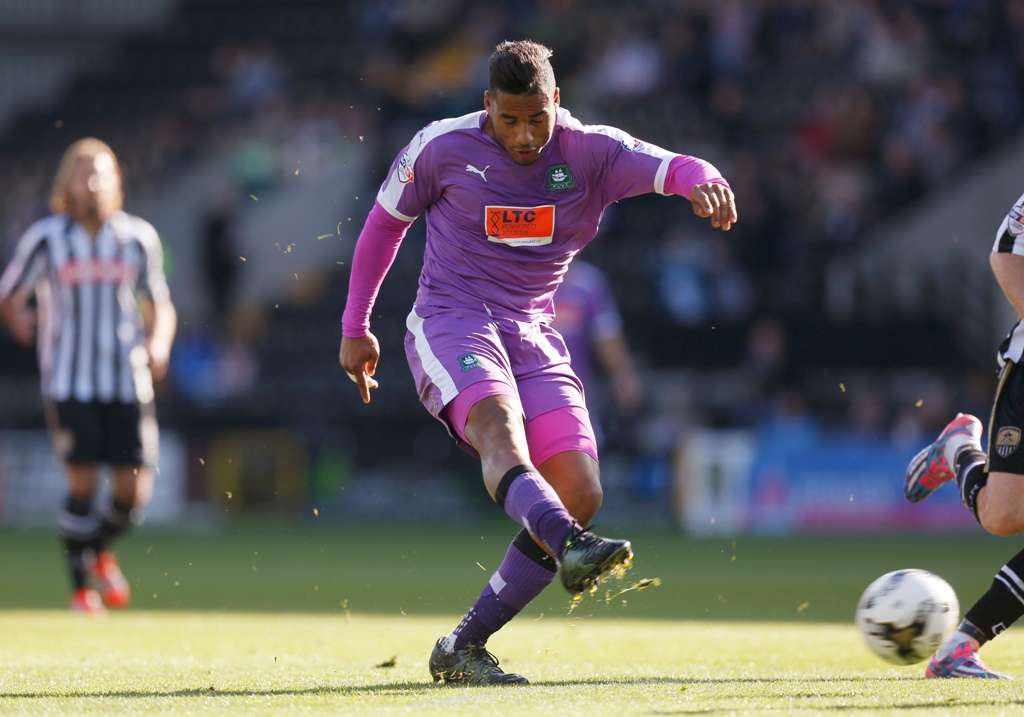 He was the centre of attention beforehand, but Reuben Reid made little impact in the Devon Derby

Reid was greeted by a ‘Judas’ banner and some heated exchanges with his former teammates when he came on, but he and his new side struggled for a foothold in the match – Plymouth looking every bit of the side that has made their best start to a season since 1952.

It was a derby that provided much debate in the lead up, but afterwards there was no disputing Plymouth are Devon’s dominant force.

Before Saturday, and despite boasting attacking talent such as Darren Bent, Matej Vydra and James Wilson, Nigel Pearson’s Derby had scored just one all season – in a 1-0 victory at Barnsley in August.

It has been a very tough start to life at the iPro for Pearson, but thanks to Ikechi Anya’s opener at Bristol City on Saturday, the Rams had their first goal in 407 minutes of action. 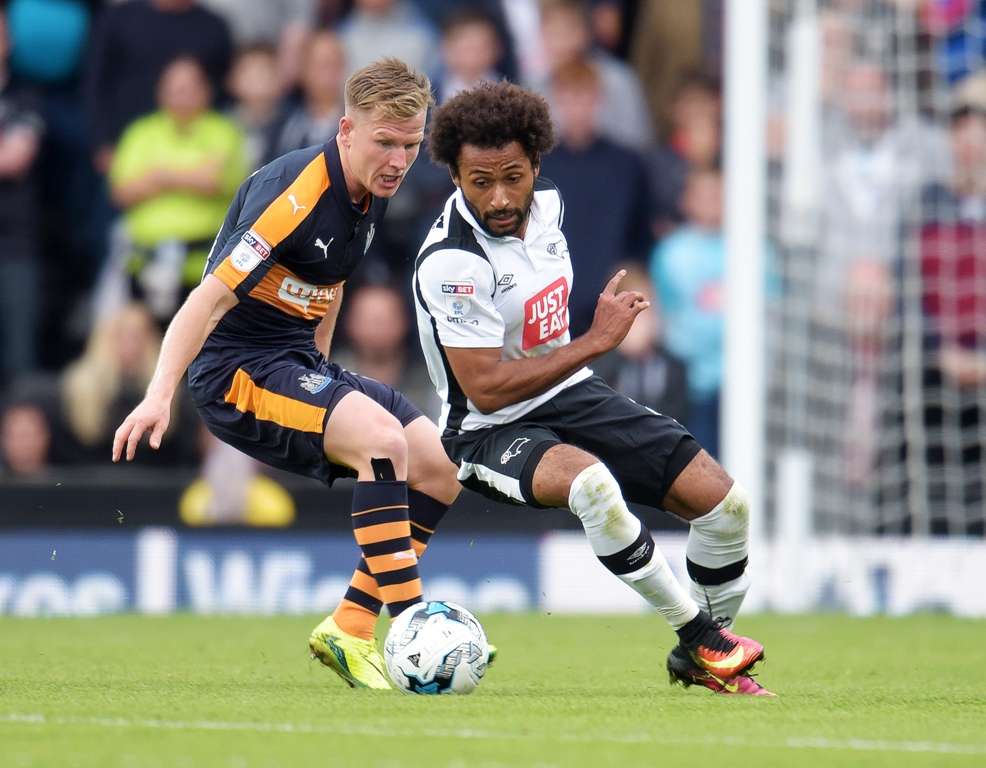 Ikechi Anya scored his first of the season, and Derby’s second, in the 1-1 draw

Nevertheless, Derby’s poor finishing still looks like it isn’t quite cured, as they missed four very good chances in the second half to wrap things up, including a tame effort from Bent, and Aaron Wilbraham equalised late on for the Robins to infuriate Pearson.

He said: “We have to be clinical. The reality is we know have had four very good chances in the second half to bury the game and we have continued to miss pretty straightforward chances.”

It was a match up between the two lowest scorers in the division, so there were no surprises when Saturday’s encounter at the Ricoh Arena between Coventry and Oldham ended goalless.

Oldham have scored just four times this season, in eight matches, while the Sky Blues have only found the net on three occasions, and find themselves bottom of League One. 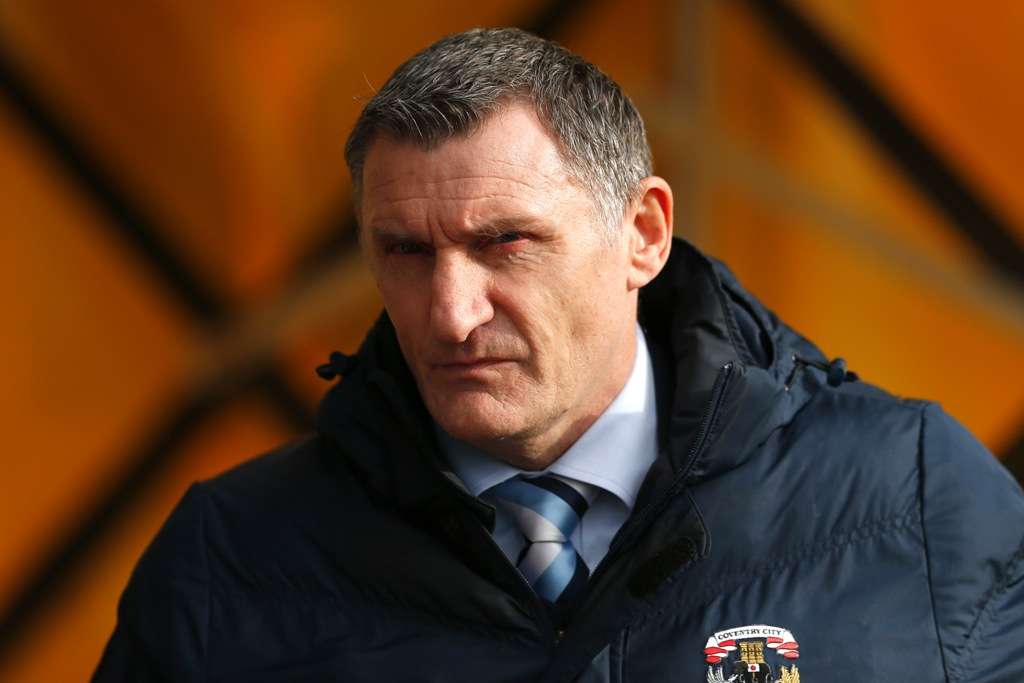 Tony Mowbray’s got a big job on his hands

It is Coventry’s lowest league placing since 1959, when they won promotion from the old fourth division and despite having had the best chances on Saturday, with Marcus Tudgay missing a free header from eight yards, they failed to make the most of their dominance.

Tony Mowbray’s men look to be severely missing Adam Armstrong, but with Gillingham away next up, the side with League One’s leakiest defence, Coventry could finally find their scoring boots.

All manner of things have stopped play in the past, including naked people, storms and the Anfield Cat.

However at Valley Parade on Saturday, it was the very 21st century reason of a drone halting the action, after it was spotted hovering over the pitch 20 minutes into the second-half. 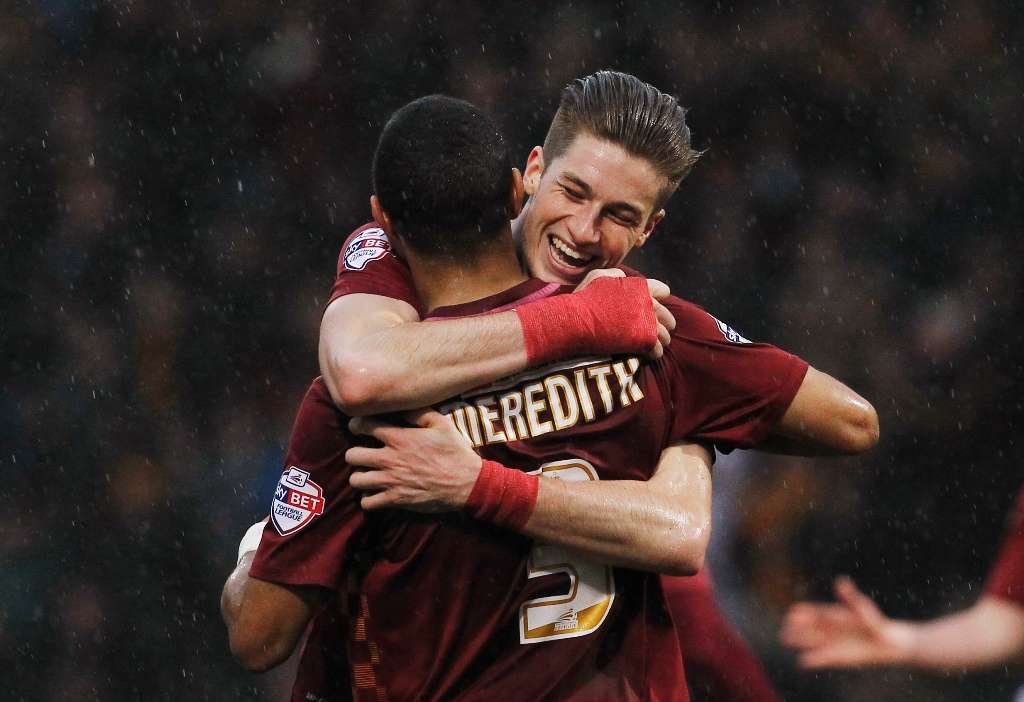 Referee Andy Haines took the players off, but after a three minute delay, the drone shot off as quickly as it had appeared, and the game was allowed to continue and Rovers fought back to claim a 1-1 draw with the unbeaten Bantams.

Championship shows why it’s so unpredictable with Wolves win

The Championship is known as one of the craziest, most unpredictable and exciting league’s in the World, and Wolves’ brilliant win at Newcastle proves that.

On the face of it, there is nothing crazy about Wolves beating the Toon – they are a good side, who have invested heavily and started the season well.

However, the two sides could barely have gone into the game with more contrasting form – Newcastle won 6-0 at QPR in the week, and were on a five-match winning streak, while Wolves lost 4-0 at home to Barnsley. 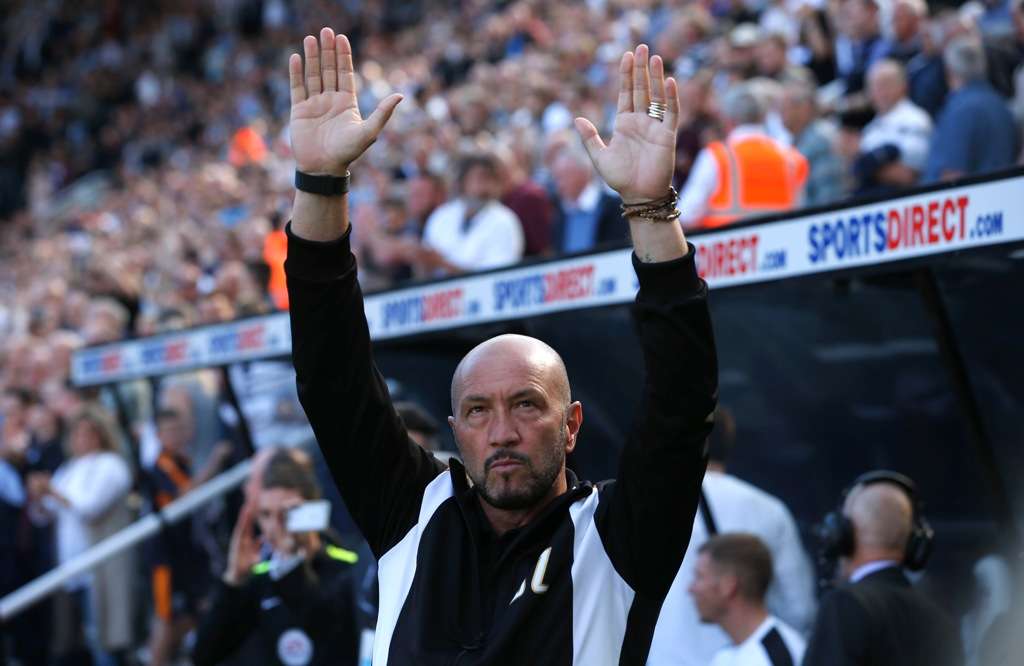 Walter Zenga hails the terrific Wolves away support after their win

But despite this, Walter Zenga’s men started very brightly and were 1-0 up at half-time, before extending that lead on the hour mark and Newcastle never looked like getting back into it. Who would have thought it?