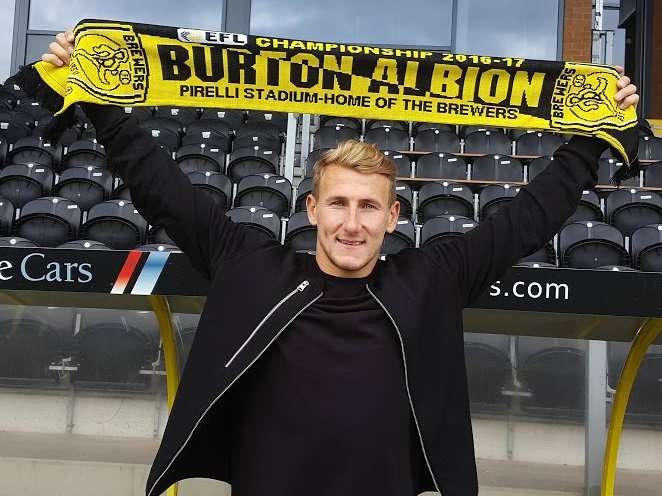 Burton Albion have broken their club record transfer fee to bring Kyle McFadzean to the club in anticipation of their first ever season in the second tier of English Football.

The centre-back has agreed a three-year deal to become Burton’s second signing this summer for an undisclosed fee.

League One side Sheffield United, McFadzean’s boyhood club, were reportedly interested in signing him but the 29-year-old has decided to return to the Championship following his relegation with MK Dons last campaign.

Burton manager Nigel Clough told the club’s website: “He’s a player we have admired for the last few seasons now. I think he’ll be better this time making the step up thanks to his previous experience in The Championship. He leads by example on the pitch. We have to keep clean sheets and defend well.”

Despite having the best defence by some distance in League One last season, Clough is clearly not resting on his laurels, with McFadzean likely to partner the other new Brewers signing Ben Turner in their defence.

McFadzean was previously part of the magnificent Crawley Town team that won consecutive promotions from the Conference and League One between 2010 and 2012.

He told the club website; “I’m delighted we have got the deal over the line and I’m raring to go now. The Gaffer was a big reason for me to come here and Championship football again. The Gaffer believes in me and I can’t wait to get started.”

Other recruits are expected at the Pirelli Stadium before they kick off their season away at Nottingham Forest on the 6 August.