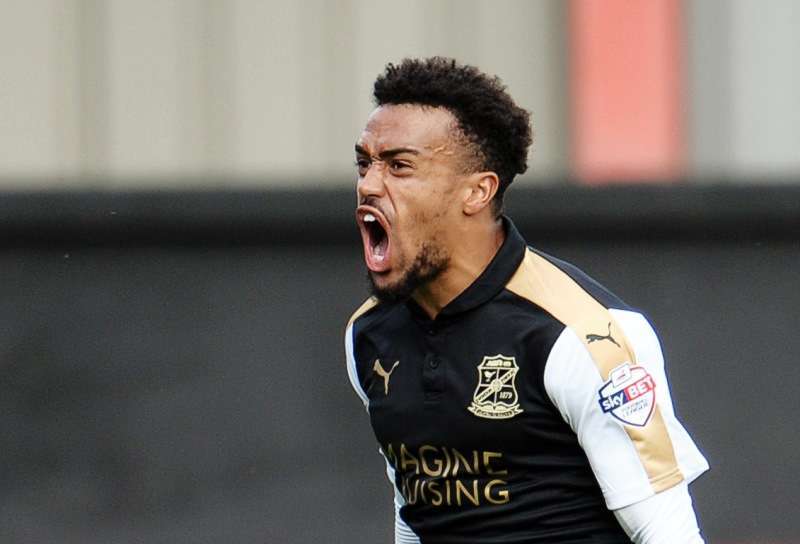 Charlton Athletic have confirmed the signing of Nicky Ajose from Swindon Town for an undisclosed fee.

The 24-year-old has penned a three-year deal with the club and is Russell Slade’s third signing since taking over as manager earlier this month.

Charlton Manager Russell Slade said: “Nicky is a fantastic addition for the club. He’s a proven goalscorer and was very good for Swindon in this league last season.

“He is very strong in the box, if a defender misses the ball, Nicky is normally the next man there to stick it away. He’s got a great work ethic as well. He’ll bring a lot in terms of the team, he’s a real team player and he’ll work exceptionally hard.

“I was impressed by his enthusiasm. I couldn’t get rid of him when I met him, we sat there talking for an hour and ten minutes. He was talking about the club, he wanted to know everything and that is fantastic. His thirst for knowledge of Charlton and his thirst for getting started and getting cracking was really pleasing.”

Ajose was Swindon’s top goalscorer last season, notching 24 goals to come second in the League One charts behind Wigan striker Will Grigg.

Ajose said of the move: “I’m really glad to be here and cannot wait to get started. From a personal point of view, it was really nice to get a good tally of goals last year and I feel like if I can do something similar next year then it could end in promotion. My aspirations for next season were to be playing the Championship but when a team like Charlton come calling then I felt it was an opportunity that I could not turn down. I’m delighted to have it all signed so early and am really looking forward to getting started.”

Ajose started his career with Manchester United, before joined home-town club Bury on loan in 2010, where he netted an impressive 13 goals in 28 appearances.

A year later he signed permanently for Peterborough United under Darren Ferguson. He scored seven times in 24 league games for the Posh, and also embarked on loan stints at Scunthorpe United, Chesterfield, Crawley Town, Bury and Swindon before moving to Leeds in 2014.

A six-month loan spell at Crewe Alexandra saw him get back on the goal trail and in September 2015 he made the permanent switch back to Swindon, where he would score 25 goals in his one and only season with the Robins.