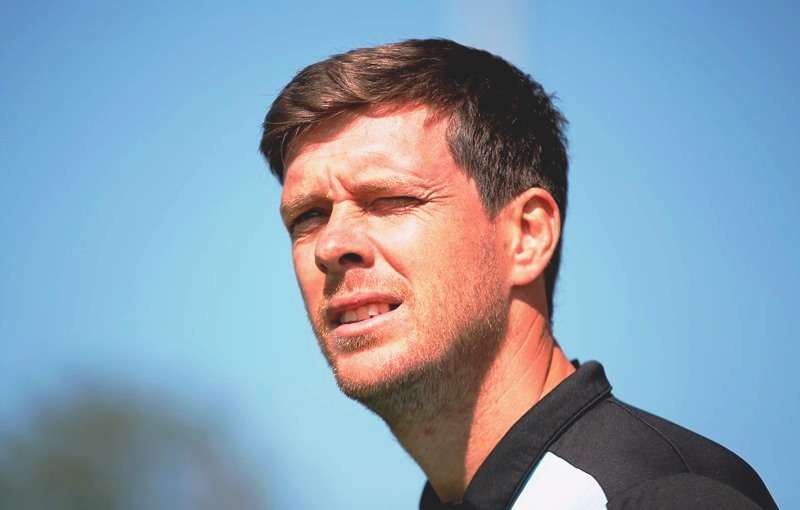 WHEN Darrell Clarke returned to Bristol Rovers’ training ground in the summer of 2014, his first task was to tear down the ‘Clarke Out’ posters sellotaped to the gates.

Two years, 57 victories and a double-promotion later, the man tainted by relegation and dismissed as the cheap option is already a legendary figure at the Memorial Ground.

From the glory days at Wembley to the singalongs and drunken, opposition-baiting speeches with supporters in the boozer, the 38-year-old’s unconventional, entertaining approach to life in the dugout has won hearts and matches in equal measure.

And Ritchie Humphreys, one of Clarke’s oldest friends and a team-mate for six years at Hartlepool, is not remotely surprised.

“To me and to all our mates, it’s no shock that he’s made a great manager,” said the Chesterfield striker, currently steeling himself for Clarke’s summer stag do. “That’s purely because of how he deals with people.

“He was the life and soul of the changing room at Hartlepool, by far the funniest person I’ve ever met in football. Some people find it hard to transfer that into management, but he has a personality and a way of speaking to people that is just infectious. You like him and you want to do well for him.”

By the time Humphreys met Clarke, he’d already been branded ‘Trigger’ by team-mates at Mansfield, the club he’d grown up supporting and had represented since the age of ten.

Blooded at 18 by the late Andy King, the winger scored 27 goals in 173 games for the Stags and became a huge terrace favourite, just as he did when he moved to Pools in 2001. Partly it was his energy.

“Darrell could run all day,” said former Hartlepool boss Chris Turner, who converted Clarke from a winger to a box-to-box midfielder. “He worked on his fitness constantly and would absolutely chase the legs off opponents.”

Partly it was his quality. “He was technically very good and practised with both feet,” said Humphreys. “Defending was never his strong point, but it didn’t matter because he had that great knack of scoring goals from midfield.”

Mainly, though, it was his role in the fabled collective that won promotion from League Two and then came within nine minutes of reaching the Championship in 2005.

Team bonding was unashamedly old school: drinking sessions in Durham on Tuesday afternoons, nights out in Newcastle. But it worked.

To a man, you’d be hard pushed to find a single member of that squad who doesn’t go misty-eyed at the memories.

“The spirit was brilliant,” said Antony Sweeney. “Everyone knew everything about each other – families, kids, we all socialised. It wasn’t a job, it was being paid to enjoy yourself.

“Spirit helped us compete against the best.

“It might be subconscious, but if your mate gave the ball away you wanted to win it back for him. Put in that extra five per cent and it makes a difference.”

That ethos would form the bedrock of Clarke’s philosophy when, aged 33 and long ravaged by knee injuries, he was named player-manager of Salisbury City.

Signed by the Whites in 2007, Clarke had just skippered the club to their highest finish of 12th in the Conference, only for financial problems to result in demotion to the Southern League.

On paper, it appeared a daunting job for a rookie. In reality, his natural ebullience and down-to-earth banter was exactly what the scratch outfit required.

“He’s full of life, full of energy. He has high expectations and high standards. He makes you forget problems and concentrate on the job. And he’s ruthless enough that, if people don’t meet them, he’ll move them on.”

As he did at Bristol Rovers. Initially named as assistant to John Ward, Clarke was thrust into sole charge for the final eight matches of the 2013-14 campaign and relegated to the Conference amid tearful, angry scenes.

He was viewed as a sap, a bloke who made the right noises but lacked the right skills to rescue Rovers from the abyss.

In fact, he jettisoned the dead wood and used his knowledge of Non-League to fashion the leanest side fans had seen for a generation – a side that will start next season in League One after two promotions on the bounce.

“What the gaffer did was spot those players who were going to be able to step up from the Conference to League football,” said defender Tom Parkes.

“He’s made some great signings and shown confidence in their ability to play at this level. The spirit that engendered is plain to see.”

Off the pitch, his impact has been equally galvanic. Interviews are honest and funny. Before the Conference play-off final against Grimsby, Clarke piled into the Queen Vic pub in Bristol and, pint in hand, led supporters in a rendition of club anthem Goodnight Irene.

Afterwards, he returned to make a speech which culminated in a chant of ‘We’re Going Up’.

In five years, Clarke has won four promotions. In two, he has given Rovers fans something to smile about for the first time in years.

“He’s just a top, top bloke,” said Harris. “I know for a fact that he received hundreds of text message when Rovers got promoted and he replied to all of them.

“That’s just the measure of him as a lad. He’s very humble. He works hard.

“He puts his heart and soul into everything. Bristol Rovers fans have seen that and it’s why they love him.”

*This article was originally published in The FLP on 15 May 2016.