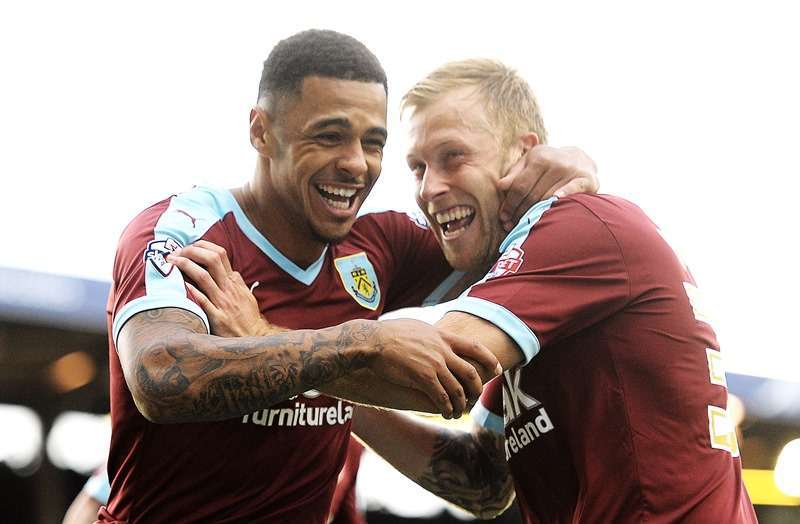 BURNLEY midfielder Scott Arfield believes Champion-ship defenders are as wobbly as a freshly made jelly even before star striker Andre Gray steps on to the pitch!

Gray is the top scorer in the second tier, taking his tally to 22 with the winner in the 3-2 victory at Fulham in midweek that stretched the Clarets’ lead at the top to four points.

For Arfield, it has been a treat playing alongside Gray, after the 24-year-old joined from Brentford for a reported £9m back in August.

“Before games in training defenders will be watching the highlights and see how well he’s playing – and I think they’ll be absolutely petrified of his pace and power,” said the former Huddersfield midfielder.

“Before the games he’s already half-beaten any centre-back because of his talents.

“Half the battle is done before he even steps on to the pitch. Then it’s only a matter of time before he finds chances and his finishing is terrific.”

There must be plenty of Championship clubs wishing they had snapped up Gray last summer.  Promotion rivals Hull City put in bids but baulked at the price demanded by the Bees. Bristol City were rejected by Gray. And while others hesitated, the Clarets nipped in to do the deal.

No wonder Burnley boss Sean Dyche is so glad to have the former Luton striker in his ranks.

­Just a couple of weeks ago, Dyche said: “What I like about Andre is his fearlessness. Left foot, right foot, he hits them. Some weeks they go in, others they don’t. But it doesn’t bother him. He just says, ‘Right lads, give me another one’. That’s why I paid £32m for him – or whatever people are saying!”

Other pundits thought the signing of the talented but controversial Joey Barton last summer could have unsettled the tight-knit Burnley squad Dyche had put together.

But Arfield is glowing in his praise of the former Manchester City, Newcastle United and QPR midfielder.

“There was so much said before he came to the club but in terms of his experience and what he adds to the dressing room, he’s been there, he’s done it and he’s an international football player. He’s been terrific for us,” he said. 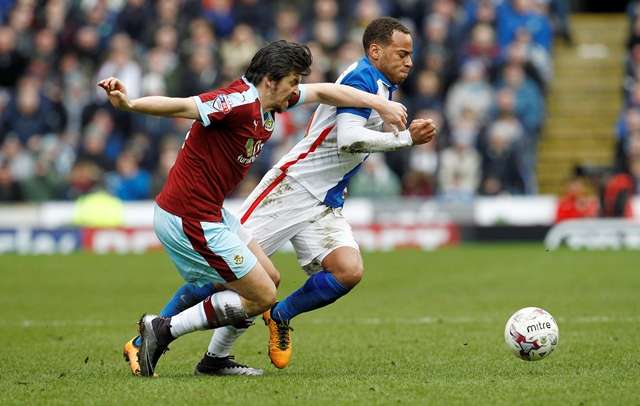 Burnley are now in prime position to secure an immediate Premier League return but Arfield believes the chasing pack extends well beyond the much-discussed top four.

The Clarets showed all their resolve to come from behind at Fulham on Tuesday night and capitalise on Middlesbrough’s slip-up at Rotherham to ease clear at the Championship summit.

Those two, plus Brighton and Hull, have been locked in a nerve-shredding race for the top two spots ever since Derby went off the boil, with the lead regularly changing hands.

Burnley, and Dyche, know all about making the leap to the top flight – after all, they did exactly that just two seasons ago – and at this stage it is theirs to lose.

They began the weekend with five wins on the trot and without tasting defeat in the league since Boxing Day, but Arfield insists plenty of sides are capable of putting together a similar run.

“There is so much made of the top four, but I think down to seventh or even eighth place are in the mix,” said the 27-year-old, a mainstay in the Clarets side this season.

“It’s anybody’s to grab but it’s all about staying positive and focusing on what we do.

“You can’t control what the other teams are doing so we just have to take care of ourselves – like we did against Fulham.”

*This article was originally published in The FLP on 13 March 2016.