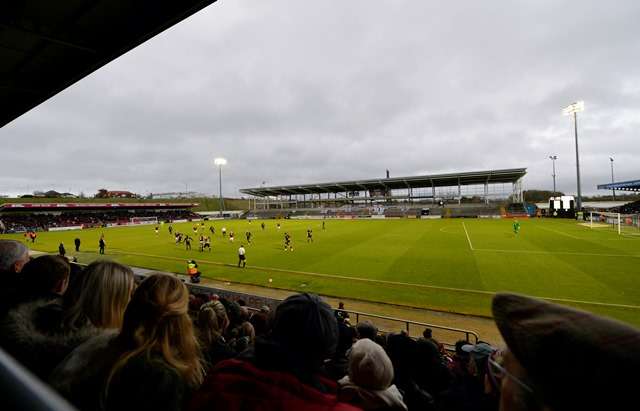 Northampton Town staff have expressed their thanks to the club’s Supporter Trust and other fan affiliates for their help during the on-going financial difficulties, and have fired a warning shot to chairman David Cardoza.

The Cobblers are the subject of a winding-up petition lodged by HMRC as well as a dispute with the Borough Council over a £10.25m loan. Optimism fed by news of a potential buyout over a fortnight ago has quickly petered out after delays the everyone’s dismay, which club staff have finally voiced after weeks of silence.

The staff statement read: “As things drag on, each day gets more and more difficult both professionally and personally. Professionally, attempting to run the club on a day to day basis with a frozen bank account presents extreme challenges that get worse with each passing hour as we attempt to maintain ‘business as normal’ as best we can.

“Personally, each day the delays in completing the takeover mean another day where we have to find a way to feed our families and pay our bills, while still not knowing when this whole nightmare will be concluded.”

Before adding this stinging ultimatum to Cardoza and his negotiators: “We now demand this matter is concluded within hours, not days. As staff we will continue to monitor the situation regularly and we are keeping our options open.”

On the whole the staff’s announcement was one of thanks to supporters as well as the unselfish conduct of boss Chris Wilder and his assistant Alan Knill who, along with the team, have managed to offset off-field turmoil to reach 3rd in the League Two table.

“The staff at Northampton Town Football Club would like to say a big thank you to the Northampton Town Supporters Trust for setting up the hardship fund to help us out in these difficult times.

“All of us are touched and humbled not just by this offer, but by the meal paid for by Sixfields Travel Club and the other offers of help we have received.

“We would like to close by thanking all supporters for their ongoing support and wish Chris Wilder, Alan Knill and the players, who have been magnificent through all of this, good luck at Notts County on Saturday. We will continue to carry out our duties to support them in the best way possible,” the staff added in defiance.