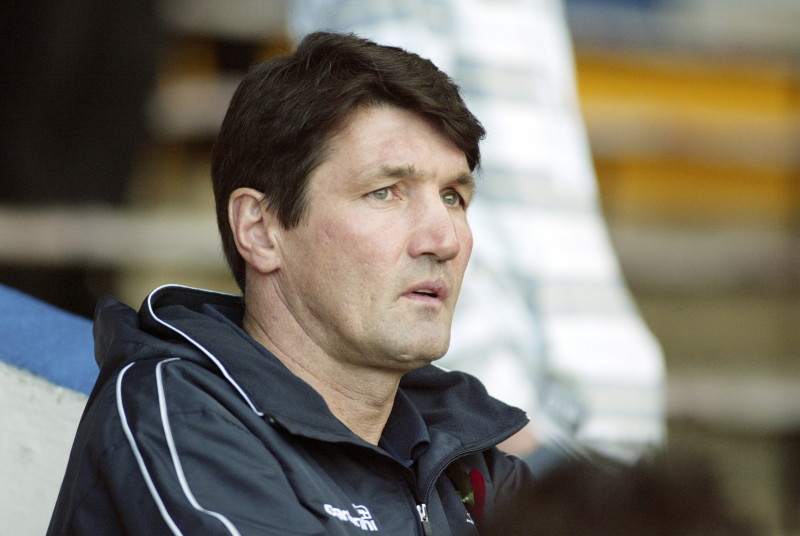 NO-ONE can accuse target man Mick Harford of not packing enough into his career. After leaving plumbing behind to sign for Lincoln City, the big striker went on to make more than 700 career appearances in two decades and notched more than 200 goals.

His strike rate of one goal in virtually every three games wasn’t to be sniffed at as he made his mark north and south.

Luton is the club he’s most remembered for as he was part of the great Hatters side of the mid to late-80s that took on the game’s giants and gave them a run for their money. A League Cup winner for Luton against Arsenal in 1988, Harford also won two treasured England caps under Bobby Robson that same year.

Here, he looks back at the ups and down of his extensive career, including the story of the flying nun who caused a scene at a Luton Christmas-do:

Lincoln City. It was a start with a difference – the day I signed, Graham Taylor left to become manager of Watford. Four of us from the north-east signed at the same time and it was a fantastic club to learn your trade. There were great role models like Sam Ellis, John Ward, Ian Branfoot, Alan Harding and Peter Grotier. I had been a plumber for three years so it was great to get the opportunity to play football. Glenn Cockerill was one of the young players at the club and we had a great mix of youth and experience. I finally got the chance to work with Graham Taylor about ten years later for England B.

I played for a lot of different managers and they were all different. If I had to pick out a couple of favourites, I’d go for Ron Saunders at Birmingham and Arthur Cox, who signed me for Derby and Newcastle. They taught me a lot about the game and life itself. They were hard taskmasters, but knew how to get the best out of you. Behind the hard facade, they had a fun side and were good men. I’ve also got to mention a few others – Bobby Robson with England was a genius coaching wise and a top-class man, David Pleat at Luton added flair and the expansive side to the game, and I knew Roy Hodgson and Bobby Houghton at Bristol City were going to have a fantastic career in the game.

I was lucky enough to play with a lot of great players in my career. At Newcastle, Chris Waddle was world class. At Luton, we had a great team with players like Ricky Hill, Brian Stein and Mal Donaghy, but if I had to pick one player, it would be the Luton captain Steve Foster. You could rely on him week in, week out. He was a leader and got the best out of his team. I played with players technically better, but Fozzie was an inspirational captain. Luton’s success was a lot to do with him and he also played for England. 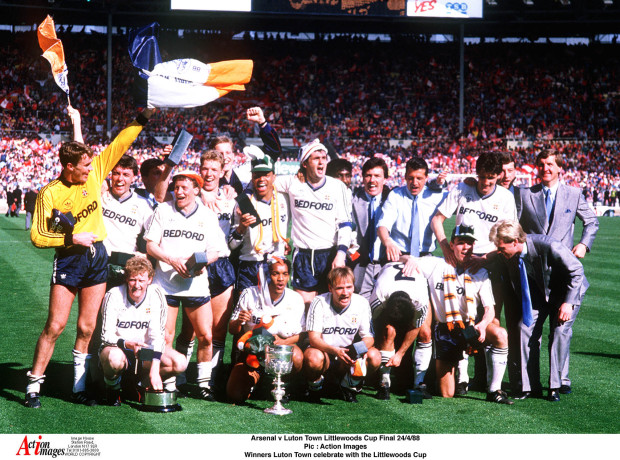 I never got promoted, though I left a few clubs near the top of the league. As for my top league finish, I finished seventh with Luton in the top division in 86-87. That was massive. For three or four years it was a golden period for the club and we were very successful. For such a small club to do that well was a big achievement, and we also got to Wembley and won the League Cup in 1988.

Goalkeeper Tony Coton at Birmingham. In and around the dressing room he was really good fun. He was a great joke teller and tickled me with his stories. I haven’t got a story in particular I can recall, but in general he was just really funny – and a good keeper, too.

It was a Christmas-do from my Luton days. It was fancy dress and Steve Foster was dressed as a nun. We were in a Chinese restaurant and Fozzie fell against a plate glass window and smashed right through it. He got back up, went back to his seat and then picked up a glass of wine and carried on drinking as if nothing had happened…

Playing for England. I had played as a sub against Israel, but making my full debut against Denmark at Wembley in September 1988 is something I’ll never forget. England had had a bad time at the European Championships that summer and Bobby Robson picked an experienced league team for the Denmark game. I remember standing next to Peter Beardsley, a top England player, before the game and thinking ‘this is what I really wanted’. I was just so proud to represent my country. I was quite happy with my performance and, to round it off, we won 1-0 with a Neil Webb goal.

I’ve had a few in my career, including missing out on playing in Europe after Luton won the League Cup because English clubs were banned. I never had the opportunity to play in Europe and I would love to have tested myself at that level. But undoubtedly the lowest happened a few months ago. I lost my best friend Andy King. We were very close, and he was a smashing bloke and real football man. He was the life and soul of the party and one of the funniest guys I knew. 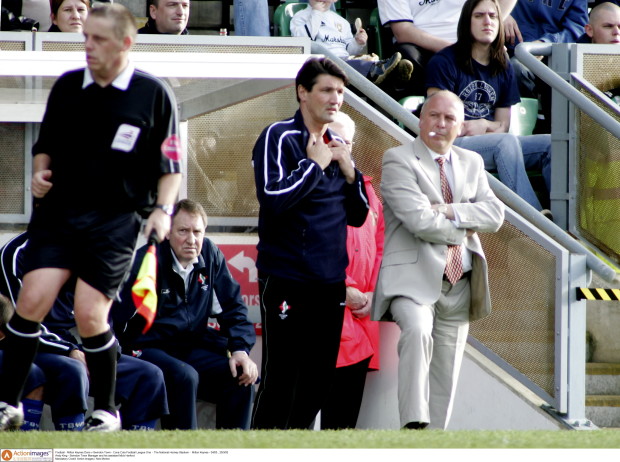 The Scousers always used to give me some stick and Liverpool was the toughest place to go. If you did manage to score there in the 80s, they would score a few more. I scored a long-distance goal, would you believe, in my second game for Birmingham at Anfield, but you hardly saw the ball for 90 minutes and had to take really good care of it when you had it. They had proper world-class players.

This might sound a little strange, but this was also Liverpool. I loved going to play there – the atmosphere, the noise were different class and you were playing against top-class players. You always knew you were up against it, but it was a brilliant place to play and the Scousers loved their football.

The best player I played against was Kenny Dalglish. He was the kingpin of Liverpool, world-class, mentally and physically very tough. As for direct opponents, you had battles with centre-back pairings every week whether it was Allan Evans and Ken McNaught at Aston Villa, Alan Hansen and Mark Lawrenson at Liverpool, Steve Bruce and Gary Pallister at Manchester United, Terry Fenwick and Alan McDonald at QPR or Alvin Martin and Tony Gale at West Ham. But if you were to pin me down to choose one defender, I would say Paul McGrath. You could never do him for pace, he was tough and a cultured defender. He was a fantastic footballer and a modern day centre-half.

I’m doing a bit of scouting and I’d never say never to going back into coaching, but my main aim is to make sure my family is happy and I live a fulfilling life whatever I do.