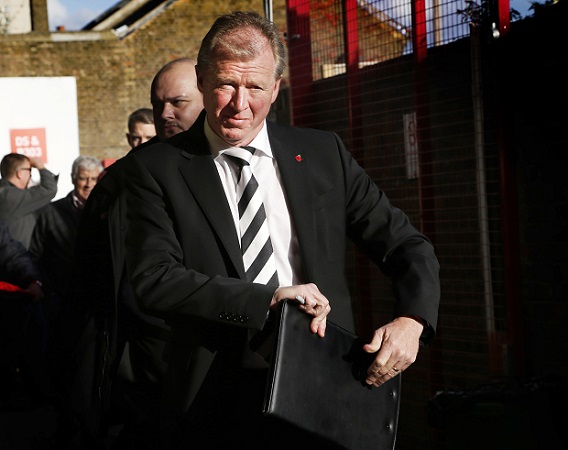 Signed by Brian Clough in 1971, the 66-year-old made over 300 appearances for Derby, winning two First Division titles, a PFA player of the year award and 27 caps for England.

Derby have rarely threatened to repeat those glory days but after seeing the Rams bounce back from last season’s play-off final defeat to surge clear at the Championship summit, Todd says the club finally have a man who can help them fulfil their potential.

“I’ve been hugely impressed by Steve,” said Todd, who, like McClaren, worked at the Baseball Ground as assistant to Jim Smith. 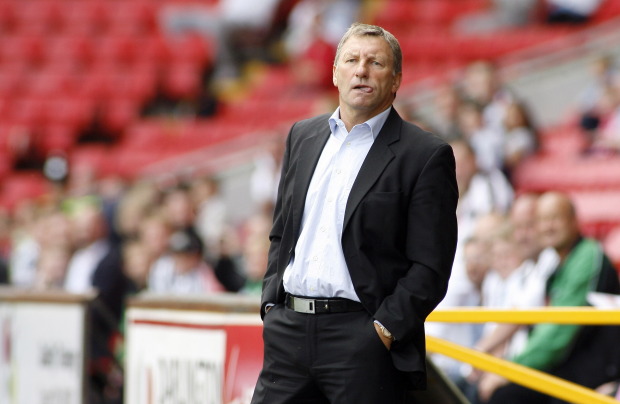 “You could see that mentality reflected in the way Derby have bounced back. They didn’t deserve to lose to QPR at Wembley and it must have hurt everybody. But it’s as if they’ve gone ‘Right, we’ve had a little bit of glory, now let’s keep the wheels rolling for next season’.

“They look determined not to enter the lottery of the play-offs and with Steve at the helm, I don’t see why they can’t finish first or second. They’re certainly good enough.”

Todd, who spent a brief spell in charge of Derby in 2001-02 and is now managing Danish outfit Randers, also believes McClaren will strengthen in January.

“That’s the most important thing,” he added. “Steve will assess his squad and say ‘Can I strengthen?’ And the answer is that yes, you can always strengthen. It’s a hectic period right through to the end and you don’t want promotion to be derailed by injuries or suspensions. So I think he will delve into the market, whether it’s loan or purchase.

“But it is tricky because do you buy players for now or do you start looking at Premier League quality for next year? That’s a question only Steve can answer.”

And Todd is also convinced that former club Bolton – with whom he won promotion to the top flight in 1997 – will steer clear of danger under new gaffer Neil Lennon.

“Like Derby, it’s a club that’s close to my heart,” said Todd. “I had great times at Bolton as a manager. The year we went up, we won promotion with about five games to go and we eventually won the Championship as well.

“It’s great to see they’ve pulled away. If you look over the Christmas period, there’s always one club that comes out of the pack and makes a surge towards the play-offs. It will happen again this season and it would be great if it was Bolton.”

*Todd is one of a number of top names supporting Prostate Cancer UK’s Men United London to Amsterdam cycling challenge next June. Fans can get involved by visiting prostatecanceruk.org/Amsterdam.