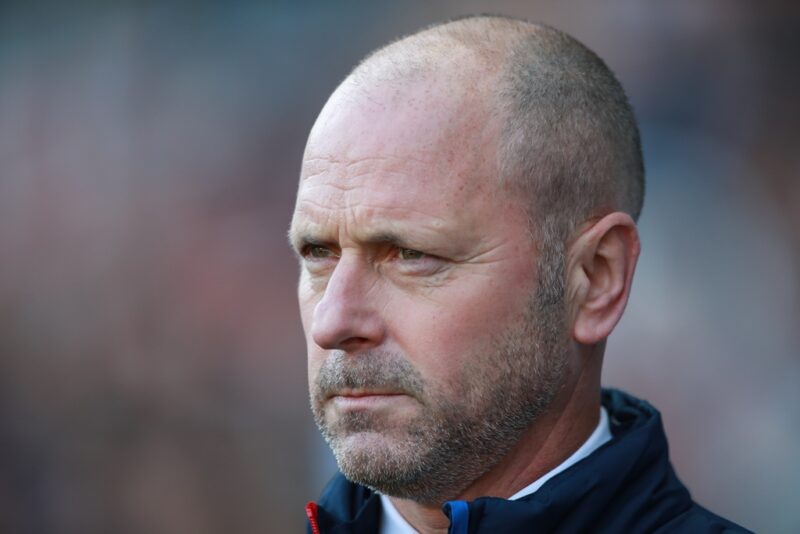 When we were decorating the back bedroom a couple of years ago, we saw a lovely cast-iron bed frame.

Sturdy. Rustic. Stylishly scuffed. It wouldn’t have looked out of place on the cover of Ideal Home. Sadly, it cost about a grand.

So we improvised. A cheap Ikea bed. A slab of plywood. And for the ‘wrought-iron’ headboard, four of those weird rubber doormats doused in white spray paint. A few screws, a lot of No-More Nails and voilà – fit for a king.

Until that is, it became apparent that paint doesn’t adhere very well to rubber. Guests woke up with a mysterious case of dandruff. The glue dried out, then bits fell off. Before long, we had to explain why we owned a spare bed that looked like something from Scrapheap Challenge.

Clearly, we’d have been better buying something simple and affordable than trying to imitate something flash and expensive.

Much like Reading, whose appointment of Mark Bowen as manager this week marks the continuation of a strategy best described as ‘budget Wolves’.

Wolves’ takeover by the Chinese investment firm Fosun in 2016 is convoluted and controversial, but boils down to one basic truth.

Guo Guangchang, the Fosun founder, is advised almost exclusively by Portuguese super-agent Jorge Mendes, whose contacts, vast client base and influence over Europe’s biggest clubs allowed Wolves – then a Championship side – to sign players far beyond their means.

“It was ridiculous,” said the manager of a rival club when Wolves were promoted in the 2017-18 season. “They were a top-half Premier League team playing in the Championship.”

Eighteen months on, they are playing in Europe. Little wonder then that Reading’s own Chinese backer, Dai Yongge, tried to pull a similar stunt.

Nobody knows quite when Kia Joorabchian rose to prominence at the Madejski, but the man who famously brought Carlos Tevez and Javier Mascherano to West Ham is now firmly at the yoke.

Despite holding no official position, the Iranian agent has effectively directed transfer strategy for much of the last 12 months, and was instrumental in the appointment of previous manager José Gomes.

Unfortunately for Reading, however, his signings have not matched the calibre of those procured by Mendes.

There are various reasons for that, not least Reading’s perilous position in relation to Financial Fair Play.

Where Wolves spent £68m building a side fit for the Premier League, Reading began the summer under embargo and spent the transfer window engaged in some extremely creative accounting.

As a result, players like Pelé, Rafael and even George Puscas – a £7.5m signing from Inter Milan – lack the ‘box ready’ class of Neves, Jota and Ivan Cavaleiro.

And while Wolves constructed an effective Portuguese/English core, Reading have amassed a hodge-podge of nationalities and cultures more akin to the failed experiments at Charlton, Nottingham Forest and Doncaster.

All of which begs an obvious question. If you can’t afford the quality, what’s the point in using a super-agent? It’s like hiring Norman Foster to design your garden shed.

Better, surely, to follow the example of yesterday’s opponents Preston, who have gradually constructed a top-six squad for a fraction of Reading’s budget and outlay.

Heading into that game third bottom of the Championship, the departure of Gomes – described by one insider as little more than a stooge – might have offered Reading a chance to reset.

Yet Bowen, appointed on Tuesday, previously worked as the club’s sporting director, a position inherently beholden to the influence of Joorabchian.

Will that change now he occupies the dugout? Almost certainly not. For now at least, Reading’s supporters will have to put up with being a cheap knock off.