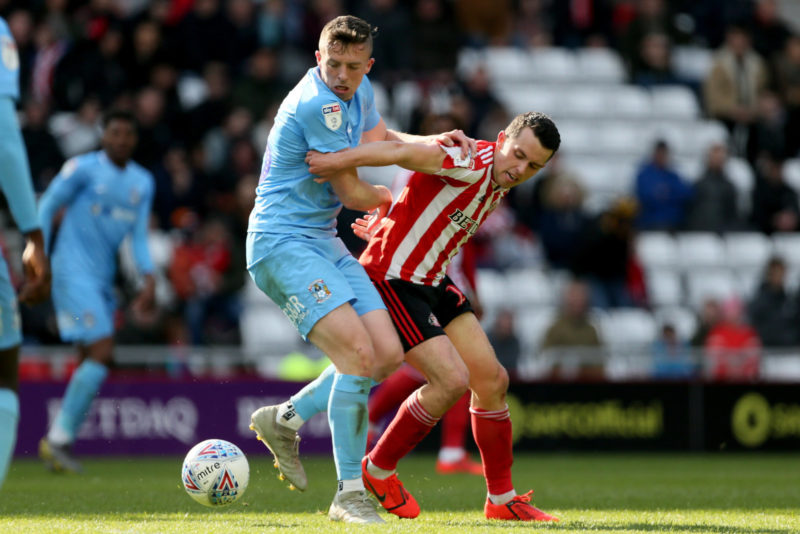 GEORGE Honeyman believes the time was right for him to fly the nest and join Hull having grown from a 10-year-old boy into a man playing on Wearside.

Sunderland was all the now 24-year-old had ever known before signing for the Tigers this summer and, although the move initially came as a shock, he is enjoying trying something new.

The former Black Cats captain had just a year left on his contract at the Stadium of Light when Grant McCann came knocking and with no offer of a new deal on the table, a whirlwind few days saw Honeyman swap the white and red stripes for black and amber.

“In my head I was never thinking about leaving Sunderland this year but it would have been crazy to stay and, if anything, I have been pushed out of my comfort zone now which I am grateful for,” said the midfielder.

“I pretty much lived the academy player’s dream at Sunderland and the club has been my whole life up until now.

“I joined when I was ten, spent my whole career there, made lifelong friends and then turned into the club captain – what more could you want really as a Sunderland fan?

“You have to keep a level head when you are playing and that fan side of things gets taken out of it. I will always be looking out for Sunderland and supporting them, though.”

Honeyman was a major protagonist in the Sunderland ‘Til I Die documentary that aired last year, which followed their disastrous 2017-18 season and ultimately saw them relegated from the Championship.  The Prudhoe man was given a ‘homegrown hero’ part to play by producers and despite the added exposure he gained, he admits he would advise his new club against taking part in a TV show.

“Anyone involved in football that knows me now, knows me from that documentary which is a bit frustrating,” he added.

“As players we didn’t sign up for that, it was just sprung on us and it definitely added a lot of external pressure on us while it was going on.

“It felt like Big Brother at times and I don’t think it was conducive to a good working environment and, to me, it was no surprise that the results on the pitch were affected.

“If Hull said they were thinking about making one I would be the first one to tell them that it might make good TV but it is not a good idea for a football club.” Still living in a hotel and yet to be reunited with his two dogs, this season spells the beginning of a new chapter in Honeyman’s career as he strives to get back to the Premier League, where he made six appearances across two years with the Black Cats.

The early signs – just one Hull win in their first four games – aren’t great but the new boy is positive.

“The boss is adamant that we need to make the play-offs this year and from what I have seen so far, there’s no reason why we can’t do that,” he said. “I’m one of those players that wants to be playing every week so I will be doing everything I can to keep my shirt and if I can contribute eight or ten goals from midfield, I will be a happy man.

“The results haven’t been amazing but I don’t think we’ve made a bad start – the  manager has a specific way he wants us to play and that is only going to get better with time.

“As long as the team is doing well with me in it, that will satisfy me.”