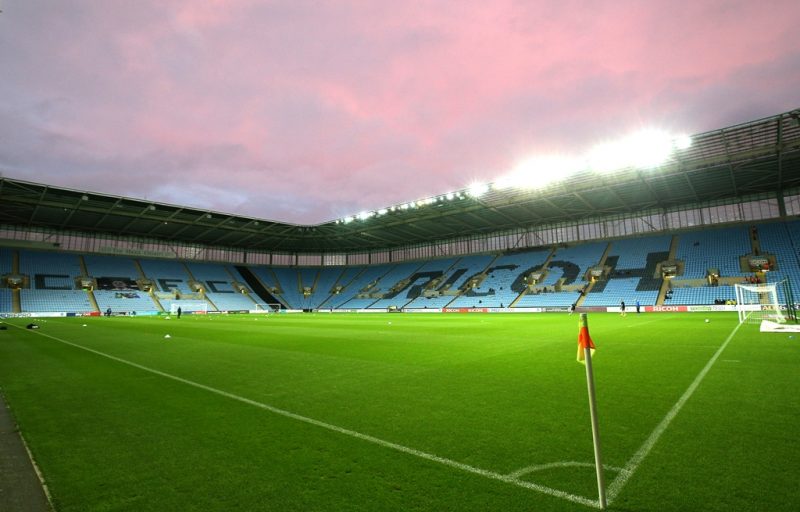 Judges have rejected the appeal by Coventry City owners SISU for a judicial review into the sale of the Ricoh Arena to Premiership rugby club Wasps.

The verdict would appear to end a long-running legal battle that has spanned four years since the proposed £20million sale of the stadium to Wasps by Coventry City Council was agreed.

SISU went to the courts arguing the £20million sum was below the real valuation of the 32,000-seater stadium and an insufficient return to the pockets of taxpayers.

New investors in Wasps opted to relocate the club away from London under mounting debts and lowly attendances at their then home of Adams Park, Wycombe Wanderers’ ground. Dropping the ‘London’ from the club’s name after moving to Coventry.

The Sky Blues released a statement ahead of the court verdict passed on Friday, confirming their pursuit of a new long-term groundshare deal that will go beyound the one-year extension agreed last year.

“Coventry City Football Club can confirm its intention to agree a new deal to play matches at the Ricoh Arena beyond the end of the current season,” the statement said.

“Coventry City has already made this clear to the stadium owners Wasps, writing to them directly on 28th September to request that talks commence to achieve this aim.

“We want to avoid doubt and uncertainty for everyone connected with the club, but most importantly for fans, about where the Club will play home matches next season.

“Without agreement of a stadium to play at next season, the Club’s place in the English Football League is at risk. The Ricoh Arena is currently the only suitable option available for the club to play home matches in Coventry.

“We are committed to working with the stadium owners Wasps to achieve our aim of a new deal, which we believe will be of benefit to them too.”

SISU has claimed the true value of the Ricoh Arena is closer to £30million and took the decision to appeal against a judges ruling last September against a judicial review in the High Court.

The club’s supporters’ Trust, Sky Blue Trust, issued a statement after the verdict urging SISU to secure the team’s tenancy at the Ricoh Arena and to sell the club to new owners who could deliver a ‘positive future’.

The Sky Blue Trust statement released read: “The news that SISU have once again lost in court gives the Sky Blue Trust hope that this futile and costly legal saga has ended. The Trust is now asking for three things to happen:

“1. SISU and Otium should confirm immediately that no further legal action regarding the Ricoh Arena will be undertaken. No appeals, no JR3, 4 or 5.

“2. The club confirm to Wasps that there is no longer any impediment to constructive talks over continued use of the Ricoh by the Sky Blues.

“3. SISU accept that, to give the club a positive future, new owners are needed, who will take a long-term view, build positive partnerships with all the stakeholders and win the confidence of Sky Blue fans. We urge Tim Fisher not to pretend that he and SISU are in any position to do that themselves. They have created toxic relationships with everyone involved and all confidence in them was lost, forever, some years ago.”