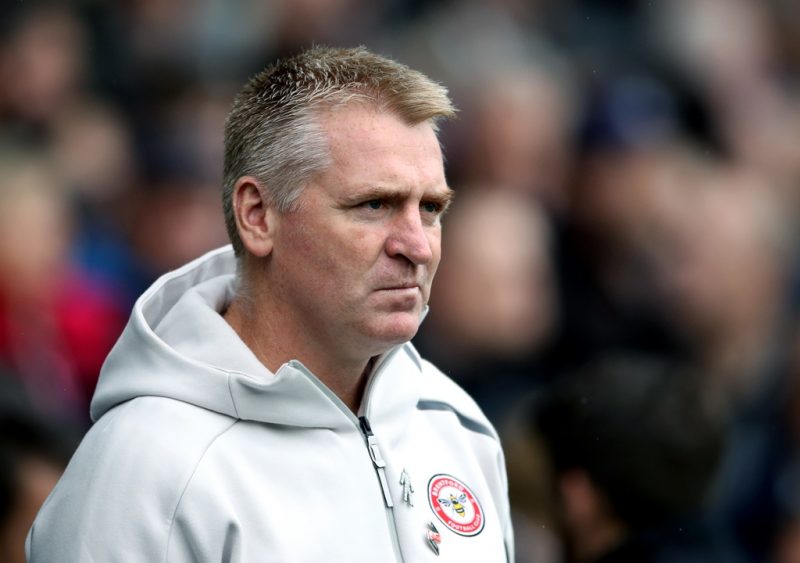 Aston Villa have confirmed the appointment of Dean Smith as their new head coach, with John Terry to serve as his assistant.

Birmingham-born Smith moves to Villa Park after almost four years in charge of the Bees, and will take command of the squad as of next Monday alongside Terry.

The Chelsea legend called time on his playing career last week after spending last season at the heart of Villa’s defence – when the team reached the Championship play-off final under Steve Bruce.

Smith and Terry will be allowed to focus solely on turning the fortunes around at 15th-place Villa as the board also announced the implementation of a sporting director role within its structure.

Jesus Garcia Pitarch will oversee the club’s recruitment and scouting network and brings experience of working in the role for La Liga giants Atletico Madrid and Valencia.

On the club’s new fresh start, Villa chief executive Christian Purlow said: “These three appointments represent the start of a new era and direction at Aston Villa and we are delighted to secure their services after an extensive search.

“Dean has a clear and successful coaching philosophy as well as a real understanding of Aston Villa Football Club. He is also knowledgeable about the Championship.

“The board welcomes him to the club and is looking forward to working with him and his staff.

“John is one of the most decorated players in English football, has an affinity with the club and is ready to make the next step in his career working alongside Dean.

“And Jesus also brings a huge amount of experience in his particular role having worked with some of the biggest clubs in Europe. He will ensure the club has an integrated approach running from the academy through the U23s and into the first-team.”

Dean Smith took the reins at Griffin Park in 2015 following the shock sacking of Mark Warburton, who guided the Bees to promotion to the Championship and a remarkable haul of 78 points upon their return.

But the former Walsall boss turned the west London club into a side who earned praise for their attractive passing style and backed this up with league finishes of ninth, tenth and ninth over the past three seasons.

Smith and Terry will be in the dugout at Villa Park for next Saturday’s league match against Swansea City, while one of Smith’s two assistants at Brentford, Thomas Frank, is the odds-on favourite to step into the senior coaching job.