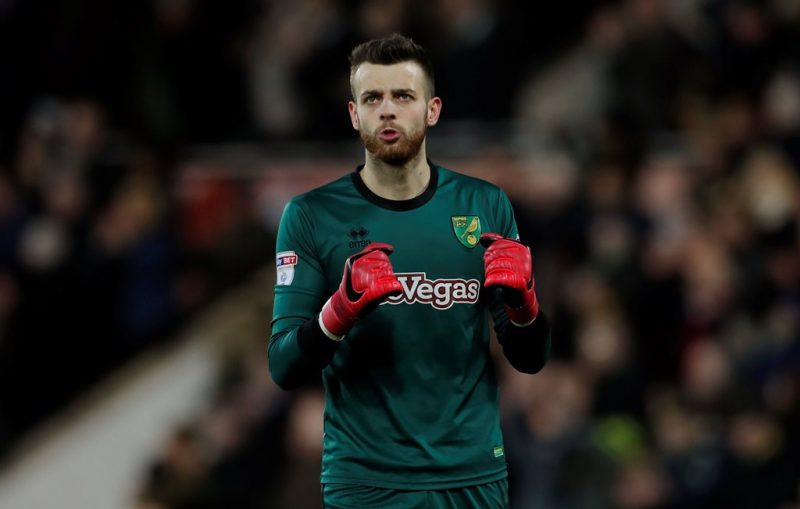 Leeds United fans may be frustrated over the lack of incoming signings at Elland Road but a fresh move to fill the team’s need in between the posts has been switched towards goalkeeper Jamal Blackman.

Marcelo Bielsa’s attempts to lure Angus Gunn away from Manchester City have proved to be in vain, with the Norwich City loan star on the verge of completing a transfer to Southampton. You could be on the verge of discovering your new favourite betting website at 12-bet.com.

The south coast Premier League side are set to outgun Leeds after a £15million bid was accepted late last week for the 22-year-old, who recorded a total of 15 clean sheets for the Canaries last season.

Leeds have yet to make a permanent signing during the summer transfer window despite eight first-team players heading for the exit.

After a loan deal for Chelsea midfielder Lewis Baker was made official, Leeds are set to head back to the Blues by turning their attention to Jamal Blackman, according to the Yorkshire Evening Post.

The Dutch club are an affiliate side to Chelsea’s academy, with Lewis Baker also developing his early career at the club where Leonid Slutsky is now manager. And it is understood Vitesse are interested in rivalling Leeds’ loan move to see Blackman return to their ranks for the coming season.

This is not the only transfer the Championship side have been looking to make, with Derby County striker Matej Vydra on their radar.

That link has since been rumoured to have broken down after Vydra’s representatives returned to the negotiating table with bloated wage demands.

Chairman Andrea Radrizzani, estimated to own a personal wealth of £450million, and the club’s director of football Victor Orta were notified it would take a weekly wage of £30,000 to win Vydra’s favour.

An agreement with free agent Abel Hernandez has also stalled due to a costly financial package leveraged by the Uruguay international’s agent.

Good news surrounds the pursuit of Juventus youngster Moise Kean, with wage demands deemed acceptable by the club and they are also willing to meet the Italian giant’s insistence that a buy-back clause be included in the deal.

Leeds again faced competition from another club in the race for a transfer target, but Monaco refused to add the buy-back clause which would allow Juve to re-sign the 18-year-old striker.

Interest in the Italian-born teen was sparked by Kean becoming the first player to score a goal in Serie A having been born at the turn of the millenium.