Home / Features / Columnists / Wellens: My first spell in coaching was unpaid but that didn’t matter as long as I had the opportunity to work with John Sheridan

Wellens: My first spell in coaching was unpaid but that didn’t matter as long as I had the opportunity to work with John Sheridan 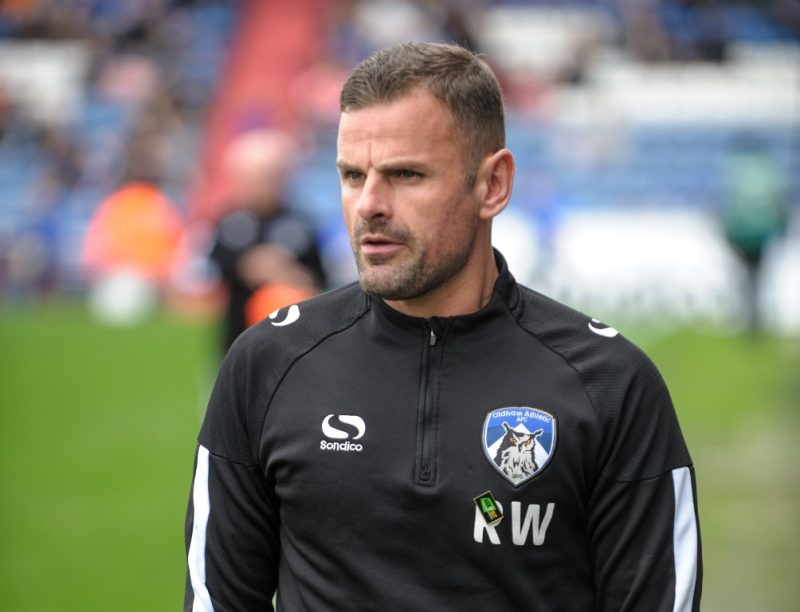 It has been 21 days since Oldham Athletic parted company with manager Richie Wellens after the Latics failed to beat the drop in the battle for League One survival. In a detailed account with Coaches Voice, the 38-year-old reflects on his first steps into management and the lessons he has learned in relationships with players and the boardroom.

On the final day of the season, we knew what we had to do: beat Northampton, and we’d stay up.

Before kick-off, I tried not so say too much to the players.

If you’re constantly on them, they can overthink things and get nervous. In the days before, you’re clear about what you want from them so that on the Saturday, they get in the zone and win the game.

At least, that’s the idea.

For the first 40 minutes, things were looking good.

We were a goal ahead and I was already thinking about the half time team talk. But before we made it to the dressing room, everything changed.

Two goalkeeping errors in the space of five minutes meant I had to rip up the team talk and start again.

I had to pick the players up. Especially the ones who had made mistakes.

After 10 minutes of the second half we scored the equaliser: 2-2. After that, you’re just hoping that someone can take one of the chances we’re making. Produce a bit of magic to get us the winner.

But then the Northampton fans started cheering and we knew exactly what that meant: our relegation rivals, Rochdale had taken the lead against Charlton.

In the end, we got relegated by one point, and my first season – actually, my first eight months – as a manager had ended in the worst possible way:

Relegation. And a few weeks later, the sack.

It wasn’t what I had planned. But that’s pretty much in keeping with my time as a coach so far.

By the time John Sheridan offered me a spot at Oldham as a first team coach, I had eight months of coaching experience under my belt.

The job was unpaid, but John is someone I’ve got a lot of respect for. I’d played for the club and played for him. I thought it was a great opportunity to watch him work and experience working with first-team players.

I watched John and his assistant Tommy Wright closely. It was a period had a massive impact on me. I’m not one for taking pages and pages of notes, but I was always watching, getting a feel for it: what did John do at certain times, when the players were feeling like this? What did he do the next time, when they were feeling differently?

After two months, my apprenticeship was over. John left Oldham and I was thrown into the situation, with the club at the bottom of League One.

I had two options: sink or swim.

You can read the full article of Richie Wellens’ time in the game with Coaches Voice by clicking below or viewing: www.coachesvoice.com/best-laid-plans-oldham-wellens/