Posted on May 19, 2017 by Matthew Bishop in Latest News, Skybet Championship | 0 Comments 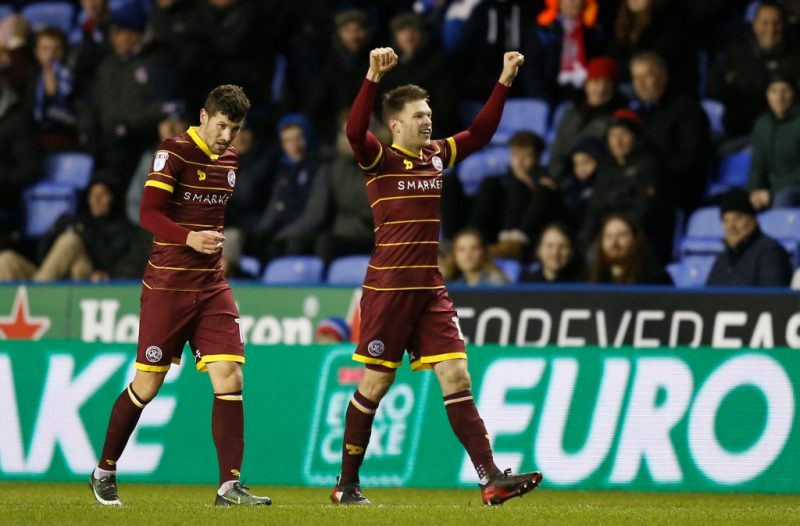 QPR striker Jamie Mackie has signed a contract extension that will keep him at Loftus Road until the end of next season.

The former Plymouth front man, 31, rejoined the R’s following his release from Nottingham Forest in June 2015, but has played just 33 times in his second spell as injuries have blighted his time in the capital.

Nevertheless, he still managed a couple of important goals this season, including a thumping winner at play-off finalists Reading in January, and Mackie is delighted to be extending his stay in West London.

Speaking to QPR’s official website, the striker said: “I’m buzzing that the deal is signed and my future is sorted.

“Everyone knows how I feel about QPR and when the opportunity came up to extend my stay here, it was a no-brainer for me.

“The last two years have been frustrating for me with the injuries, but I’m delighted the manager can see what I can bring by offering me this new deal.”

Mackie is a real fans’ favourite at Loftus Road, thanks to his workrate and also a successful first spell with the club, between the years of 2010 and 2013.

In that time, the Scottish international netted 18 goals in 94 games, helping the R’s reach the Premier League, and Mackie is now determined to get his fitness back and repeat his promotion with the club six years ago.

“I just want to make sure I have a good pre-season, which I’m sure I will do under the gaffer, and really push on next season.” said Mackie.

“We know last year wasn’t anywhere near good enough but that’s behind us now and we’re looking to the future.”