Another league campaign may have drawn to a close but as is always the case with England’s second tier, we have been treated to a wonderfully competitive and action-packed ten months.

The English Championship is often viewed as one of Europe’s top ten leagues despite it not being a top-flight division.

The reason for this is the wages, size of the clubs, attendances and number of international players plying their trade one division down from the Premier League.

Dropping down a tier does not mean that a player’s international career is over; in fact, quite often, it is the opposite.

The 26-year-old centre-back has become a cult hero on the Elland Road terraces this season and even has his own song ‘Pontus Jansson’s Magic Hat’ after his consistently eye-catching performances in the heart of the Whites’ defence. Those performances have also seen Jansson named in the Championship Team of the Season.

Initially, Jansson joined Leeds on loan from Serie A side Torino in August but has impressed since his arrival and after his 22 nd appearance, Leeds triggered a clause in his loan contract making the deal permanent.

Having started his career at Malmo FF, Jansson went on to make his debut for the Swedish National side in 2012 where he has gone on to make 12 appearances for the Blågult and was part of the side’s Euro 2016 squad.

He will be confident of making the squad for the 2018 World cup with Sweden, where the international football betting odds have them at 150/1 to claim a first World title.

27-year-old Kodjia was born in France but was called up for the Ivorian National Team and marked his debut with a goal against Gabon nearly a year ago.

Ten games and five goals have followed at international level for Kodjia with his place in the national team now well established.

His international call-up came about after joining Bristol City from Angers in 2015. Nineteen goals in 49 league appearances led to Kodjia moving to fellow Championship side Aston Villa in an £11 million deal midway through August last year. It has been a success: with 19 goals in 33 league appearances, the Ivorian has almost single-handedly guided Villa away from trouble and into mid-table security ready for a promotion assault next season. 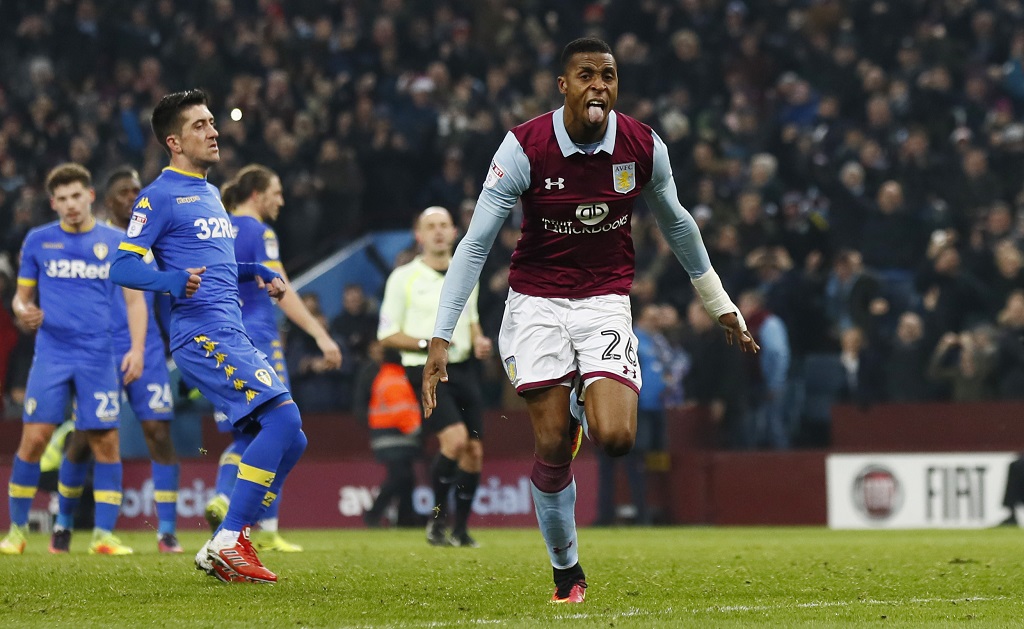 This may be the second Leeds player in this list, but there is very good reason for it.

Thirty times this season Kiwi Chris Wood has found the back of the net for the Whites, leading him to be named in the PFA Championship Team of the Year.

Eighty league games for Leeds in two seasons has returned 40 goals for the 25-year-old and that form has been replicated on the international scene.

Forty-seven caps have seen Wood net 19 goals for the All Whites since making his debut in 2009.

He also made three appearances for New Zealand at the 2010 World Cup, where the All Whites drew all three group games and despite being knocked out at the group stage, still remain unbeaten at a World Cup.