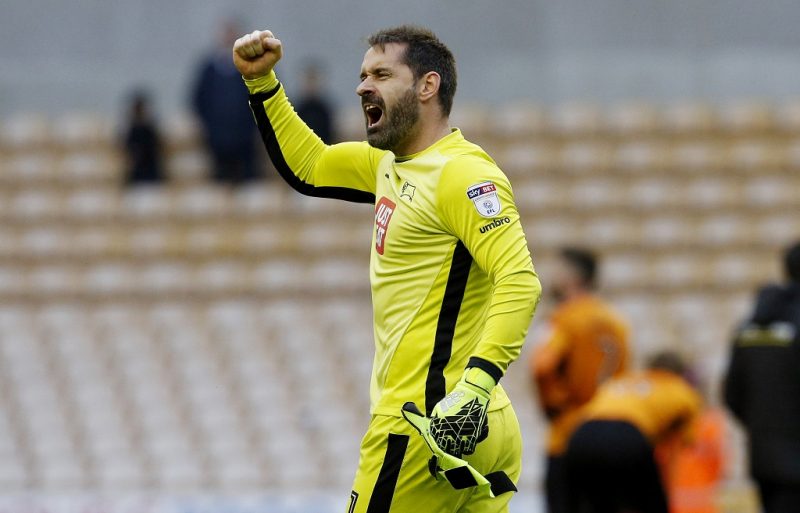 Scott Carson is refusing to get caught up in the emotion ahead of this weekend’s match against Nottingham Forest, labelling it as ‘just another game’.

The Derby ‘keeper has been ever-present this season for his team, and has played a vital role since Steve McLaren has returned to the club and turned their season around.

With five consecutive wins, and Carson keeping six clean sheets in the last eight games, the Rams are brimming with confidence going into the derby, but the shot-stopper told the Nottingham Post: “I think it’s important that, as a group of players, we don’t get too carried away.

“We just need to think of it as another game and try to get the job done.

“Sometimes, if you start thinking about derbies too much, you can end up going off your game plan.

“That’s been a big factor for us recently and it’s going to be important that we do that again.”

As well as their local counterparts, Forest themselves are going into the game in good form, with three straight wins including victory against league leaders Newcastle.

Two away wins in that run, at Ipswich and Barnsley, will also give Philippe Montanier’s men faith when they make the short journey to the iPro, and Carson is expecting a massive test.

“Both teams are going into it on the back of successive wins, so it’s going to be a good match.

“Hopefully, we will come out on top.”