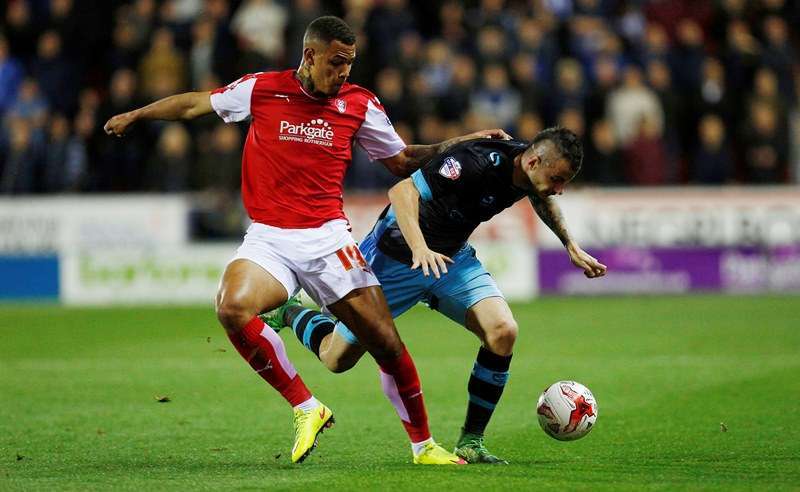 Rotherham United striker Jonson Clarke-Harris has been ruled out for nine months after sustaining a serious knee injury in the team’s 7-0 friendly win over local club Parkgate.

Scans have revealed the 21-year-old damaged his anterior cruciate ligament when falling awkwardly to the ground, and in unlikely to feature for United until the new year.

“It is a real blow firstly to Jono and obviously for the club,” Millers boss Alan Stubbs told the club’s official website.

“The injury came from a nothing kind of challenge, but unfortunately our worst fears have now been confirmed.

“We will do everything we can to try and get Jono back as soon as possible. We know roughly the timescale for a return is between six and nine months with this kind of injury,” Stubbs concluded.

That leaves the Millers with Danny Ward as their only senior striking option, with youth prospect Darnell Bailey-King.

Stubbs is under no illusions to where his priorities lie however, with the club submitting at least one bid for Millwall’s 27-goal hot-shot Lee Gregory that was rejected.