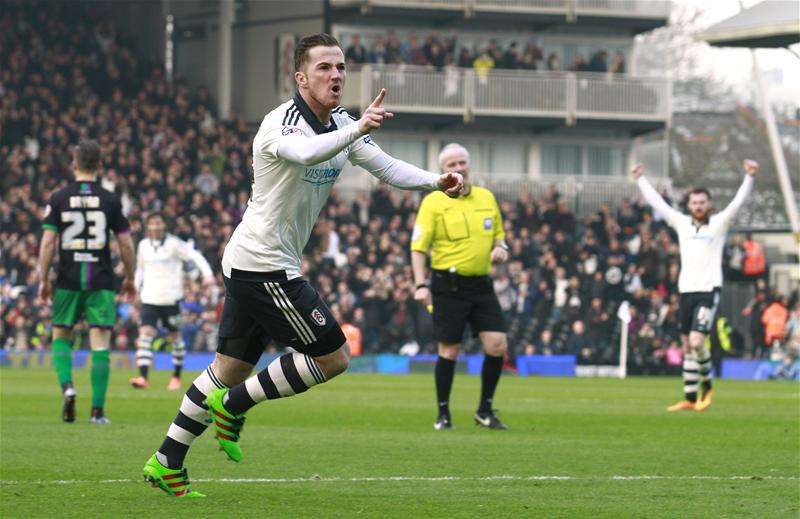 Brentford’s Alan Judge, Burnley’s Andre Gray and Fulham’s Ross McCormack have been nominated for this year’s Championship Player of the Year Award, with the winner set to be announced on Sunday.

Last year’s award was picked up by Patrick Bamford who scored 17 goals during a brilliant season long loan spell with Middlesbrough, who narrowly missed out on promotion in the play-offs.

Judge has been one of the standout performers this season, finding the net 14 times and providing 11 assists, which is the highest number of any Championship player.

Unfortunately, the 27-year-old midfielder suffered the cruel fate of picking up a season ending injury at the weekend when he broke his leg in the win against Ipswich.

Gray has seemingly felt little pressure after his £9 million move from Brentford over the summer. The 24-year-old has netted 21 times for the Clartes to help them move into the automatic promotion places.

The striker is on a rich vain of form at the moment having scored five goals in his last eight games, which included an impressive brace in the away victory at Bolton.

Whilst Fulham have under performed for much of the season, McCormack has once again demonstrated his superb footballing ability. The striker has netted 23 league goals, which represent over a third of the Cottagers’ tally this campaign.

The Scottish international, who joined Fulham for around £11,000,000 in July 2014 was also nominated for the award two years ago when playing for Leeds.