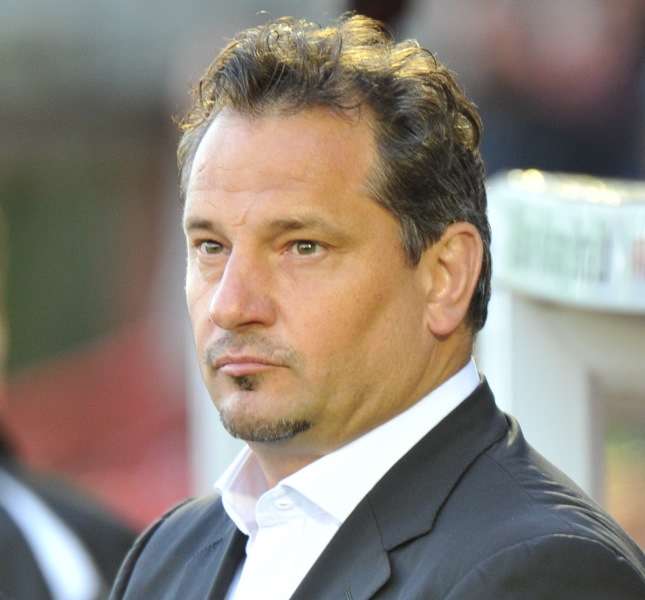 DEAN Holdsworth may yet be lionised as the saviour of Bolton Wanderers. It will certainly beat being remembered for THAT miss.

Sixteen years ago, the veteran striker was Bolton’s top scorer; a player who, at 32, had scored over 150 career goals, the majority of them in the top flight for Wimbledon.

So when he was picked out by a young Eidur Gudjohnsen in the 110th minute of an FA Cup semi-final against Aston Villa, the white half of Wembley prepared to erupt.

“He was ten yards out, goal gaping,” recalled Sam Allardyce, then in his first season at the Reebok. “This was it. This was our place in the FA Cup final. Go on, Deano.

“As the ball left Holdsworth’s boot I waited for the net to bulge, but it never came. Instead, it sailed over the bar. I collapsed to my knees. If I could have backed one player to stick away a chance like that, it would have been Deano.”

Bolton eventually lost on penalties, then failed to win promotion to the top flight. To this day, if you type Dean Holdsworth into Google, the first suggestion is ‘miss’.

“I was on the opposing team and even I felt for him,” said Villa’s Paul Merson. “He must still wake up every day and think about it. He must do.”

Chances are, though, he’s probably too busy to think about much beyond next week. Prior to his retirement, Holdsworth was already something of a polymath, writing a children’s book, appearing on the 2007 TV game show Deadline and designing clothes for Topman, all alongside coaching work at Derby and a spell as chairman of the PFA.

Since then he has managed Redbridge, Newport County and Aldershot, set up the Non-League Footballers’ Association, completed a course in Sports Psychology and runs a business called Education through Sport.

Now, after fronting a £17.5m takeover that rescued his ailing former club from administration, he is chief executive of Bolton Wanderers.

Not bad for a bloke who scraped his way up from Brentford, via the Crazy Gang and some serious tabloid infamy.

Schooled at Watford alongside twin brother David, the pair could finish each other’s sentences but had personalities poles apart.

“I was quiet, very content sitting in the background,” said David, who made over 500 appearances for the likes of Sheffield United and Birmingham. “Dean was a striker, a high-profile player who was always in the spotlight and loved that lifestyle.”

Though the truly crazy era had passed, the likes of John Fashanu and Vinnie Jones were still chopping suits up and it is testament to Holdsworth’s personality that, within two years, he was wearing the skipper’s armband.

“Deano had the character to fit in,” said Marcus Gayle. “I remember in one season, he bet the chairman (Sam Hamman) that if he scored 20 goals he’d have to come into the dressing room and kiss his backside. Deano did it and, sure enough, there was Sam, with Fash holding him down.”

Yet Holdsworth’s prolific scoring – he netted 53 Premier League goals in four seasons to earn an England B cap and a £3.5m move to Bolton – wasn’t confined to the back pages.

In 1996, a tabloid sting exposed his affair with 17-year-old Page 3 girl Linsey Dawn McKenzie and, three years later, he was convicted of punching wife Sam. Though the couple stayed together, he has since remarried. 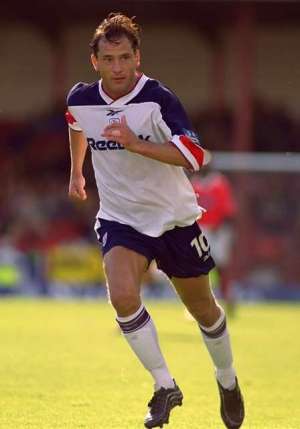 “I wish that some things didn’t happen,” he said in 2010. “Unfortunately you don’t have a crystal ball and experience only comes from living.

“There is so much out there for a young man who is healthy, fit and has money. There aren’t many T-shirts I haven’t got.”

But with age came maturity. Dean Holden, who joined Bolton as a teenager, initially thought Holdsworth, with his Louis Vuitton kit bag and personal insurance broker, was the flash Londoner portrayed by the media.

“He was just better dressed than the rest of us,” he said. “He was actually a cracking player and he taught me how to handle myself – on and off the pitch. We became great mates and if I ever had a problem, I’d got to Dean for help.”

Allardyce helped, his scientific approach opening Holdsworth’s eyes to the world of coaching. So  did a university course in Sports Management, covering managing conflict and stress, understanding profit and loss accounts, legal issues and marketing.

All proved required skills as Holdsworth began his managerial career at the bottom, first at Ryman North outfit Redbridge, then at Newport County, whom he led to the Conference South title in 2010. The Exiles’ current place in League Two owes much to the foundations he laid.

“Dean brought great professionalism,” said Exiles defender Paul Bignot, who subsequently joined Blackpool. “He looked out for everyone, training upped a gear. You felt like a pro.”

At the time, Holdsworth talked of managing in the Premier League. Yet subsequent stints at Aldershot – where a paltry budget left Holdsworth feeling “like an accountant” – Chelmsford and Brentwood proved less successful.

And with his business interests culminating in fronting the Sports Shield consortium’s takeover of Bolton, those ambitions have now changed.

“People around me have seen a different person over the last six months,” he said after the deal was ratified. “A more serious person, but one who has wanted nothing more than to see this transaction happen.

“I’m very proud to have done it and I will do whatever it takes to get this club back on its feet.

“I will give everything to Bolton.”

Well, he does owe them one.