The people here give me confidence, says Rotherham loanee Ward 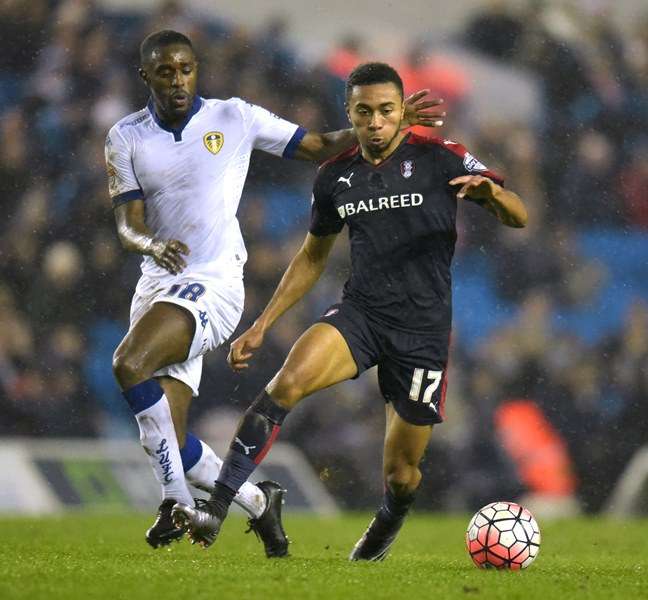 HE was playing in the same side as England hot-shot Harry Kane not too long ago, but Rotherham loanee Grant Ward insists he is happy to bide his time for Premier League stardom.

The midfielder, on loan from Spurs, extended his stay at New York Stadium in the January transfer window, having impressed amid Rotherham’s struggles.

Ward, though, is not afraid to look outside North London for his development, playing 11 games last season in League One with Coventry City.

He also spent a season in the MLS with Chicago Fire, for whom he made 20 appearances.

The 21-year-old is looking to soak up all the experience he can.

“It was an easy decision, for sure, to stay with Rotherham for the rest of the season,” he said.

“The main thing for me is playing a lot. I am learning from every game and it’s about playing regularly at the highest level I can.

“Tottenham is a good club to be at as a young player, and a lot of the guys there now have come through the ranks, but for now I am happy at Rotherham.

“I have been given a lot of confidence by all the people here. That’s the main thing and, hopefully, I can repay them.”

While Spurs press for honours in the Premier League, the young midfielder has an altogether different task – to keep Rotherham in the Championship.

Ward is confident the Millers have enough firepower to pull off another great escape.

“The Championship is a tough league,” he added. “That is one thing I have learned.

“It will be a tough fight but I think we have what it takes to stay up.”