McGeady pleased to get fresh start at Wednesday with Irish pals 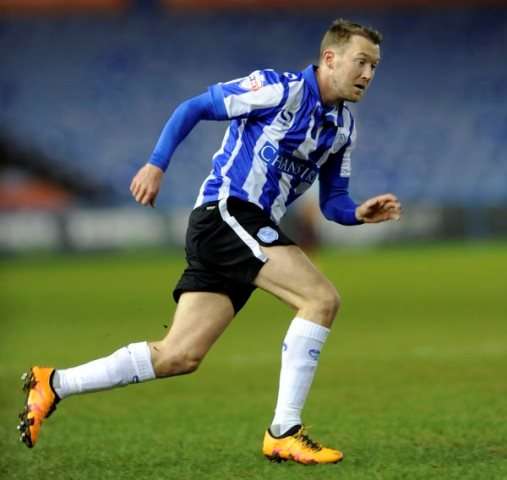 EVERY Irishman is eagerly anticipating this summer’s European Championships, but winger Aiden McGeady concedes he had no chance of heading to France before he swapped his Everton nightmare for a fresh start with Sheffield Wednesday this week.

Before making his Owls debut as a late substitute on Tuesday night, McGeady hadn’t played club football since he was taken off at half-time during Everton’s 5-3 League Cup win against Barnsley back in August.

That was the sole game the 29-year-old had started in the last 12 months and with Euro 2016 fast approaching, McGeady was told by international boss Martin O’Neill, right, he had to find first-team football if he wanted to make the Ireland squad.

McGeady concedes his inclusion couldn’t be justified had he remained an Everton outcast, but hopes that period of his career is now a firmly behind him.

“I’ve had a very difficult six months,” McGeady said. “I’ve been totally out of the picture at Everton.

“Martin O’Neill kept saying to me I had to get out and play. The manager couldn’t really justify picking me if I was in the same situation I was in.

“And I wouldn’t want to do that anyway, sit there and not play and just be training every day.

“How can he take me? Even though I’d want to go, even if he did take me, what am I going to be? A five-minute impact sub? 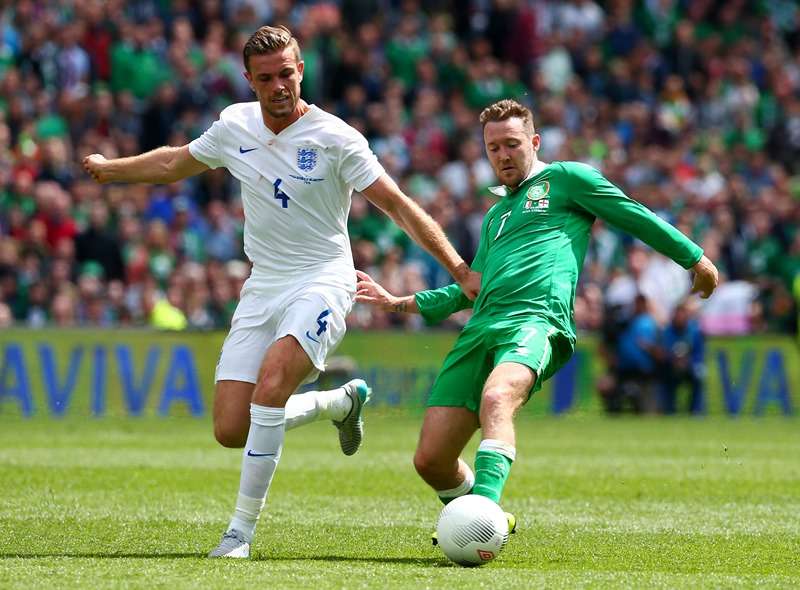 Winging it: McGeady in action for Ireland against England last year (photo by Reuters / Eddie Keogh)

“There wouldn’t really be any point in going would there? I wouldn’t be any use to the team if I hadn’t played for a year. I knew I had to get out and play.

“I’d forgotten what it was like to play football to be honest. I was training Monday to Friday and having weekends off.”

Before deciding on a move to Hillsborough, McGeady also revealed there had been interest from clubs in Russia, where he spent more than three years previously with Spartak Moscow.

There was interest too from Premier League and Championship clubs, but the Irishman said playing regular football was his priority.

“Leeds were one of them,” he said. “Sevilla, that would’ve been a nice one if it’d come up, but it wasn’t to be.

“But I’d made my mind up anyway. There were offers to go back to Russia and things like that, but realistically I wanted to stay in England.

“At the start of the window when I heard of interest from teams in the Premier League, I was actually thinking to myself I’d be better going to a team where I’ve actually got a chance of playing than to go to another Premier League team and do what I was doing at Everton, be in the squad, coming on, not starting every game.”

The settling-in process with the Owls was made smoother with familiar faces surrounding McGeady, including former Celtic team-mates Glenn Loovens and Ross Wallace, as well as fellow Republic of Ireland international Keiren Westwood.

And McGeady feels that has helped him hit the ground running.

“It was all pretty hectic,” he added. “It always is when you join a new club. It’s like the first day back at school, having to go in and meet all the players.

“It’s been good because it’s never nice walking into a dressing room where you don’t know anyone. I know Ross Wallace really well, I came through at Celtic with him in the youth team. He used to be my room-mate!

“I know Loovy, I played with him at Celtic, Westy too, so it’s good that you know some familiar faces and it’s great walking into a dressing room and not having to make small talk with everyone.”