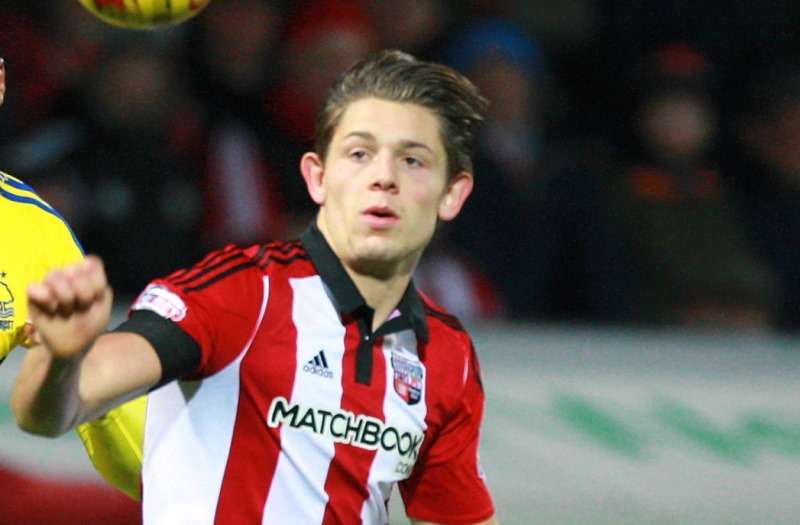 James Tarkowski is set to face disciplinary action by Dean Smith and Brentford after refusing to play for the Bees against Burnley.

The central defender has been linked with a move to Burnley, who had a bid rejected earlier this week after falling short of the Bees £4m valuation.

The former Oldham player has made 23 appearances so far this season and had been selected by Smith to face Burnley strike duo Andre Gray and Sam Vokes, but his refusal has cast doubts over his place in the Brentford team.

A club statement confirmed: “James Tarkowski will be the subject of internal disciplinary action after telling Head Coach Dean Smith that he did not wish to play against Burnley in tonight’s Sky Bet Championship match.

“Following discussions with Smith, Tarkowski declared himself unavailable for the fixture despite being selected in the starting line-up. As a result of these actions, he will be disciplined by the club.

“Any resulting sanction will remain confidential and the club will make no further comment on potential punishment.

“Tarkowski has been the subject of transfer bids during the current January Transfer Window but none have matched the club’s valuation of the player. In fact, all recent bids have been substantially lower than one that was rejected last year.”

Brentford lost the match 3-1 after a dominate first-half display from Burnley, whose manager Sean Dyche has also bid for winger Alan Judge.

Since when can a player pick and choose who he wants to play against! The club pays his wages every month on the dot! Embarrassing Tarkowski

Ah we see #burnleyfc are on one of those "unsettling the opposition before the match" tips now. Oh cheers ????