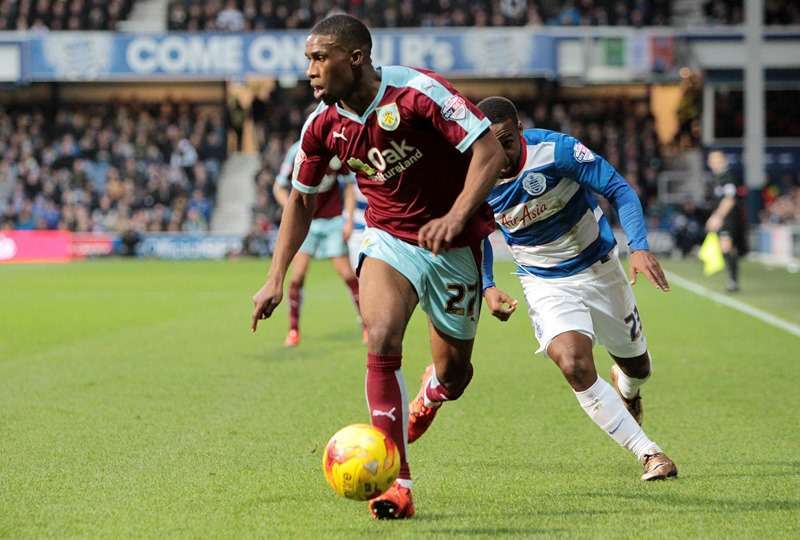 Burnley right-back Tendayi Darikwa has made a smooth transition to the Championship – but insists there’s more to come.

The 24-year-old joined the Clarets in the summer from Chesterfield, who he had joined as a 16-year-old and where he went on to establish himself as a key figure.

The defender has already earned admirers in the second tier and is loving life at the higher level.

He said: “I wouldn’t say it’s been easy for me to adapt to the Championship but I’m at a good age to still imp­­rove my game.

“I’m physically strong, quick and pretty direct. I think that’s helped to make a quick transition into a higher league.”

Darikwa reckons the battle for a starting berth with former Aston Villa defender Matthew Lowton is helping him show his best form.

“It’s tough competition because Lowts is a good player, that’s why he’s played in the Premier League,” he said.  “At the same time I think the competition brings the best out in me and I think that’s probably the same with him.”

Strong performances will always attract attention, but Darikwa is more concerned about continuing to impress at Burnley than worry about the rumour mill.

“I’m a Burnley player, I’m contracted to Burnley and this is where my focus is right now,” he stressed. “I’m enjoying playing my football here right now and whatever the future holds I’m sure it will pan out for itself.”

Burnley have dipped in form in recent weeks, but Darikwa believes they will be in the shake-up come the end of the season.

“We aren’t in the greatest run at the moment, but every team will have some bad patches.  We have such great quality and experienced players  who have played at the highest levels,” he said.

“It’s just about working hard and I’m sure we’ll be there or thereabouts come the end of the season.”

Born in Nottingham, Darikwa’s dad hails from Zimbabwe. He has a lot of family still living in Africa who he strives to support as much as he can.

“Zimbabwe isn’t one of the wealthiest countries in the world,” he added. “I do try to do my bit for my family and send them as much money as I possibly can over the course of the year.

“I’m in a very fortunate position and I think it’s important I help them out whenever I can.”