Ipswich’s Luke Chambers is back on the right road 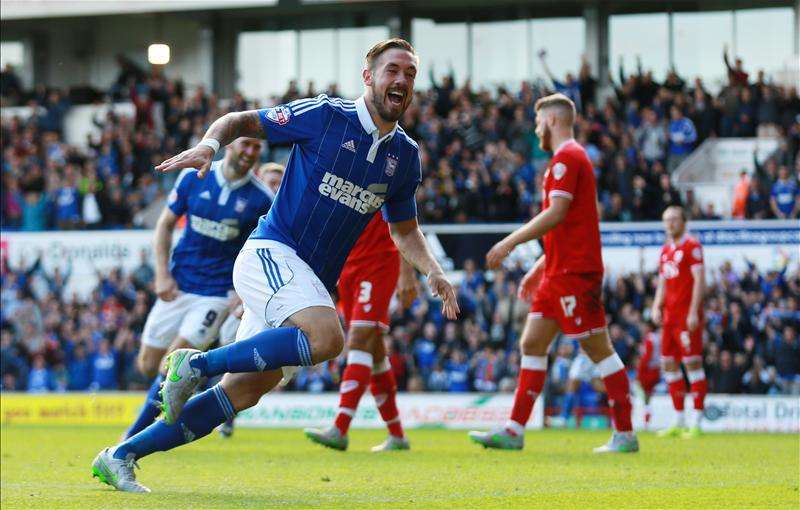 You can’t teach an old dog new tricks goes the proverb, but Ipswich Town’s Luke Chambers knows it’s his much-practised art that is letting him down.

The 30-year-old Tractor Boys skipper has forged a career as a centre-back but has been asked by boss Mick McCarthy to shuffle along the defence this term.

In the early days of Chambers’ career such a change would have been subtle, but full-back has become a specialist position, with everyone from the Premier League to Sunday League expected to be as talented at both ends of the pitch as Roberto Carlos or Ashley Cole.

A goal and two assists before yesterday’s trip to Charlton seem to indicate he’s offering Ipswich an outlet at the top end.

But before going to the Valley, only the Championship’s bottom club Bolton Wanderers had conceded more goals on the road.

And Chambers concedes it is an area that must improve if they are to reach the top six.

“The quality of the forwards in the division is high, so I’m always learning how best to deal with them, even though I’m the wrong side of 30,” he said.

“I feel like I’m doing alright this season. When I came to the club my preferred position was centre-back, but I’ve been deployed at right-back and it was something that took some getting used to.

“We know that we haven’t been difficult enough to score against as a team, and that’s probably the reason we are where we are.

“We started the season really well, then dropped off a bit but we feel like we are back playing well at the moment.

“We feel with the squad that we have got we should be higher up the table, but at the same time we are aware if we don’t do our jobs then we won’t be in the play-offs.

“I’m always learning. I’m trying to get myself forward when I can. I’ve scored and got a few assists, so that’s certainly an area I’m improving on. I’ve had to learn how to get up and down, rather than just shuffling from right to left as a centre-back. I’m certainly putting the miles in.

“I’ve always been my own person, I don’t try and model my game on anyone. I try to offer all I can for the team. That’s what the manager has asked me to do and as captain, that is part of the job.

“The gaffer and TC [Terry Connor] have been great with me.”

In September Chambers was fined £600 for speeding, having been summoned to South East Suffolk Magistrates Court, after failing to pay an initial £100 fixed-penalty or take up the option of completing a speed awareness course.

But the former Nottingham Forest and Northampton Town star laughed off suggestions he might be going off the rails and instead is loving life on and off the pitch in Ipswich.

“I came out the training ground and the police were hiding behind a fence,” explained Chambers, of the incident in May.

“I was on probably the quietest road in Ipswich doing 36 miles per hour on a 30 road and they caught me. I shouldn’t have been doing it. They sent me a letter with the option of doing a speed awareness course and I didn’t reply. Then I had my stag do and wedding and all of a sudden a few weeks had passed.

“The next letter I got was summoning me to court. It was my own fault and the missus gave me stick for not reading my mail – but she still married me!

“Life’s good at the moment down in Suffolk. The only difficult thing is balancing in a social life because we seem to be playing Tuesday-Saturday-Tuesday at the moment and are miles away from anyone else.”