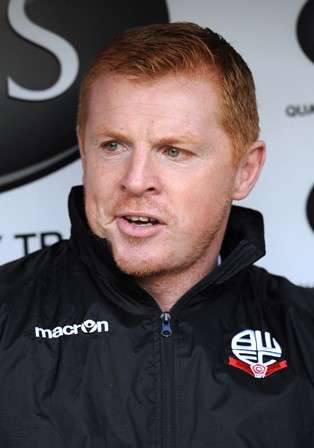 But psychology works in funny ways. I was chatting to former Tottenham striker Clive Allen last Sunday and he was talking about Harry Kane.

He saw Harry after the Liverpool game and asked what he was doing in training. And Harry said: “I’m doing as much finishing as possible.”

But Clive told me that when he was struggling in front of goal, Terry Venables had advised: “The more you think about it and the more you try, the worse it can get – do something else.”

By saying they lack quality, he’s not saying they’re rubbish. He’s not digging out individuals. He’s just trying to take the pressure off and get a response.

I played with Lenny at Celtic. He was my captain. I know how hard he works as a manager and his record at Celtic speaks for itself.

He was the man who beat Barcelona in the Champions League and took them through to the second round. Many a great manager before him failed to do that: Celtic fans still see Martin O’Neill as a legend, but he never achieved it.

That’s why I was surprised when he took the Bolton job. He’d been waiting for the right club and maybe he was thinking ‘I can only wait so long’.

I saw the Trotters against Brighton this season and they did really well. But against Derby and Blackburn it was obvious they needed a striker.

Gary Madine has done okay, but has missed a lot of chances. Lenny’s relying on Emile Heskey, but he’s 37 now. Young Zach Clough had a great start to his career, but has probably fallen below expectations. He’s expected to carry the team and that’s a lot of pressure on young shoulders.

When you’re trying to sign a player in Carlton Cole who hasn’t played for several months, it tells you that Lenny’s been given no money to spend.

And when that player subsequently joins somebody else, ironically Celtic, it tells you what a prospect Bolton is these days.

On Friday, Neil was able to bring in former Newcastle striker Shola Ameobi, 34, on a short-term deal after a trial,  so let’s see…

I really don’t want this run of Bolton’s to tarnish his reputation as a manager. He’s someone who did a lot for me at Celtic and his man-management, his discipline – it’s all very good.

Unfortunately, they aren’t winning games. And the fear is that they’ll get rid of him when really it isn’t his fault.

Or they’ll get to January, still be bottom of the Championship and the owners will think ‘We’re not going to spend any money in case we go down’.

Has he got anything going for him? Judging by performances, he hasn’t lost the dressing room. They’re not getting spanked five or six-nil. They’re not rolling over. They’re just struggling with confidence and – as Lenny said – the quality isn’t good enough.

That’s nothing against the players. That’s just reality. Neil is doing the best he can with the players he’s got. And if anybody can get them out of this, it’s him.