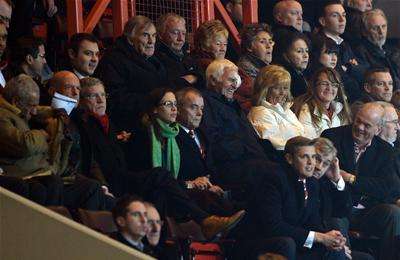 In yet another bizarre move by unpopular Charlton Athletic owner Roland Duchatelet the club have appointed Karel Fraeye as their interim head coach.

Before being appointed by Duchatelet on Sunday evening, Fraeye was manager of Belgian third division club KFC VW Hamme.

Fraeye has left the Belgian club struggling near the bottom of the league, after winning only one of his last five league games.

The 37 year-old has replaced Guy Luzon at The Valley who was sacked on Saturday just a week after being given a vote of confidence by Charlton’s Chief Executive Katrien Meire.

As rumours about Fraeye’s appointment began to circulate on Saturday night anger quickly grew among Charlton fans with many complaining that the club is rapidly losing its once proud identity.

Duchatelet took control of Charlton in January 2014 but has made little effort to reach out to the club’s fans.

During his time as owner he has made a number of unpopular decisions such as sacking club legend Chris Powell and selling fans’ favourite Yann Kermorgant.

Duchatelet was previously owner of Standard Liege but sold the club in June following a number of large-scale protests from Liege fans.

When the 68 year-old took control of the Addicks they were sitting in 19th in the Championship, almost two years later they are now in 22nd place.

Neither Duchatelet or Meire have made a comment on the appointment of Fraeye.