Home / Features / Columnists / Adam Virgo column: Carsley has a chance to put down marker at Brentford

Adam Virgo column: Carsley has a chance to put down marker at Brentford 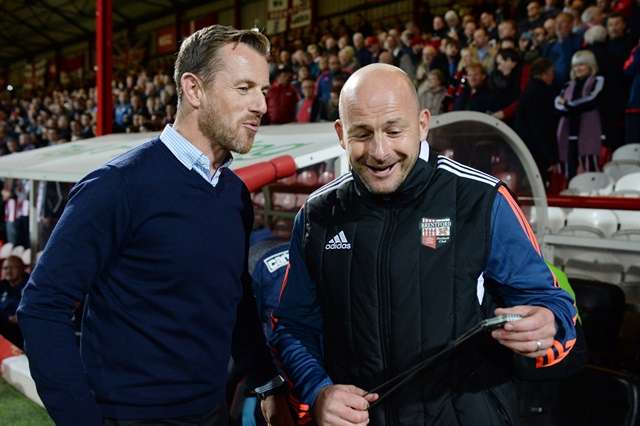 Who’s to blame for Brentford changing their head coach already? It’s hard to look past the owner of the club.

Let’s be honest, the club had a perfectly good manager in Mark Warburton and they let him walk out the door. I’ve spoken to him and listened to him many times and he’s very impressive.

I know Mark didn’t play at a high level, but the way he is in business, the way he conducts himself, the way he speaks and the people he brings in around him shows it can work.

He’s a very intelligent man. There’s a space in the game for people like him because there’s so much out there to learn.

You have to wonder what the Brentford fans think. How can you get rid of a manager who has over-achieved because you’ve got someone in the hierarchy who believes in stats and that players should be signed on the amount of passes they’ve made and how far they’ve run?

If you get too involved, as they’ve done, then you end up with egg on your face. It’s a bit like when a player has done fantastically well, scores week-in, week-out, but doesn’t fit in with the culture of the club, so he’s allowed to leave. He just goes to another club and keeps scoring.

Rangers is a bigger club than Brentford. Mark has gone up to Scotland with bigger expectations on him and, so far, it seems it’s just like getting back on a bike or swinging a golf club.

He’s continued his success and all credit to him. I’ve got so much respect for him in what he’s done in business and his career.

The way he conducted himself last season, when he knew he was leaving, even if they won promotion to the Premier League, was first class. A lot of managers would have spat out their dummy and made a lot of excuses.

He wasn’t one. He kept his cool and put his own personal emotions to the side for the good of his players. Back at Brentford, it’s a big job for Lee Carsley and at least it’s nice to see he’s been given the role until the end of the season. He’s said he doesn’t want it any longer than that.

It’s difficult. You’re always looking for a road into management and, sometimes, things don’t happen when you want them to. If you’re talking about a club, like Brentford, where the players are signed for you, then that’s not easy.

Lee might be in the situation where he thinks, ‘If I can do well, other doors might open’. You’ve got to get your foot in the first door, though and it’s probably a chance he couldn’t turn down.

There are managers now, like Nigel Worthington and Lawrie Sanchez, who had international jobs and then had to drop down.

When you’ve had a bad run, you’ve got to get yourself back in the frame again.