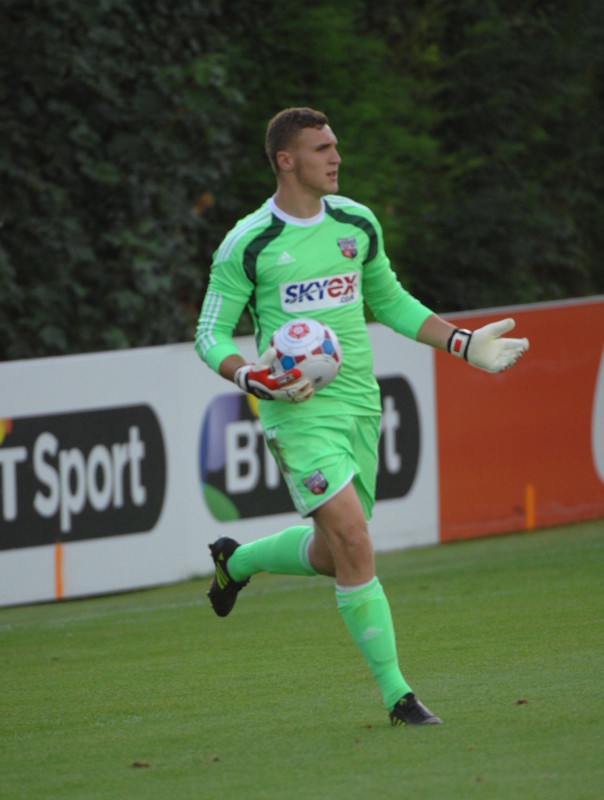 ‘Keeper – and boyhood Brentford fan – Mark Smith, 19, signs a one-year deal with the Bees having spent much of last season in the U21s side, while also enjoying a loan spell at Hampton & Richmond.

Following the departure of Mark Warburton and subsequent arrival of Dutch head coach Marinus Dijkhuizen, Smith’s immediate future with the Bees – as with others – was uncertain. But after penning a new deal the youngster held no reservations about his desire to be a first-team performer.

“Playing for this football club is like being home from home.  It’s a club I have supported as far back as I can remember, and one that would mean everything to grace the hallow turf in front of the stands where I used to watch Paul Smith,” said Smith.

“I have never been an advocate of luck, I’m firm believer that, if you train hard and look after yourself – both on and off the pitch, you’ll eventually get your chance to shine.

“In my opinion, there’s never been a better time to be at Brentford.  I learned a lot from training with Simon [Royce], David [Button], Richard Lee and Jack Bonham last season, which has enabled me to fine-tune my overall game and push on this coming season.

“The club is also continually looking to invest in good training facilities, and has a realistic vision about where it wants the club to be in 2-3 years time, which is important for a young player like me,” he added.

Smith will now form part of a three-strong goalkeeping trio when Dijkhuizen’s new-look squad reconvenes for pre-season training in Osterley on 1 July.