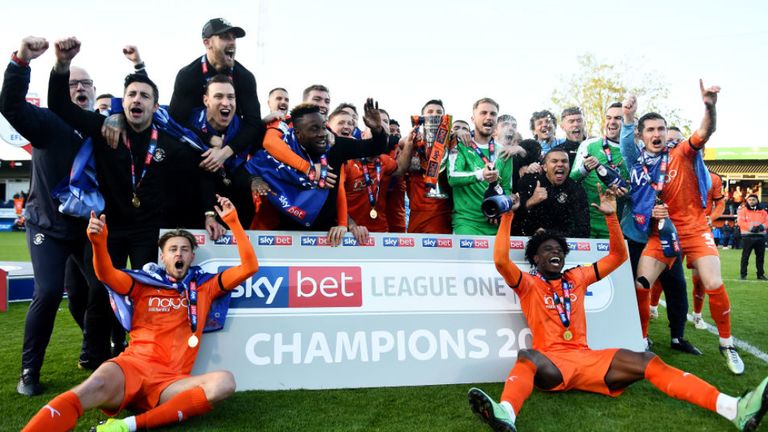 With the release of the EFL Championship’s fixture list comes sharp intakes of breath, quickened pulses, widened eyes, and visions of what may come.

For three teams, this is the very genesis of an adventure that culminates in promotion to the world’s richest and most popular league. For three others, it is the start of a downward spiral, further into the depths of the English system.

Opening Weekend: Which Fixtures Could be Memorable?

The first weekend of the 2019/20 season has certainly not disappointed in the currency of potential drama. The four televised clashes have undoubtedly been well-chosen, and each contain at least one team with genuine reasons to believe they can go up in 2020. Be on the up with these UK gambling sites and the best gambling offers.

It has been a long, hard slog for Luton since the club’s exile from the Football League in 2009, but the club’s first Championship appearance in twelve years offers a glorious opportunity to eschew a painful past once and for all.

Even 2018/19 had its turbulent moments, with Luton changing manager twice, and Graeme Jones only appointed in May. However, with 25 goals to his name last term, James Collins is set to be a man many stronger opponents will underestimate at their peril.

Amongst those ‘stronger’ teams are undoubtedly Middlesbrough, and despite folding horrendously after occupying a top-six spot for the majority of 2018/19, they will be a popular outright pick for automatic promotion.

Under Tony Pulis, the Teesside outfit were a disciplined unit, and boasted one of the most miserly defences in the league. In turn, the average number of goals produced either way per Middlesbrough match fell well below the league average.

If any team can quell Luton’s enthusiasm it is Middlesbrough, even though Jonathan Woodgate cuts a very inexperienced figure on the touchline.

Right now, West Bromwich look well-placed to gain automatic promotion, and this is reflected by the latest Championship markets.

The presence of Slaven Bilić in the Baggies’ dugout indicates a real agenda of intent from the higher powers of West Bromwich Albion, and has already served to shorten the club’s promotion odds.

However, this remains a very difficult match to call, and Forest’s strong recent form (with three wins on the spin to end 2018/19) could see them edge it.

This is a match which could have a massive impact on the race for a top-six finish – at the very least.

Both sides are expected to be challenging for the playoffs, and though Bristol City have endured very mixed runs of form since Christmas, the Robins stayed in contention for a playoff berth until the bitter end.

So too did Leeds United, and like Middlesbrough, the Whites ended 2018/19 notorious for their failure to gain promotion after a long spell in the top-two.

How the Whites recover from a humiliating defeat to Derby in the playoffs is unclear, but should Marco Bielsa retain his key talents, another shot is certainly forthcoming.

Expect another tight affair, with a roughly-equal chance of goals in either half, with seven of the last 13 goals scored in head-to-head clashes coming after the break.

The appointment of Jan Siewert at the start of 2019 came far too late to reverse the existing damage, and of the Premier League exiles, the Terriers look by far the weakest.

While Huddersfield may yet utilise their residual Premier League pedigree and incoming parachute payments, it will take a lot of bravery to wager on them bouncing straight back.

Though outclassed in their playoff final against Aston Villa, Derby can be truly proud of a 2018/19 season that saw Frank Lampard prove his credentials as a manager. In order to get anywhere near the same proximity to the Premier League in 2020, the same strong spine that got Derby into the playoffs will be needed.

Fikayo Tomori, Harry Wilson and Mason Mount were instrumental towards Derby’s improvement under Lampard, and even keeping one of those future internationals in place, however that may be done, would be a huge fillip for the Rams.

At the wrong end of the table, it is easy to foresee newcomers Luton being amongst the strugglers. That noted, Kenilworth Road will not be a pleasant ground for any club to visit next term, and home form may just about save the Hatters.

Fellow promoted sides Charlton and Barnsley will also be around the dogfight, although both clubs have masterminded relatively recent survival campaigns after a promotion from League One.

Nobody should rule out Millwall as potential strugglers either, with the Lions having only secured their second-tier status on the penultimate weekend of 2018/19.

However, Huddersfield and Fulham are both worthy long-shots in the relegation outright market, as re-adapting to life after the Premier League can also come as a shock.

The infamous 46-game Championship season sees the fixtures start to pile up, and it is often down to squad chemistry over innate skill whether or not a team successfully acclimatises.

In that respect, Huddersfield continue to lack the team chemistry of many second-tier peers. Recently, the Terriers have made a habit of folding easily, doing so in a similar way to the Sunderland side that dropped in successive seasons, between 2016 and 2018.

Meanwhile, Fulham disgraced themselves to a far lesser degree in 2018/19. However, the club still has to restructure on the back of a huge wage bill, after a spending spree last summer.

The relegation trap-door is one all teams try desperately to avoid, but the gruelling 46-game campaign sometimes becomes too much for even the strongest of sides.