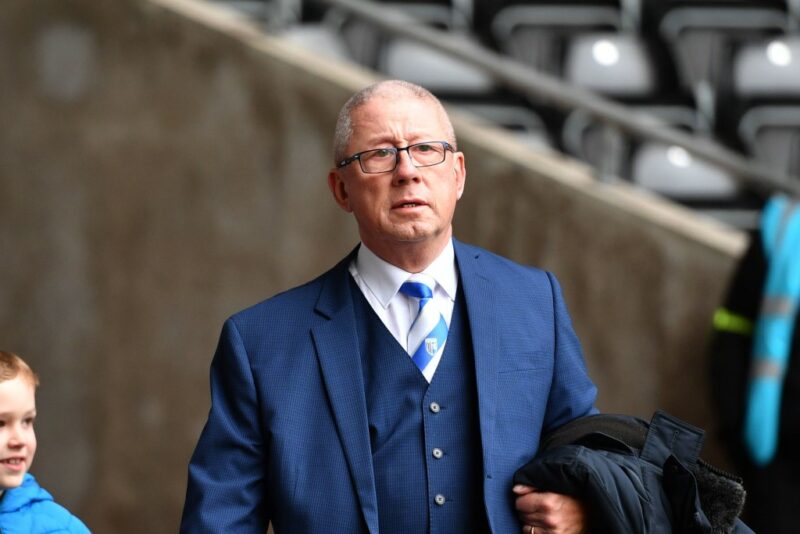 FUMING Gillingham chairman Paul Scally has blasted the Premier League’s bailout plan for League One and Two clubs – and urged the Government to step up to the plate.

After a tumultuous week, EFL clubs remain on a financial tightrope. Project Big Picture, concocted by Liverpool and Manchester United and backed by EFL chairman Rick Parry, could have potentially given them a £250m windfall to ease immediate concerns.

However, there were fears it would have put too much power in the hands of the ‘Big Six’ top-flight clubs. And last Wednesday, Premier League clubs unanimously agreed that Project Big Picture would not be ‘endorsed or pursued’.

Instead, the clubs agreed to work together on a new strategic plan for the financing of English football and offered a £50m rescue package for League One and Two clubs.

That was rejected by the EFL, who said that any rescue package must meet the requirements of all 72 clubs and that the ‘conditional offer’ of £50m fell ‘some way short’ of their financial requirements.

That stance has been backed by long-serving Gills chief Scally.

“Two days before one Premier League club bought a player for £16m – and they are offering us £4m more between 48 clubs. They have spent more than £1.2 billion on transfers in the last few months.

“The offer they’ve made makes it clear why Project Big Picture, which wasn’t a finished version, is so essential. We need a redistribution of the wealth in English football and I don’t think the Premier League are capable of doing that.

“The wealth in the Premier League hasn’t been equitably distributed throughout football and that goes down to below the EFL.

“There are too many self-interests and as a leadership and body, they haven’t grasped what’s really required. To be fair, that’s why Rick Parry should be applauded – he’s realised that.

“The pyramid has been the underpinning of football in this country for the last 100-odd years, but the Premier League have their sweets and want to keep them for themselves.

“It may need the Government or an external body to come together to make those decisions.”

While the arguments about funding go on, EFL clubs are living on the breadline without fans being able to attend.

“I think the Government need to come in on a temporary basis to save EFL clubs, particularly those in Leagues One and Two,” explained Scally. “They are the most critical areas at this time.

“In general, Championship clubs have wealthy owners who are capable of supporting their clubs in difficult times.

“They owners in Leagues One and Two are people like myself – we don’t have wealth behind us. We do give a good service to our communities and run our football clubs within tight budgets.

“But I think a lot of clubs are going to struggle to get to Christmas, it would be amazing if everyone did. The Government do need to support us.”

However, Scally admitted he isn’t optimistic aid will be forthcoming.

“We aren’t getting any help from Government,” he added, “though they are putting £1.5bn into the arts. Is it Conservative snobbery, they think that’s more important? I don’t see any kids lining up for the arts, but they are lining up for sport.”