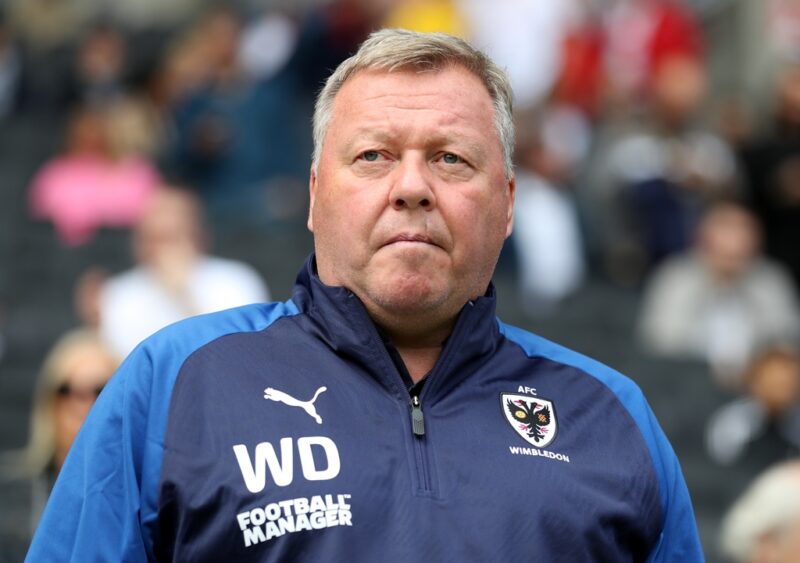 Wimbledon manager Wally Downes has been suspended by the League One club having been charged by the FA for a breach of gambling regulation.

The FA charge relates to eight bets placed on football matches between 30 November 2013 and 12 July 2019.

The club decided to suspend Downes with immediate effect allowing the club and the board of the Dons Trust to investigate the matter fully.

Downes had been Wimbledon manager since December when he replaced Neil Ardley and managed to keep the south-west-London side in League One.

The Dons are 22nd in League One and are yet to have won a league match this season.