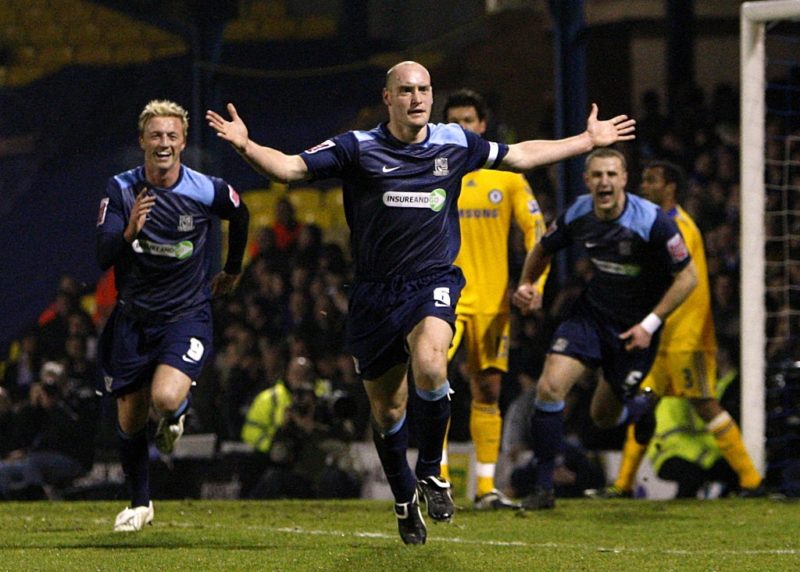 ADAM Barrett is on a special mission when he runs the London Marathon next Sunday – to raise as much money as he can to thank the charity who provided invaluable support to his late mother.

The Millwall first-team coach’s mum June passed away last year after a brave battle against PSP (Progressive supranuclear palsy), but he will always be grateful to Havens Hospice for the help they gave her and the rest of the family.

It’s why the former Southend defender decided it would be fitting to try to repay them by raising money through his London Marathon effort.

The 39-year-old said: “My mum had a rare disease and there’s no cure for it. Havens Hospice were an amazing support for her, my dad, who was her carer, my brother and me.

“It’s purely charitable and they are building a new site in Southend. They are having to move because of the demand. They are amazing people and I also saw that though being an ambassador for Little Havens, which helps support children and their familiies.

“I can’t thank them enough and when I decided to run the London Marathon, I said I was going to raise as much money as I could to help with the new building.”

Barrett, who also played for the likes of Plymouth, Mansfield, Bristol Rovers and Gillingham in a lengthy playing career, admitted it hasn’t been easy clocking up the miles in preparation for the big day.

“The training aspect is tough when you are working and travelling,” he said. “I’ve had enough of the training and long runs on my own – I’m ready for it now.

“At the start I was thinking under four hours would be good, but the longer the training has gone on, the more I’m thinking I just want to get round in one piece!

“I’m nearly 40 and I’m not a runner, but I want to enjoy the occasion as much as possible.”

The marathon isn’t the only fundraiser on Barrett’s agenda. Alongside the Southend Echo’s Chris Phillips, he’s organising a charity match that will pit Southend’s League One title-winning squad from 2006 against the Colchester team that finished second that season.

The Sid Broomfield Trophy match has been pencilled in for Monday, May 20 (7.30pm) at Roots Hall with tickets priced £5 for adults and £1 for concessions, with the money raised also going to the Havens Hospice appeal.

“I’m a Southend boy, it’s my club and that was a really special time,” he said. “We pipped Colchester to the title that season and they got promoted as well.

“We’ll reminisce a bit, have fun on the pitch and hopefully a lot of people will turn up to watch.”

By that time, the regular season will have ended and Barrett will know if his current club, Millwall, are still a Championship team. It’s been a tough year for the Lions and they’re in a relegation fight, but Barrett sees cause for optimism.

“The lads have been playing some really good football over the last five or six games and we’ve had some good performances,” he said. “They are grafting for each other as shown by scoring in injury time at Sheffield United last week to earn a point.

“We went up last year and caught everyone cold, but this year was always going to be difficult. The financial power of teams in the division makes it tough, but the players are working their socks off. It might go to the last game, but I’m very confident we can do it.”

For tickets to the charity game, see http://www.shrimperstrust.co.uk/shop. They can also be purchased from the Southend ticket office (cash only) and will be available on the night.