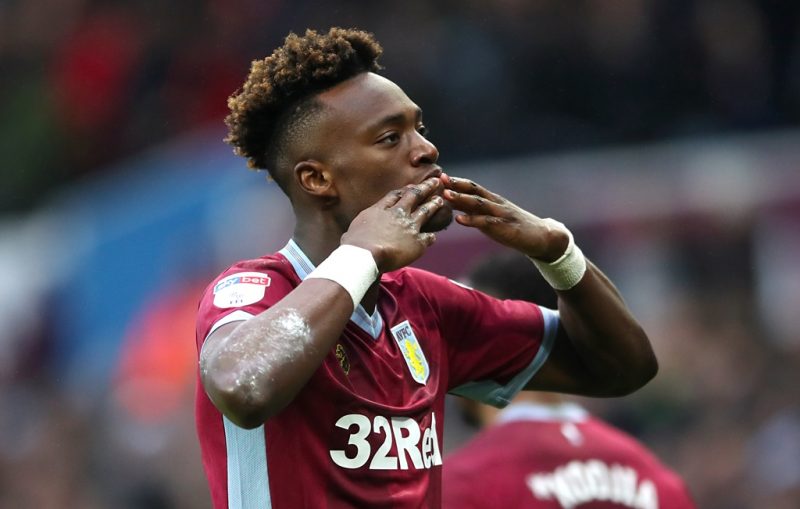 The Chelsea youngster has been on the goal trail in the Championship, going from strength-to-strength under manager Dean Smith.

And after scoring 16 goals in 21 appearances the loanee has notified parent club Chelsea of his desire to play in the Premier League.

The Blues have told the 21-year-old he is not in their immediate plans for the first-team, but Wolves have been alerted to the striker’s availability to lead a host of club’s interested in the England international’s signature.

Reports have claimed Wolves have lodged an £18m bid for Abraham which would see Chelsea bring his stay at Villa Park to an abrupt end.

The exit of Abraham would deal a major blow to Villa’s resurgence under Smith. The striker is the only player in the squad to have hit double figures, with the next highest scorer being Jonathan Kodjia on six goals.