BLACKPOOL fans could be forgiven for thinking someone was against them after they blew automatic promotion in successive seasons.

For the second season running, they reached the Twin Towers of Wembley as they bid to get out of Division Four.

The Seasiders were beaten on penalties in 1991 by Torquay United after blowing automatic promotion on the final day.

Twelve months later, they had another chance to go straight up when they went into the last league game only to lose to Lincoln City and miss out by a point.

After seeing off Barnet in the play-off semi-final, Billy Ayre’s side returned to Wembley to face Scunthorpe United – the team they had put out in the last four 12 months earlier.

It could have been a different story had Aldershot not gone out of business and had their points deducted as Blackpool had beaten them twice.

“When we played Torquay, we were quite confident and even went a goal ahead,” said David Eyres. “Big Dave Bamber missed a penalty and Torquay went on to win the game.

“We were devastated, absolutely gutted, but really determined the following season that, if we could keep the same squad and maybe add one or two, we could win promotion.

“We got ourselves into a position to go straight up and the last game of the season was Lincoln away. If we’d won, we would have gone up, but we lost.

“It was in our hands, like the season before when we had to go to Walsall. If we had won that game, we would definitely have gone up as well. So, it was a case of falling flat on our backsides.

“When Aldershot went out of business, it cost Tony Rodwell a hat-trick and us six points. We were gutted because we had worked so hard in both games.

“The goals were wiped off and the points, whereas it gave a couple of clubs around us the opportunity to get a bit closer.

“To be honest, going to Wembley two years on the bounce was a great achievement. I have always thought that, if you are going to go up, the best wayis via Wembley.

“It was heart-breaking the first season, one of the worst moments of my Blackpool career.

“When it came to penalties (against Scunthorpe), I was absolutely bottling it.”

Eyres scored what turned out to be the crucial penalty after Graham Alexander had missed for Scunthorpe. He remembers that half the ground thought he had missed as well.

“I had scored the odd penalty that season,” he said, “but I just made my mind up to hit it as hard as I could.

“The Scunthorpe keeper was a big lad and I thought I needed to put it as far in the corner as I could at pace. I smashed it and it hit the stanchion and came back past me. I hit it that hard.

“Half the ground thought I’d hit the post because the ball was heading towards the halfway line but I knew I had scored and celebrated.” 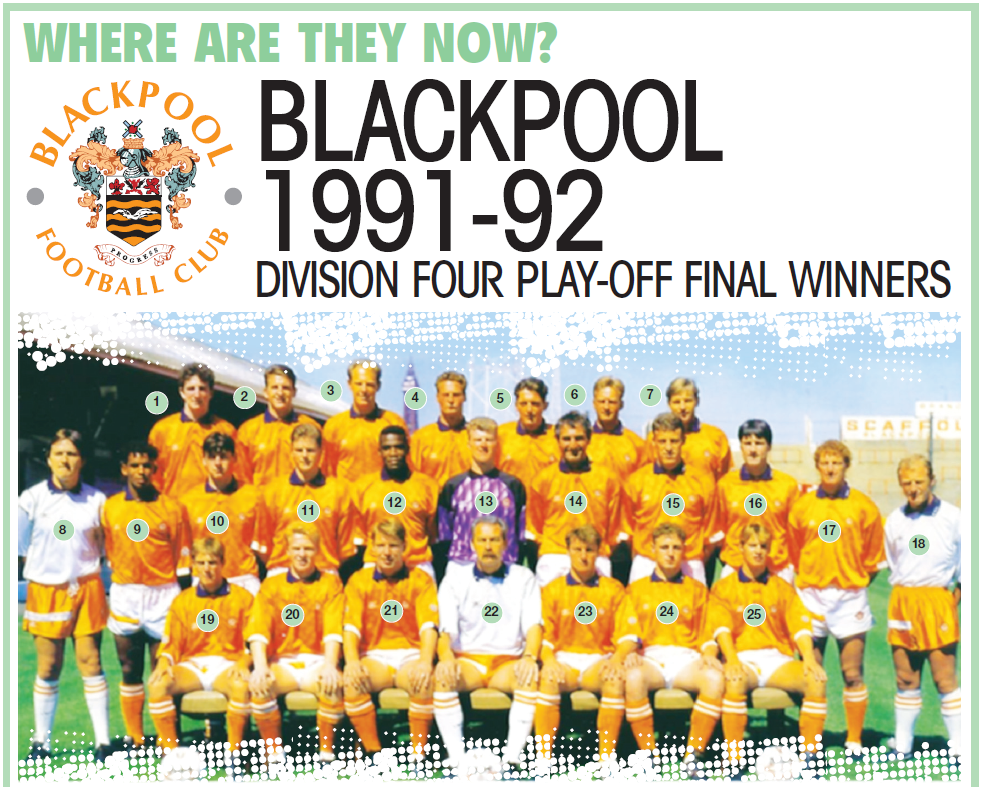