Jervis feels at home with Plymouth 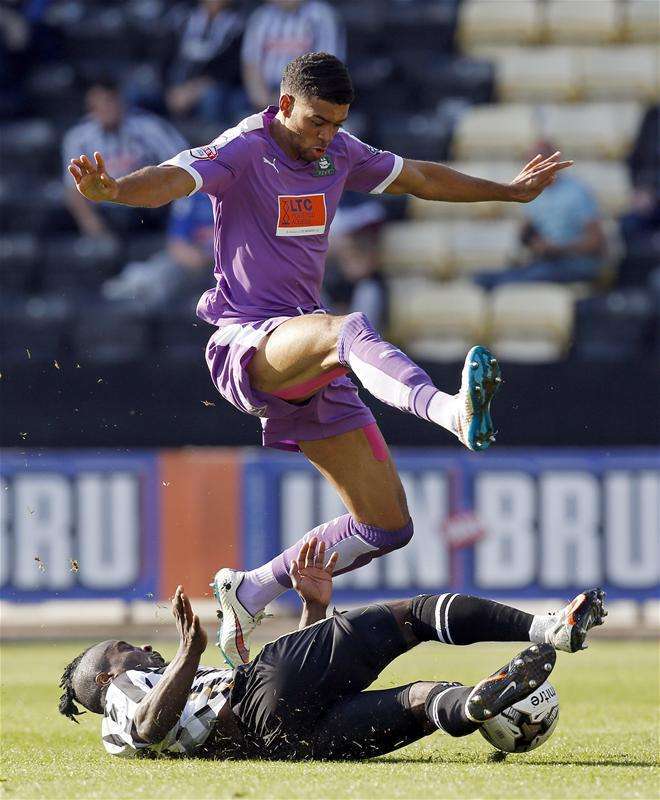 Much-travelled striker Jake Jervis had his first taste of the Devon derby on Tuesday night, but was well prepared for the occasion after a season spent in Turkey.

The 24-year-old turned out for ten clubs before a summer switch to Plymouth Argyle, among them Turkish Super Lig side Elazigspor for whom he scored away at

Fenerbahce in a fiery 2-2 draw in which three players were sent off.

And while Jervis does not regret his 12 months in Turkey, he is happy to be home.

“It’s a bit different over there,” he said. “If things aren’t going right for the home team chairs start getting thrown around.

“It’s a lot easier being over here with my family around. I was on my own over there. I’m not someone that regrets anything I do and I’ve experienced playing abroad now, I know what it is like.

“I’d consider playing abroad again, but it would have to be the right move and for now I’m very happy to be back in England.

“To win the derby against Exeter was great. The boys moved the ball around well and the atmosphere was brilliant, but then there does always seem to be a great atmosphere at Home Park.”

Before arriving at Plymouth Jervis’ career has been stop-start to put it mildly. He has tried his hand in every corner of the country, being farmed out on loan from Birmingham, and most recently ended up north of the border with Ross County.

Twelve league starts for Portsmouth in the second half of the 2013-14 season is the most consistent run he has had at any side.

But his best goalscoring return has already been racked up at Plymouth, having found the net seven times this term.

Jervis does not want to be labelled a Football League journeyman, though, and hopes Home Park can become a permanent abode.

“It’s always important to settle as quickly as possible and I think the fact the team is playing so well has helped me,” he added.

“This is probably the longest run I have had in a first team, the manager has given me the confidence by showing he believes in me and I’d like to think I’m repaying that.

“Finding a home is something, before I moved, the manager spoke to me about. It’s important for my family that I stop moving around. If I’m enjoying my football then there’s no reason to move, whether Plymouth go up or not.

“We don’t want to look too far ahead, but at the moment we are doing very well. We’re keeping level heads, but having the fans singing about being top of the league is nice to hear.”