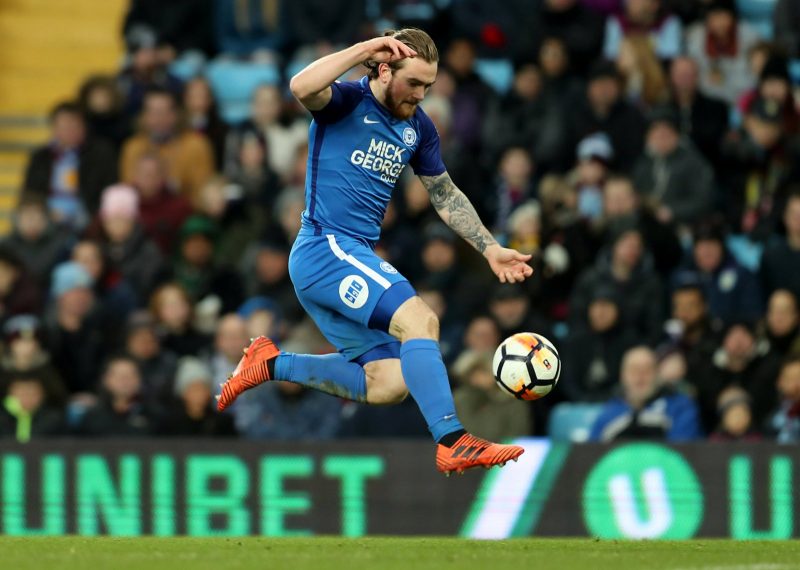 Call me biased but, for me, the League One Player of the Year has to be our very own Jack Marriott.

When I joined Peterborough in February, I knew we had some wonderful young players who were hungry to succeed.

From George Boyd to Dwight Gayle, that has long been the DNA of this football club.

But, even by those standards, Jack is special. He’s got great pace. He’s brave and strong, with two good feet and a work ethic that is second to none.

Most importantly, he’s scored 32 goals in 53 games. Even in the small amount of time I’ve been at London Road I can honestly say Jack is the best finisher I have ever worked with in 23 years as a manager – and, in my opinion, the best outside the Premier League.

His goals come through an array of quality finishes, but he also works so hard for the team. He is one of those players who is first in the training ground every morning and last out every day, so he really does deserve his success.

With all those attributes, this kid will only blossom the higher he goes, and we’re currently seeing unprecedented levels of interest.

I am not so sure my old club Leeds United can afford the lad, but he would be loved by those supporters. They deserve to be watching players as good as him.

In fact, Jack is wanted by several big Championship clubs and I can tell you exclusively today that one European club have been watching him closely in recent weeks – and on Thursday sought a valuation from our chairman. Mark my words, this kid is going to the top.

Talking of top players, what about Ruben Neves at Wolves? Like Jack in League One, I really don’t think there are any other contenders for the Championship player of the year award.

The £15.8m midfielder is a Champions League player in the Championship and is head and shoulders above everyone else.

I was at his game in midweek when Wolves easily beat Derby County. Neves scored a remarkable volley, but it was his total control of the game that impressed me. He has so much class, great vision and an exceptional work-rate.

League Two is harder to call. There are a few protagonists who can stake a claim but I have gone for Billy Kee at Accrington, another natural scorer.

Off the pitch, the lad has had his well-documented problems, but on it he is a cast-iron guarantee of goals, with 23 in all competitions this season.

And they aren’t just any goals. His contribution has played an instrumental role in helping Stanley, led by the brilliant John Coleman, to League One.